by Maggie Dolan and Abby Schreiber
PAPERMAG
09 September 2013
In a recent interview with Slate magazine, Kim Gordon revealed that she's going to appear on Season 3 of Lena Dunham's ode to the terrible life decisions of twenty-somethings and ill-fitting rompers, Girls. No details yet on what her role will be -- proprietor of a small-batch ice cream company? Bitchy Bushwick gallerina? Editor of a small publishing house who picks up Hannah's e-book after it's dumped by John Cameron Mitchell? --  but, as we wait for Gordon to make her cameo, we've rounded up seven other musicians we'd like to see join her on the show. 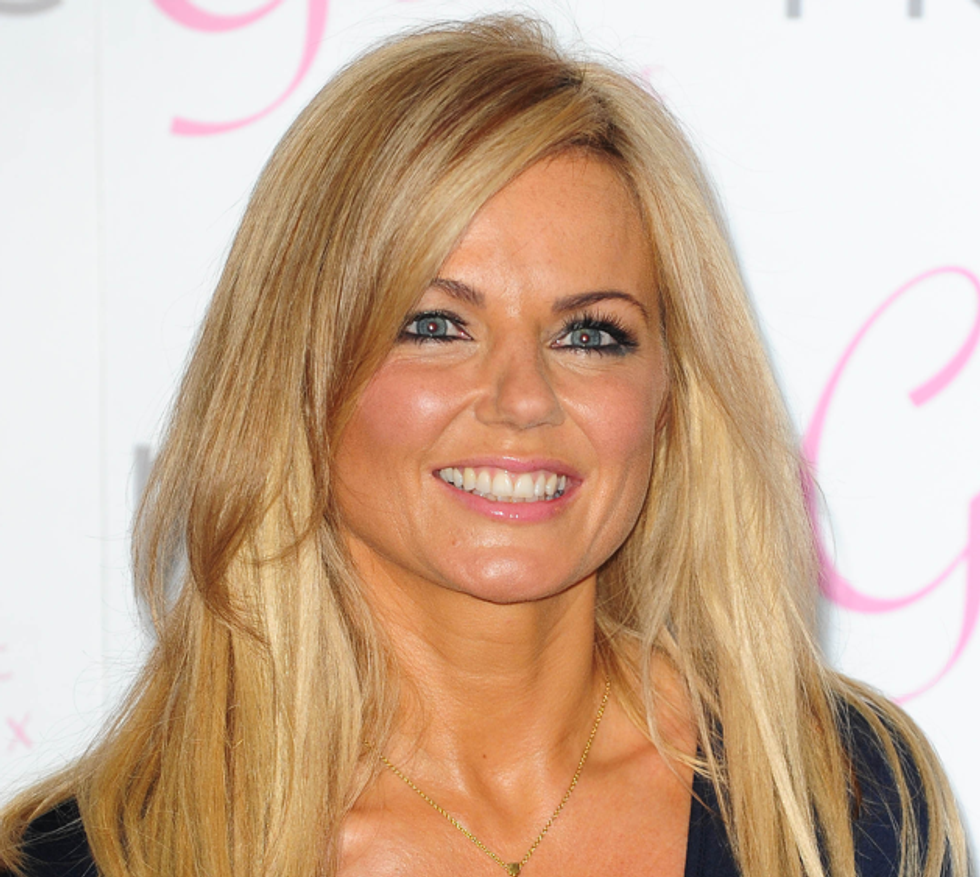 Geri Halliwell as...a SoulCycle Instructor
Shoshana becomes addicted to SoulCycle and convinces Hannah to go to a class with her, taught by her favorite instructor, Benji, who used to teach her spinning class at NYU. But when the two girls show up to the class, they learn that Benji's out sick and will be replaced by Halliwell's character. Manic -- and slightly evil -- Halliwell is a big change from the bubbly Soulcycle regulars and decides to pick on Shosh during the class, getting in her face and yelling at her to "STAY ON THE BEAT!" Previously holding her Soulcycle skills in high esteem, Shoshonna is devastated...until Hannah, feeling awkward and unsure of what to do, gives her a hug and buys her a bong and a vibrator on her new $1000-limit credit card. 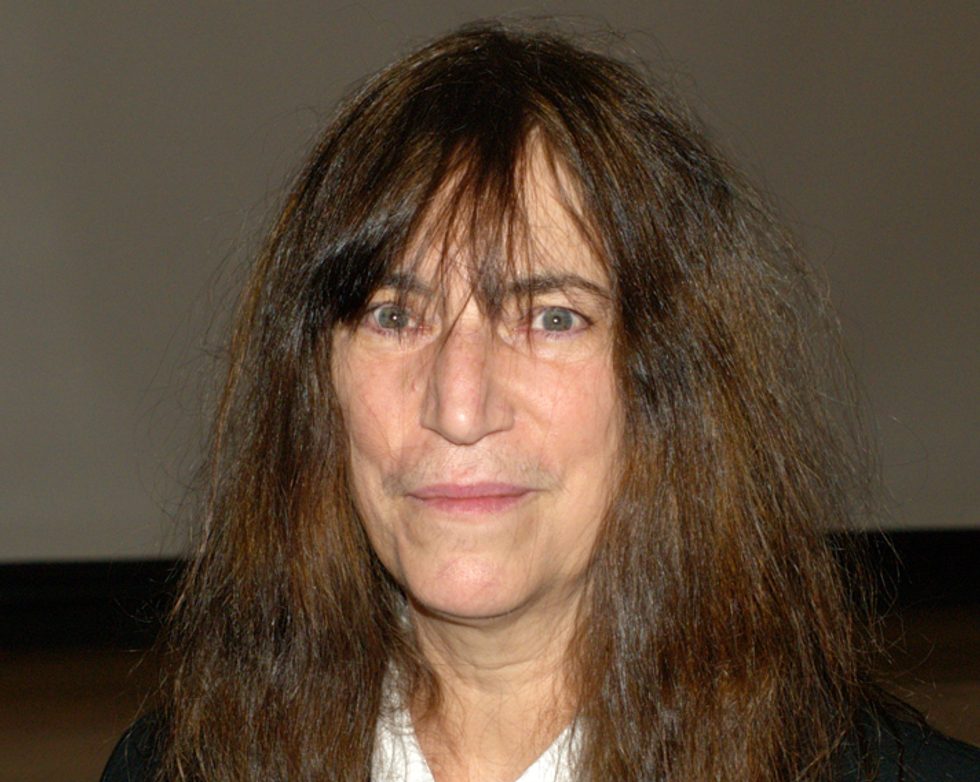 Patti Smith as...Adam's Mom
Now that Adam and Hannah are back together, he wants to introduce her to his parents. Adam's mom is a performance artist who had brief success in the 80s before being blacklisted for outing a famous collector's WASPy wife as a lesbian. Bitter and dominating, Smith's character is obviously still holding on to her 15 minutes. Hannah, desperate for Adam's parents to like her, drinks too much and talks nonstop about herself, revealing that she once shit her pants on a school field trip to a science museum. Meanwhile, Marnie, who is still desperate for a 'real' job, is reeling after her relationship with Charlie fails for good (don't forget that Christopher Abbott won't be returning to the show). After a bad OkCupid date, Marnie crashes the dinner in hopes of meeting Smith by 'coincidentally' running into them at the restaurant. Embarassment ensues. Hannah goes home and sits in the bathtub. She pees in the tub and starts crying. Fin. 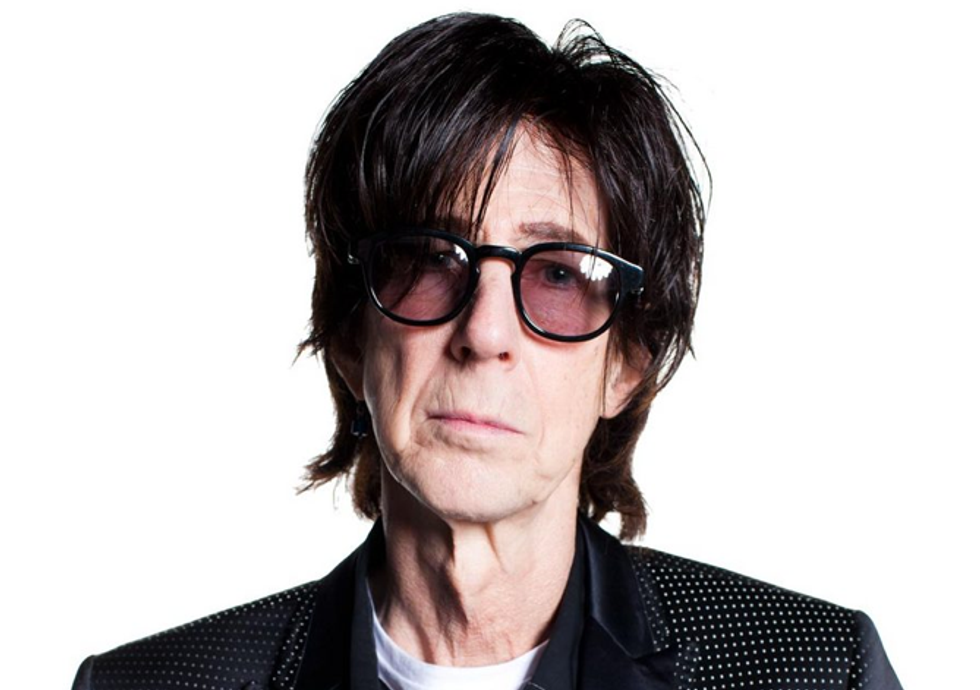 Ric Ocasek as...Adam's Dad
A carpenter specializing in mid-century Scandinavian furniture, Adam's dad is quiet and polite. During dinner with Adam and Hannah, he is nearly silent the entire evening while his wife dominates the conversation, discussing her art. Hannah realizes her and Adam's relationship mirrors that of Adam's parents, with her reflecting Ocasek. After dinner, she has a breakdown, crying and peeing in the bath tub, while Adam convinces her they are nothing like his parents. 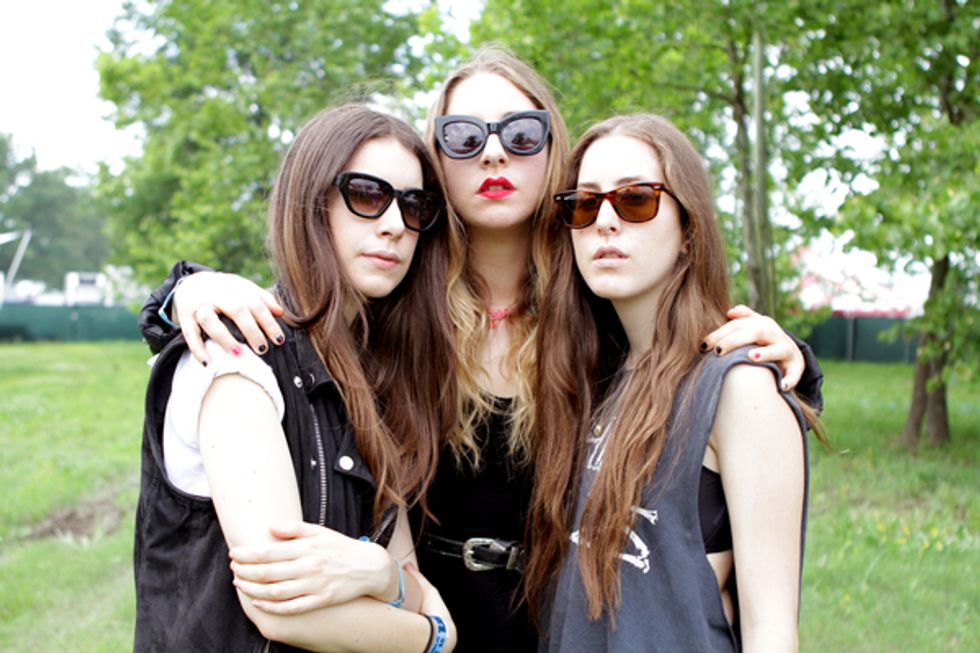 Haim as...a Brooklyn girl gang
While all four girls are out at a rooftop party for the 4th of July, they run into the Haim gang who are known for ruling Greenpoint -- "anything North of Fives Leaves." They ride around on super tricked out bikes in Americana hipster-wear, bullying all the new Murray Hill transplants. At the party, a drunk Marnie starts hitting on one of their boyfriends and all hell breaks loose. For the rest of the episode the Haim gang terrorizes Marnie and friends until Jessa finally settles the score by beating Danielle in a whiskey-fueled Big Buck Hunter match. 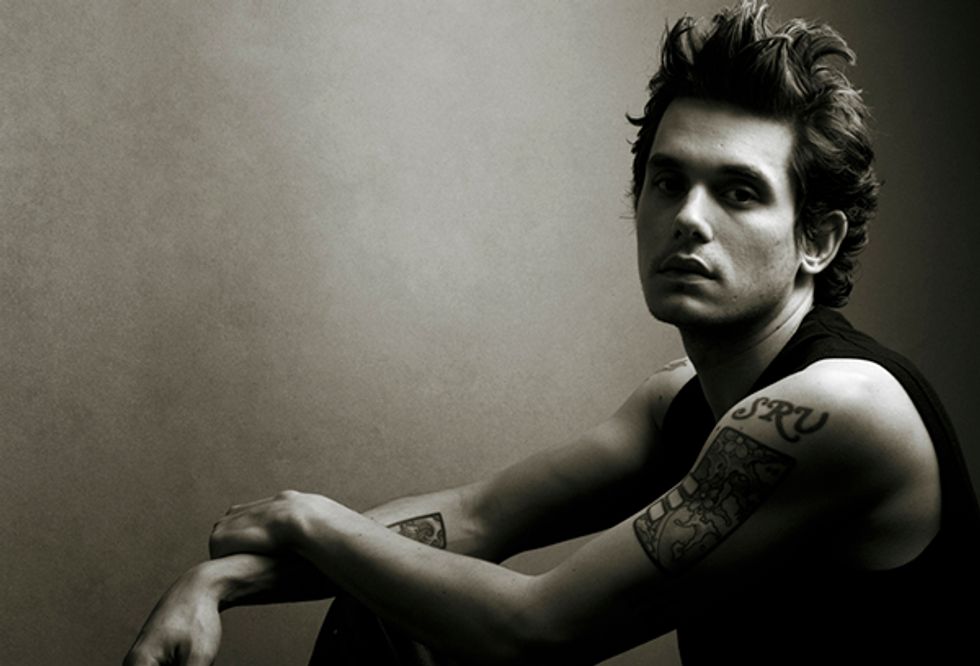 John Mayer as...a Lame Williamsburg Playboy
Shosh, depressed about her break-up with Ray, goes on a boy binge. While out one night with Hannah at The Woods, she downs Cosmopolitans out of pint glasses and drunkenly booty dances with randos. Hannah deserts her to go be with Adam, and Shosh has to find her own way home. Luckily she runs into Mayer smoking outside by the taco truck, and he offers to take her home on his Vespa. Mayer's character is a lead singer of a Brooklyn band called "Ethan Embryo" and has a beard and an impotency problem. Shosh is convinced she's the reason he can't get it up until Jessa reveals she's slept with him too, and promises her that Mayer is, literally, just lame. 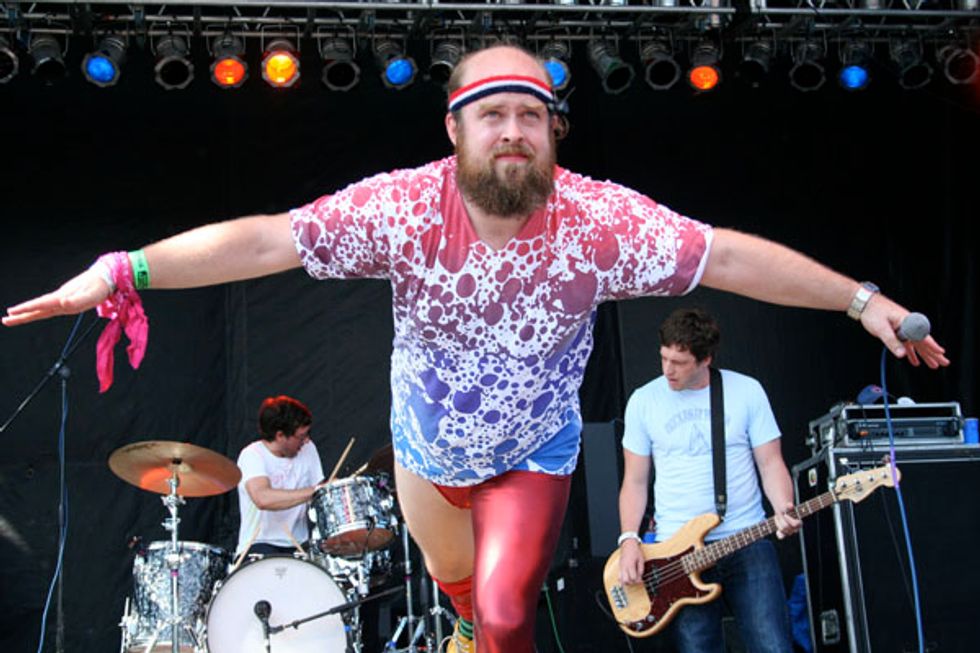 Tim Harrington as...a Hothead Chef
After Adam realizes he's broke, he takes a temp job in a catering kitchen to pay rent. Harrington (who's wife is a cookbook author) is the archetype aggressive, hothead chef, but with a chip on his shoulder now that he no longer works in restaurants. Harrington and Adam butt heads immediately causing Harrington to have it out for Adam. While working a private party on the Upper East Side, Harrington goes too far and Adam loses it, causing him to strip off his chef's jacket (so he's down to his bare chest obv) and run through the house throwing food and drink in his wake. 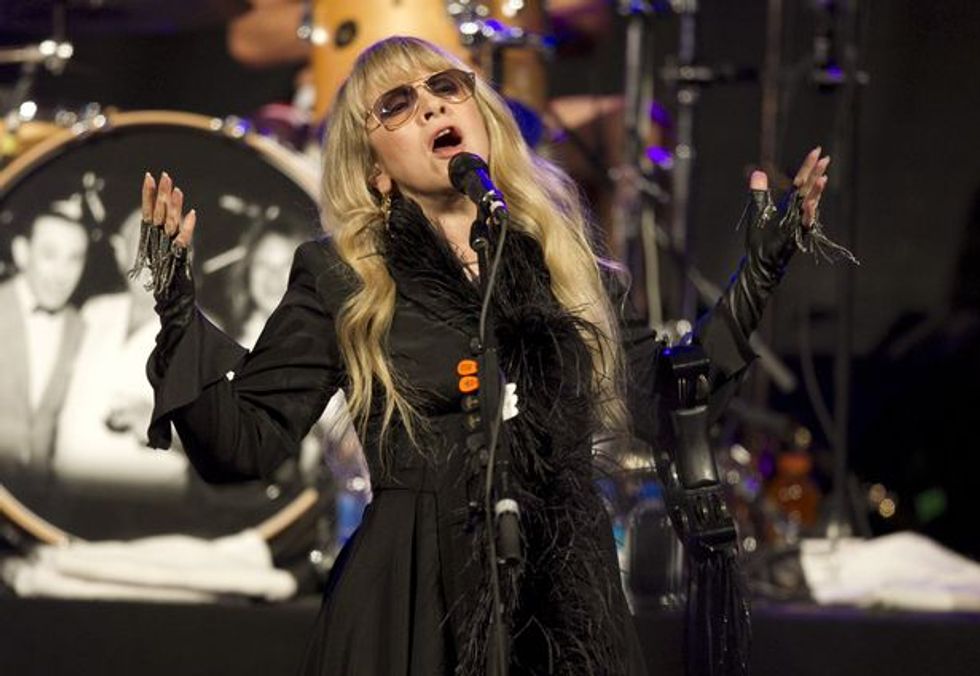 Stevie Nicks as...a Vintage Store Owner
While spending an afternoon vintage shopping on the Lower East Side, Jessa falls upon Nicks' shop and immediately becomes obsessed with her AND the idea that Nicks' is her long-lost aunt. Nicks' character is suffering from early onset dementia and goes along with the idea until her real niece shows up at the store to take her to her monthly doctor's appointment. Jessa is devastated and disappears to Bali.