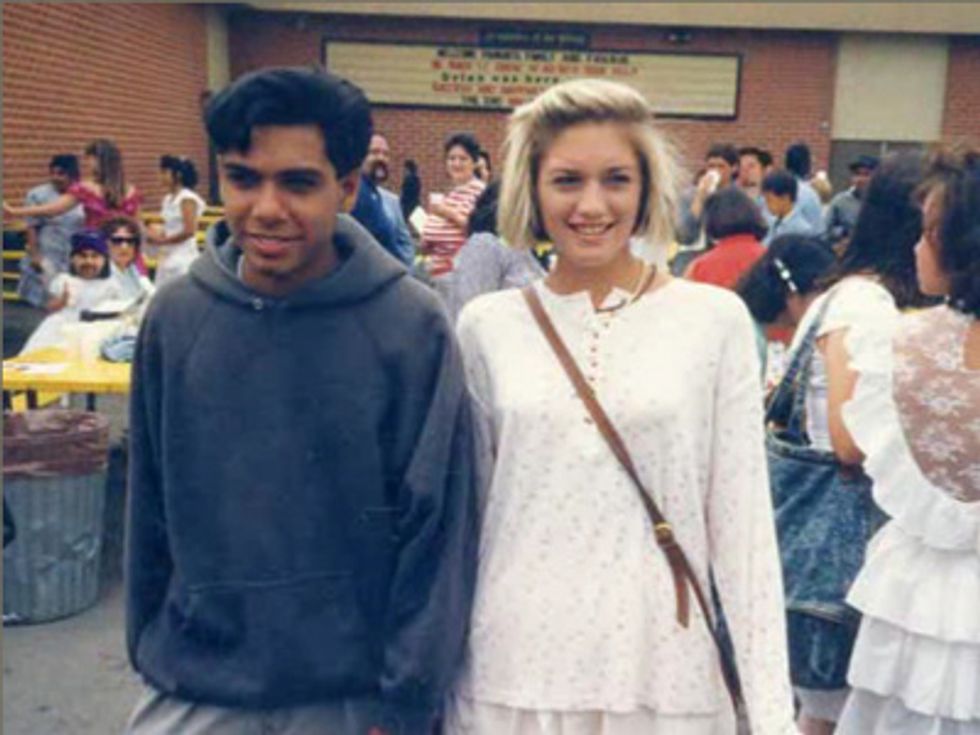 by James Rickman
PAPERMAG
With Valentine's Day here, it's nice to remember that sometimes friendships -- and even the scalding friendship-crucible of bands -- can withstand breakups. Here are 7 pop/rock outfits that survived romantic meltdowns within their ranks, from the obvious to the relatively obscure.
Fleetwood Mac
Breakups: Stevie Nicks and Lindsey Buckingham; Stevie Nicks and Mick Fleetwood; Christine McVie and John McVie; Christine McVie and a lighting director...
Postmortem: "We know exactly what to say when we really want to throw a dagger in. And I think that that's not different now than it was when we were 20. And I don't think it will be different when we're 80." --Stevie Nicks [Rolling Stone]
Few people realize that, while they presented themselves as fun-loving friends who'd rather sing about road safety (see: "Landslide," "The Chain[s]") than troubled relationships, certain members of Fleetwood Mac were intimately involved with each other! We can only imagine how much better albums like Rumours would have been if not for the romantic tumult.
Sleater-Kinney
Breakup: Corin Tucker and Carrie Brownstein
Postmortem: "I feel like Corin knows the map of my veins. And you don't always want someone to know those things." --Carrie Brownstein [Rolling Stone]
The breakup, which almost did the whole band in, happened during the making of Sleater-Kinney's second album. Whole new levels of awesomeness, including this year's comeback album, were still to come.
Quasi
Breakup: Janet Weiss and Sam Coomes
Postmortem: "He has a 15-month-old little girl, I just adore his child. And his girlfriend is great -- it's more like a family to me." --Janet Weiss [The Seattle Times]
Not to be outdone by her Sleater-Kinney bandmates, drummer Janet Weiss continues to play with her ex-husband Sam Coomes in their tuneful and ass-kicking band Quasi; their marriage ended just two years into Quasi's long career, in 1995.
No Doubt
Breakup: Gwen Stefani and Tony Kanal
Postmortem: "We were on tour for Tragic Kingdom for 28 months. We were going through the breakup, and in every interview we were talking about it so we were opening this wound on an hourly basis." -- Tony Kanal [The Guardian]
Notes: Do Gwen Stefani and Tony Kanal exchange meaningful glances when they play "Don't Speak"? Probably not. They most likely used up all their emoting way back when they shot that scenery-munching video.
White Stripes
Breakup: Meg White and Jack White
Postmortem: ""Shit, try being in a two-piece where the other person doesn't talk!" --Jack White [Rolling Stone]
Notes: Stop what you're doing and watch Under the Great White Northern Lights, a heartbreaking documentary that follows Jack and Meg White on a Canadian tour toward the end of the band's life. Their sober yin / raging yang dynamic has probably never been equaled in rock music, or sustained for so long.
Rilo Kiley
Breakup: Jenny Lewis and BlakeS ennett
Postmortem: "It was because of my shopping." --Jenny Lewis [SPIN]
Notes: Unclear when exactly Sennett and Lewis ended their relationship, which stretches back to the early days of Rilo Kiley, but the fraught chemistry between them was a huge part of what made their songs so good.
Superchunk
Breakup: Mac McCaughan and Laura Ballance
Postmortem: "I think we went out for like six years, and it probably took at least another six to get normal. Sometimes I think we still get on each other's nerves in certain ways we wouldn't if we had never gone out -- though then again, for as long as we've been working together, how could we not get on each other's nerves sometimes?" --Laura Ballance [Indy Week]
Notes: Maximum bonus points to these two for running a band and one of the world's most successful indie labels post-breakup. I mean, how?
You May Also Like
Fashion