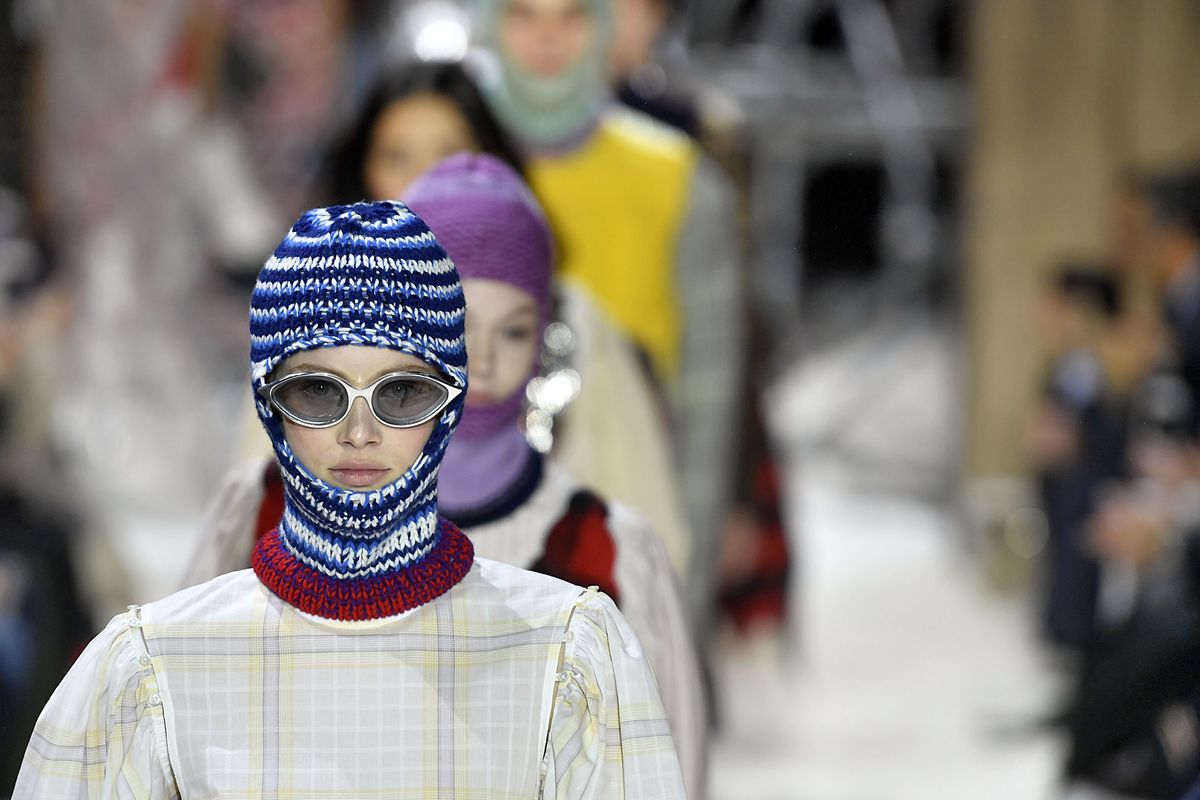 Raf Simons loves America. At least that's the feeling you get at his shows for Calvin Klein. This season the venue was ankle deep in pop corn and featured several barns at once evoking rural America and a trip to the movies.

There were a few references to his spectacular show last season- like the patch front shirts and sleek trousers but most of the show was about way oversized silhouettes in jackets and sweaters mixed with high-fashion prairie dresses.

We chose our six favorite looks that we'd like to be wearing next season.