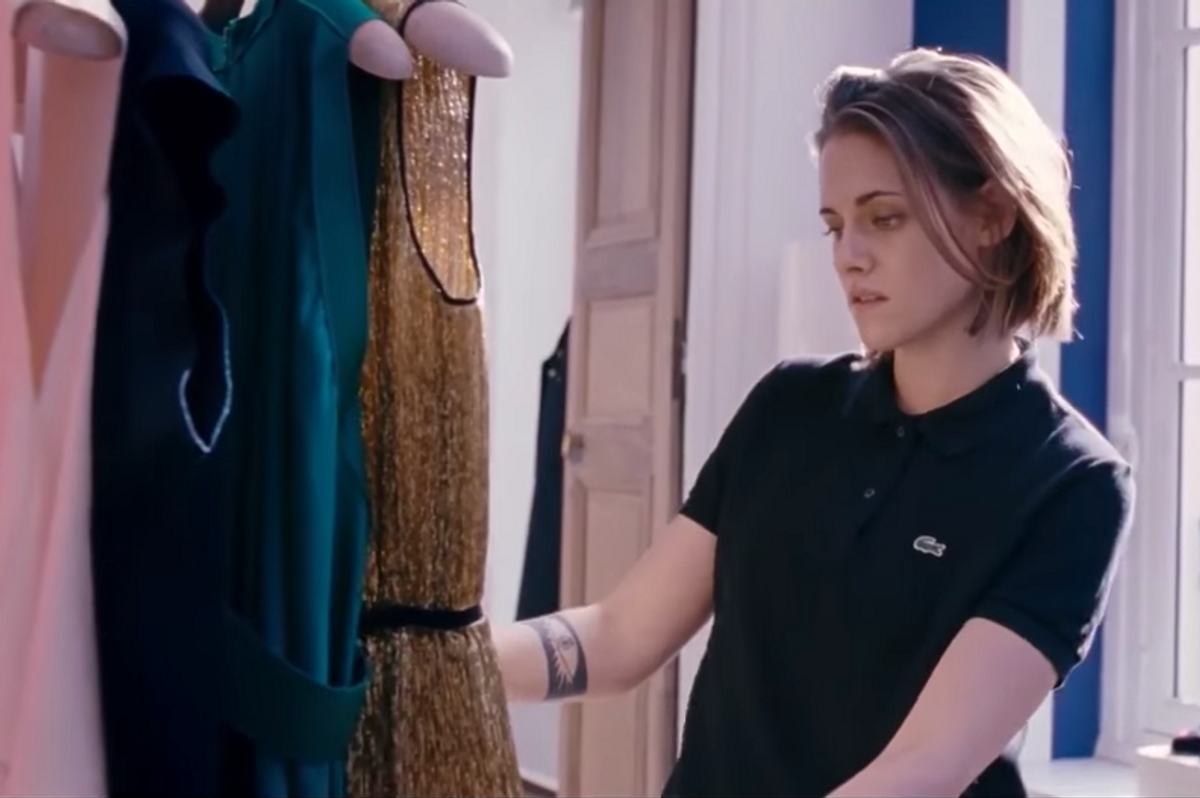 6 Films to See in March

From a stomach-churning French fantasia to a Shirley MacLaine vehicle, here's what to see this month.

There is an aching melancholy at the heart of director Francois Ozon's exquisite and haunting remake of Ernst Lubitsch's 1932 anti-war film Broken Lullaby. Set in Germany after the end of World War I, Anna (Paula Beer) is still grieving the death of her fiancé- Frantz, killed at the Front. Anna still lives with Frantz's parents- a doctor (Ernst Stotzner) and his kind wife (Marie Gruber) and her grief consumes her. She suddenly sees a mysterious Frenchman Adrien (Pierre Niney) leaving flowers at her lover's grave and makes his acquaintance. He says he was a close friend to Frantz, and his stories bring some sense of solace to the bereft parents and an intrigued Anna. All the while tensions rise in the town at the Frenchman's presence. Filmed in luxurious black and white with subtle bursts of color during specific scenes that psychologically work beautifully. It's a film about grief, forgiveness, regret and rebirth in many ways, but it's done with great tenderness. This is one of the talented director Ozon's very best films.

This is the French film that reportedly caused audience members to faint at the Toronto International Film Festival. Directed by Julia Ducournau, it stars the sweet-faced Garance Marillier as the virginal, vegan Justine, who goes through a brutal hazing in her early days of Veterinarian college where she is forced to eat some disgusting bit of beef. Her body breaks out in a hideous rash and suddenly she craves meat of all sorts. Much to her gay roommate's (the terrific Rabah Nait Oufella) alarm she starts spinning dangerously out of control. Her wilder older sister Alexia (Ella Rumpf), also at the school, begins to unwholesomely encourage her carnivorous ways. There are all sorts of complex emotions working here, and the film does capture the delirious abandon Justine experiences in college, all the while grossing you out with deeply unsettling imagery. I began to wonder if this gloriously warped film wasn't going to address some fundamental questions I had, but the sly, fabulously sick, ending was sardonically satisfying.

Kristen Stewart plays Maureen, the harried personal shopper for a wealthy woman in Paris, shuttling back and forth to London for new fashion ensembles for her boss to wear to charity events. She hates her job but needs to be in Paris, because since her twin brother's sudden death she revisits his empty house to wait for a sign from him from the afterlife. Ever since they were young the twins felt they had psychic abilities and made a pact to contact the other after death. Strangely enough Maureen gets her sign, but the spirit she makes contact with may not be her brother, but something more malevolent. Then there's the mysterious stranger texting her. Olivier Assayas's film is a weird hybrid, partly Maureen's spiritual journey through grief, and part thriller. Sure to divide audiences, I was riveted throughout and thought it daring and dazzling.

Bart Freundlich's (The Myth Of Fingerprints) new film is an emotionally charged story of Anthony, a rising NY high school basketball star (a breakout performance by Taylor John Smith), striving for a sports scholarship to Cornell but dealing with his volatile, gambling addicted, dad (a terrific Michael Shannon). Stirring without sentimentality, this one really packs a punch. With excellent turns by Carla Gugino as his long-suffering mom and Zazie Beetz as Andrew's supportive girlfriend. There is a night feel for NYC, and the scenes around the basketball court in the West Village where he meets mentor Socrates (John Douglas Thompson) has a great emotional snap to it.

A guilty pleasure. This film by Mark Pellington offers a great role for Shirley MacLaine as Harriet. a difficult, wealthy, ex-businesswoman who micromanages everyone in her life--from cooks to gardeners to hairdressers. She becomes obsessed with making sure her obituary reads well and, because of her generous donations to the local newspaper, she railroads the obit writer Anne (Amanda Seyfried) into composing a funeral notice to her liking. Harriet even appropriates an orphan (the delightful AnnJewel Lee Dixon) to pad out and enhance her "credits." MacLaine is a perfect fit for this and brings a nice balance of compassion to her steely disposition, and Amanda Seyfried is just wonderful.

It's The Office meets Battle Royale in director Greg McClean's (Wolf Creek) sardonic, grisly, thriller. Set in Colombia, where many Americans work in corporate offices in a monolithic building at a very remote location. One fateful day there is new crew of gun-toting police guarding the building and without warning a voice booms over the public-address system that they are about to play a "game" and steel walls clamp down over the windows and doors and they are asked to kill each other to stay alive. John Gallagher Jr. is wonderfully appealing as the voice of reason, and Adria Grjona is terrific as his girlfriend who snaps into survival mode with ease. Typically, there are some who become instant villains who will stop at nothing to survive, and actors like Tony Goldwyn and the deliciously nasty John C. McGinley dig into these parts with fiendish relish.