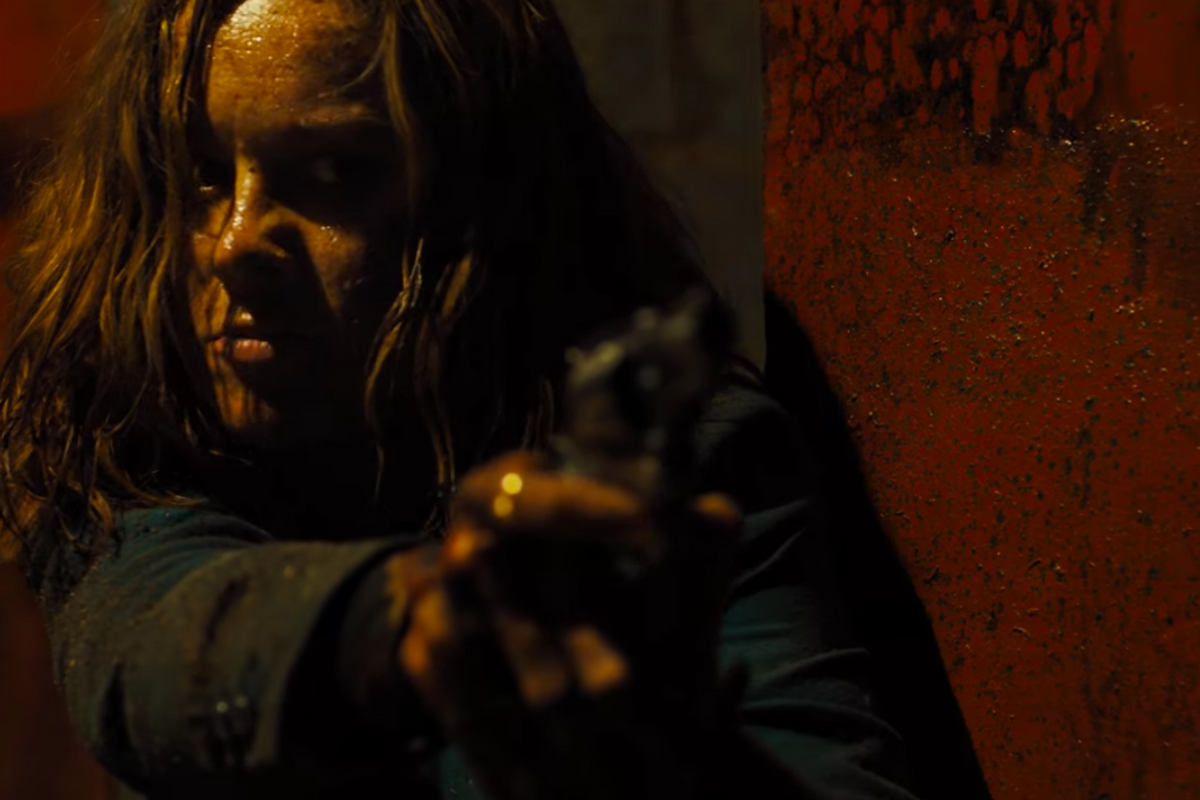 6 Films to See in April

An illicit sale of firearms at a deserted warehouse on the docks of Boston in 1978 goes horrifically wrong in director Ben Wheatley's (Kill List) high octane bullet ballet. Cillian Murphy plays an Irishman paying for the firearms and Armie Hammer plays a dapper negotiator but a beef between two thugs causes a shootout that escalates wildly. Then two strangers show up and start firing at everyone. Like a Warner Brothers cartoon but with blood. Eventually everyone is riddled with bullets and continues blasting. "What side am I on?" someone questions when the gunplay stops momentarily. The whole cast is just sensational, including Sam Riley, Sharlto Copley and Brie Larson. Keeping something like this roaring along in such a confined space for an hour and a half is not an easy feat and Wheatley succeeds spectacularly--and adds his own sardonic dark humor to the mix.

An appealing Jacob Latimore plays Bo, a young man raising his little sister (Storm Reid) after their mother's death. He makes money by performing magic on the street and his card tricks and acts of levitating objects are indeed a wonder. During one sidewalk performance he even meets a lovely girl (Seychelle Gabriel) with an unhappy home life. But he also supplements his income selling drugs for a fearsome hood (Dule Hill), and a screw-up puts his life, and his family, in extreme danger. He has to use his formidable skills of sleight of hand, and science, to defeat his enemies. Director J. D. Dillard's film crackles with energy and inventiveness, and the big dramatic showdown at the end is sheer magic.

Director Michael O'Shea tells the languid, ravishingly strange tale of a young African American boy named Milo (Eric Ruffin), living with his brother in the projects of Rockaway, Queens, who's convinced he's a vampire. Milo is outwardly shy and Impassive, but when alone he keeps detailed notebooks on the "rules" of hunting and drinking blood. He also has an encyclopedic knowledge of vampire movies like Let The Right One In, Martin, and Near Dark. He meets and befriends a slightly older, self-destructive, white girl in the building--Sophie (Chloe Levine)--and when she encourages him to read the Twilight books he objects on the grounds that they probably will be "unrealistic." The reality for Milo is that he actually does troll the parks and men's rooms of the city searching for victims to exsanguinate. Those scenes are surprisingly chilling. There is a deadpan lyricism to the film that is just transfixing.

A disturbingly bleak, defiantly unsensational, black & white portrait of an infamous crime in Prague in the 1970s when a woman behind the wheel of a truck plowed purposefully into a group of strangers, injuring and killing many. Olga (the fantastic Michelina Olszanska) had a miserable, unhappy, childhood. She was placed in an institution as a teen where she was further attacked. She went to work as a driver in Communist Prague where she was bullied and vilified by co-workers. She smokes and reads incessantly. Even tries to enter a relationship with a woman that ends badly. She identifies herself as a lesbian but her social skills are nil. Hunched over with her hair in her face one man asks: "Are you angry?" To which she replies: "I always look like this." For her, the final act of terrorism is almost political in its reaction to years of bullying. Directors Petr Kazda & Tomas Weinreb have carved out an austere and incredibly affecting portrait of simmering rage and the scary consequences.

Dan Stevens has made some really cool choices after dramatically leaving Downton Abbey. And each one makes you realize how good an actor he really is. Here he excels in this bittersweet tale of a blind husband and father whose sight is miraculously restored one morning. His belief that everything will get better soon sours when he aggressively rises the corporate ladder at work, alienating his blind co-worker and friend (Oliver Platt) and distancing himself from his lovely wife (Malin Akerman). The unforeseen consequences of a granted wish should be familiar to readers of "The Monkey's Paw," as his miracle changes him--and not for good. Director Ido Fluk's film is so visually resonant from the first frames of blurry darkness to the hallucinatory greens of the foliage outside when he first regains his sight in this well-acted, emotionally charged film.

The Lost City Of Z

Based on the fascinating real life of British explorer and military officer Colonel Percy Fawcett (Charlie Hunnam), who courageously and repeatedly explored the uncharted regions of the Amazon along with Corporal Henry Costin (Robert Pattinson) searching for the mythical lost city of El Dorado in the early 1900s. Director James Gray's lush, evocative, slightly overlong epic captures the obsessive nature of this man, whose thoughtful scientific studies about the indigenous people he encountered during his travels were laughed off by the scientific community at the time, and whose long absences from home rightly strained the relationship with his wife (Sienna Miller) and children. The jungle sequences are ripe with beauty and terror as the movie tries to make sense of the mystery of what possibly happened to him 1925 when he disappeared during an expedition and was never seen again.