Printed Matter's LA Art Book Fair: an overstimulating horrorshow of beautiful things your brain is too scrambled to tell your eyes to look at. This year, in the wake of LA's 750-thousand strong Women's March, which happened just down the street, the feminist representation at Printed Matter feels particularly poignant and visible. For example, the Voluptuous Horror of Karen Black closed Thursday night's preview like this:

We might be post-fact, but #information takes on a new tone when you can hold it in your hands. Pulp and zines have never been more relevant. We rounded up six awesome feminist creators who exhibited last weekend whose work champions sex positivity, gender fluidity, and feminist principles. Check them out below.

Heather Benjamin is a Printed Matter OG. She began interning for them when she was still in high school. Primarily a book and zine artist, Benjamin took her New Jersey punk POV to RISD to study printmaking. Her work is largely autobiographical, in a symbolic sense. The work has its own logic and works within a richly developed language that deals with self- perception, self- love, and self- loathing. She draws thematic influence from 1950's romance comics and visual influence from the pre-Raphaelites.

Girls Like Us is a Brussels-based independent magazine that spotlights an international community of artists of all genders. Jessica Gysel, the magazine's founder, explained that the goal of Girls Like Us is to show how many options girls, women and nonbinary people have in regards to their self- expression. There is more than one way to be and to become a girl.

Sarah Faith Gottesdiener and Nicole Killian collab on a project called Issues that collects work from queer, feminist and/ or female- identified artists and thinkers. Plus, they slang some pretty sick swag via Modern Women, like "Famous Witches" shirts, feminist moon prints, and women totes.

Brooklyn-based Caroline Paquita of Pegacorn Press is grossed out by the current political climate. She describes her practice as a "Feminist, Queer, 'Total-Art-Freaker' Publishing Adventure." Most of the art she produces in her at-home press is her own, but if you fit into any of the above categories, she just might collaborate with you. Spirituality and meditation play a big role in her work, as well as an interest in a real or imagined pre-history in which nobody would dare to *grab* a pussy so much as worship its strength. Her work is equal parts Gaia worship, tender friendship, and off-the-wall, whimsical humor. 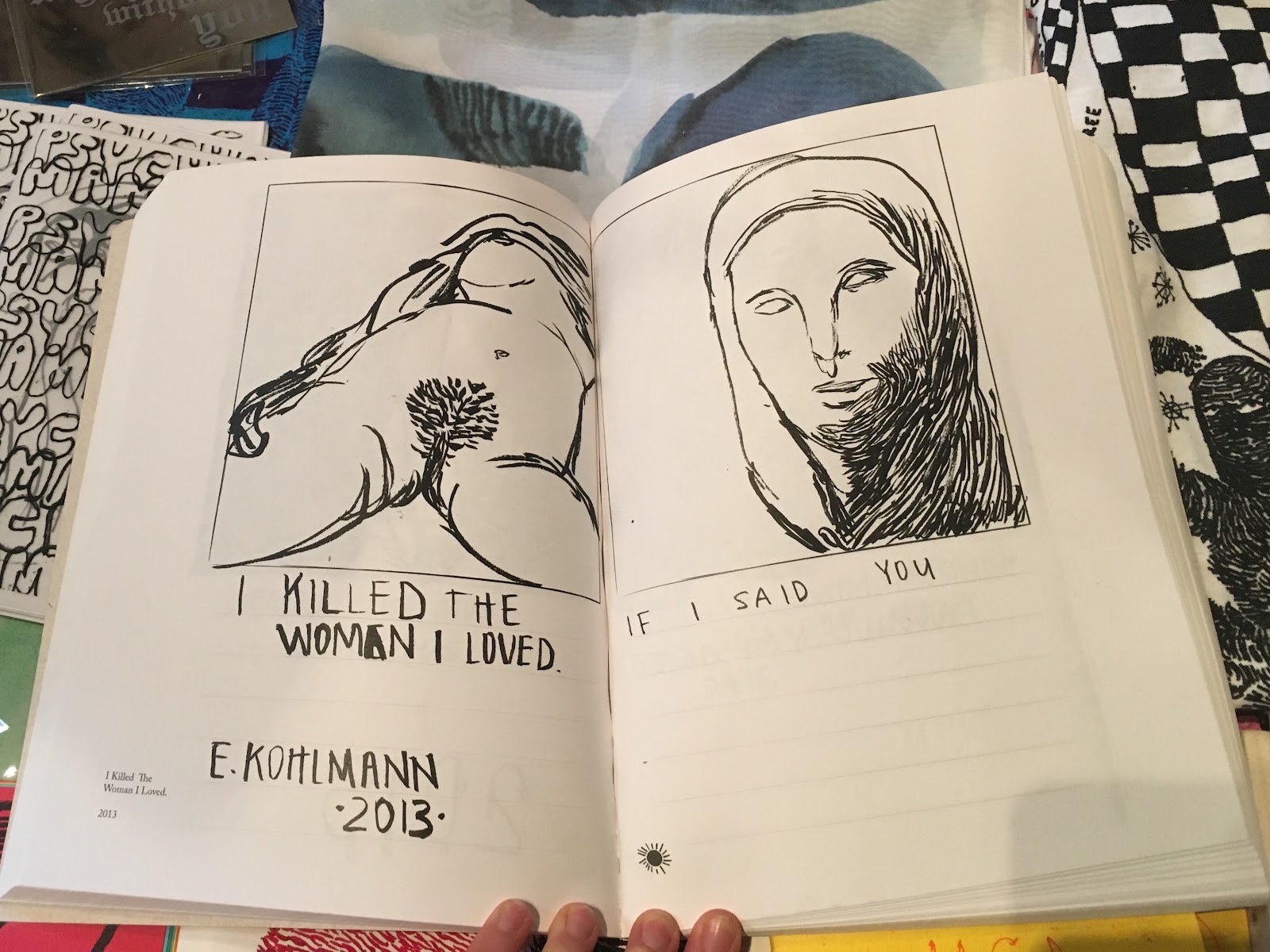 All photos by Eva Sealove

Irene Cara, Singer of 'Fame' and 'Flashdance,' Dies at 63

Mariah Carey's Thanksgiving Day Parade Set Has Everyone in Shambles

Kim Kardashian Told North West About the Night She Was Conceived

Vibrators Are More Than An Entry Point

Julia Fox Dated Kanye As A Favor To Kim K