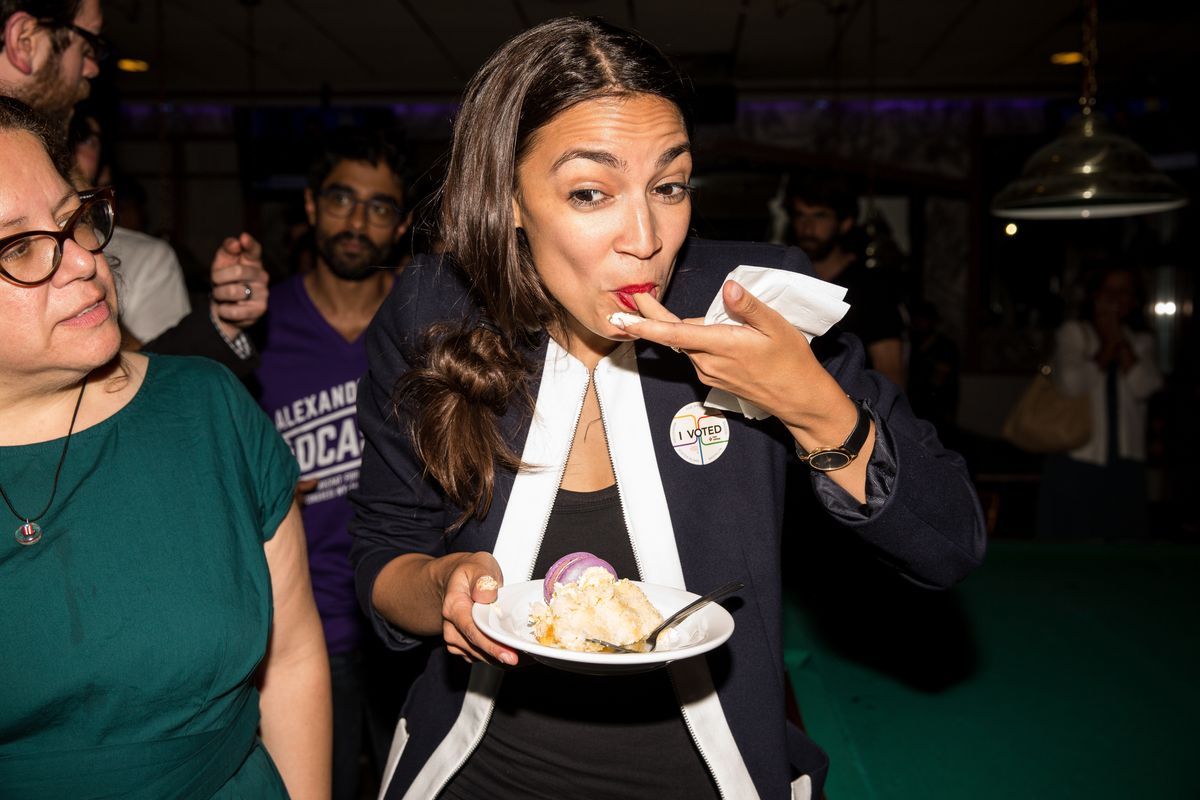 5 Women To Root For In This Year's Mid-Term Elections

There are more women than ever running in this year's midterm elections. Though the numbers are still disappointingly low, they are a major improvement from years past. Brookings reports that, out of non-incumbents running for Congress this year, 23 percent are women, which is a seven percent increase from the 16 percent present in the last two election cycles. They also write that 80 percent of those candidates are Democrats.

With Trump likely appointing a second Supreme Court Justice very soon and tipping the court to a conservative majority, the upcoming elections are pivotal for liberals hoping to regain political control. This week, Alexandria Ocasio-Cortez showed that a socialist, grass-roots movement spearheaded by a woman of color can win despite the history of politics being a rich white boy's club.

Certainly, her campaign wasn't without its fair share of setbacks. She didn't get nearly enough coverage from major publications, and she often wasn't referred to by name in headlines. Still, Ocasio-Cortez beat out 10-term Democrat incumbent Joe Crowley with 57 percent of the vote.

There are a number of other women running in primary elections who deserve our attention too:

Like Ocasio-Cortez, Shirley, a first-time candidate, defeated a long-time Democratic veteran in this week's primary elections. She is running to represent the 2nd Congressional District of New York. She ran on a platform of supporting workers' rights, universal healthcare, gun violence prevention, and accessible reproductive health care services. She made headlines for winning a case in which the Federal Election Commission ruled that candidates can use campaign funds to pay for childcare. Hillary Clinton endorsed her case, which was seen as advocating for working mothers and parents.

Much like Alexandria Ocasio-Cortez was, Ayanna Pressley is running to defeat a 10-term Democratic incumbent, Representative Michael Capuana. She is running in Massachusetts's seventh Congressional District.

Pressley is the first woman of color elected to the Boston City Council. She has received the support of Ocasio-Cortez, who tweeted, "Vote her in next, Massachusetts." Pressley supports universal Medicare, debt-free college, and the abolishment of ICE.

#Medicare helps millions -notice how politicians never say what they would replace it with or how to make things be… https://t.co/dQipBEc3Hi
— Cori Bush (@Cori Bush)1530201393.0

Bush, who is running in Missouri's first district, is hoping to defeat incumbent Lacy Clay. She is an activist who protested in Ferguson in the wake of Michael Brown's unjust murder by the police, a mental health registered nurse, an ordained pastor, and a former early childhood educator.

On her website, she writes that she has, "felt the burden of being uninsured and the pain of homelessness. She has endured racism and sexism. She is a survivor of sexual assault and domestic violence. Cori experienced the challenges of raising children on her own, living paycheck to paycheck, making just above minimum wage, taking on student loans to continue her education."

She is running on a platform of prison reform, women's rights, uplifting work class families, establish a $15 minimum wage, and affordable education.

Fayrouz Saad, who is running in Michigan's 11th District, could be the first Muslim woman ever elected to Congress. She has worked at the Department of Homeland Security during the Obama Administration and earned a graduate degree at Harvard's John F. Kennedy School of Government. She is running on a platform of a $15 minimum wage, childcare subsidies and education rights, and universal healthcare.