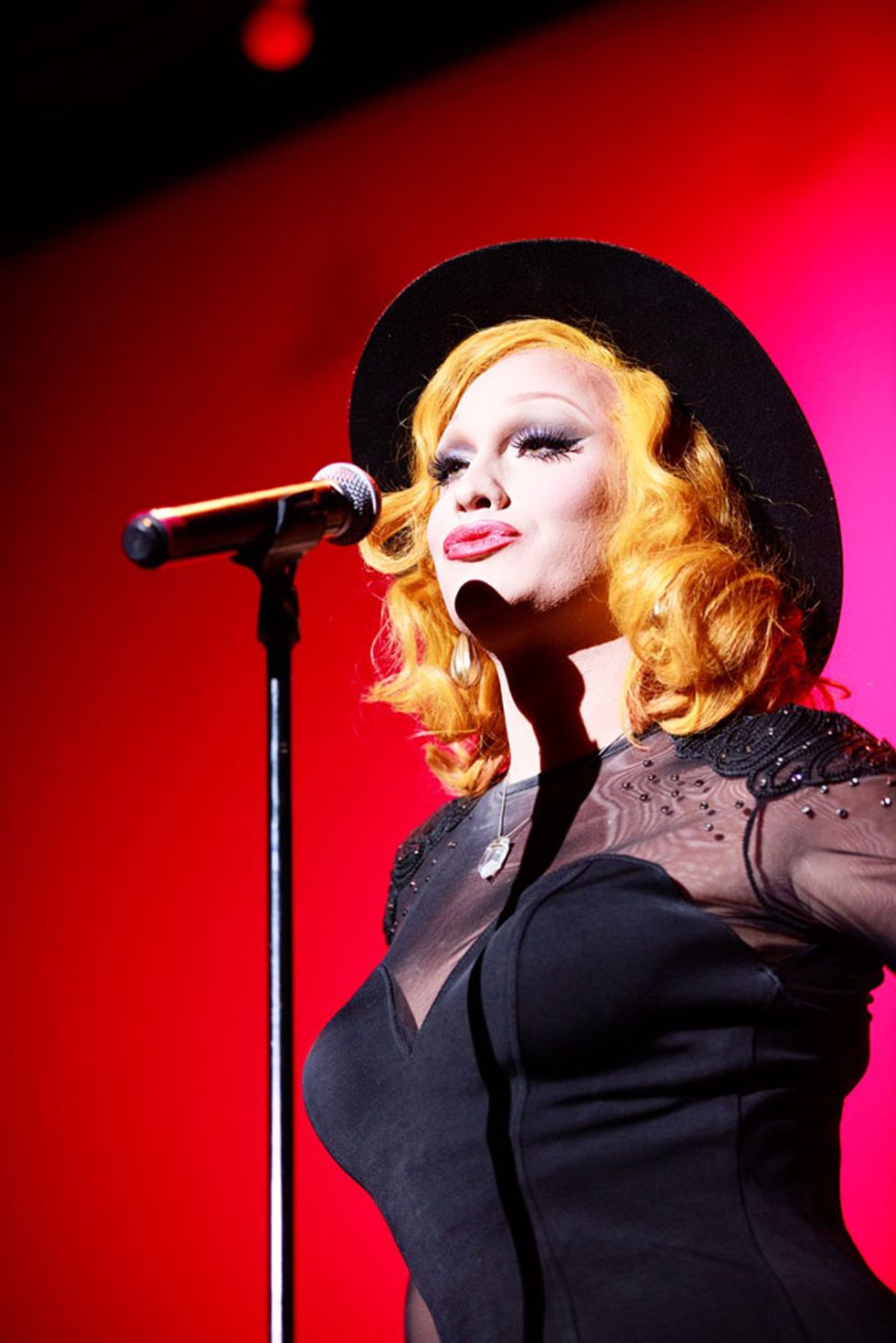 5 Ptown Drag Queens You Should Know

by Rodney Uhler / photo by David Macke
PAPERMAG
Mark Cortale Presents Jinkx Monsoon at The Art House
Provincetown had an active Drag Queen scene as early as the 1950s (most notably at the long-shuttered Weathering Heights Club), well before Divine's explosive Pink Flamingos performance or RuPaul's meteoric rise. It's only fitting that the town, despite its size, remains one of the most significant drag communities around with both resident performers and reality superstars paying tribute to the Ptown's vibrant scene. Below, we highlight five such queens you need to know.

1. Dina Martina - Ptown's reigning resident Queen, Dina Martina has been performing for over 10 years at the Crown and Anchor and has a loyal and loving fan base. With her signature oversize lips, Martina hits that special spot between hysterical and horrifying -- not unlike a drag version of Mimi from the Drew Carey Show. Watch and you'll see.

2. BenDeLaCreme - Best known for her appearance in Season 6 of RuPaul's Drag Race, her show Terminally Delightful is running through August at the Crown and Anchor. Despite winning the Miss Congeniality title on Drag Race, she was booted off earlier than many would have hoped -- but at least the experience has provided fodder for her show.

3. Jinkx Monsoon - The season 5 winner of RuPaul's Drag Race is performing in two shows at The Art House: a one-woman act called The Inevitable Concert, and Return to Grey Gardens co-starring Peaches Christ. Jinkx is a singer and performer through and through, prior to the her work on Drag Race she starred in a Portland=based production of Hedwig and the Angry Inch.

4. Varla Jean Merman - With perhaps the most diverse credits among the group, including roles on Ugly Betty, Project Runway, and All My Children, Varla Jean is legendary in Ptown and is also doing double duty as both a performer in Designing Women Meets the Golden Girls and her own show, Varla Jean Merman's Big Black Hole.

5. Bianca Del Rio - The bitingly funny winner of season 6 of RuPaul's Drag Race is performing her acclaimed show, Rolodex of Hate, at the Art House from Aug. 10th through Sept. 4th. Bianca was a standout on the show for her wit and insultability, both of which will be in full force during her show. The run in Provincetown is also part of a nationwide tour that started back in January and ends in Portland in September.

For more on Provincetown, check out PAPERMAG.com/ptown