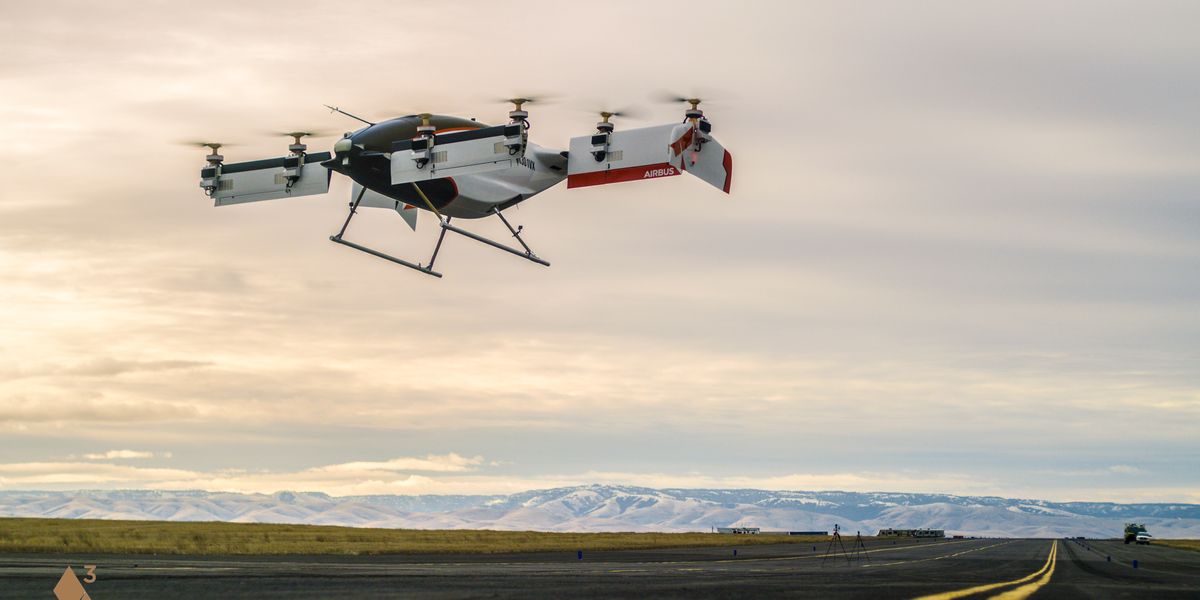 5 Futuristic Technologies That Will Change Your Life

New technology and the evolution of artificial intelligence (AI) are changing the world. And it's not yet clear if those changes are for better or worse. Are we on track for a dystopian future like in The Terminator or WALL-E, or will our future world be great like, uh, The Jetsons?

At this year's TED conference, speakers are taking on topics like criminal justice reform and international aid. Still, there have been plenty of talks debating tech and A.I.'s impact.

Some speakers, like Jaron Lanier "the father of virtual reality," paint a bleak future unless we change our ways. Calling out search and social networks, Lanier said, "We cannot have a society in which if two people wish to communicate the only way that can happen is if it's financed by a third person who wishes to manipulate them."

But many speakers, more often inventors than pundits, think we're headed to a future we'll live for.

Here are five ideas and technologies from TED2018 that might change how you live in 5, 10, or 50 years — all for the better. (With some fine print, of course).

We'll no longer have presidential debates or vicious campaigning, because we won't have human politicians. What if we had "direct democracy"? That is, if every citizen could vote on every single bill and law, bypassing politicians who often go against the interest of their constituents. We'll never know, because with thousands of laws to consider every year, ain't nobody got time for that. But MIT Media Lab's Cesar Hidalgo believes we can effectively have as many politicians as citizens, if we use AI to automate the legislative process. We already use data recs for music and movie suggestions, why not develop a system that knows you so well it can vote in your best interest on every single law and bill? Using quizzes and other data-like reading lists, your personal politician would be, "digital Jiminy Cricket that is able to answer questions on your behalf and make better decisions at larger scale." Sure, lots could go wrong but if we get it right Hidalgo believes it could fix democracy's "very bad user interface."

Fly from New York to Shanghai in 39 minutes. The ambitions of SpaceX have generated buzz since Elon Musk founded it in 2002. But while everyone is focused on if and when they'll send civilians to Mars ("Within ten years," says SpaceX president Gwynne Shotwell who took the TED stage), the same rocket ships used in their Mars missions will serve another, more accessible purpose: to make international travel much faster. They'll get passengers from New York to Shanghai in less than 45 minutes (that's instead of in 15 hours). "This is definitely going to happen," Shotwell said. And the best part? Because the trip is so quick, it can be done multiple times per day (as opposed to commercial aircrafts' one daily flight). This means the cost of a ticket will be less than you'd expect — somewhere between Business and Economy today, or a few thousand dollars.

Access all the data a wearable provides, without having to wear a damn thing. Many of us grew up reenacting the poorly executed "Help I'm falling and can't get up" commercials of the '80s and '90s. But the medical alert devices they advertised to help elderly people still exist in some form today. And for those with elderly loved ones — there's constant worry that they won't be OK left home alone. Enter MIT professor Dina Katabi. She invented an iPad-sized device to be mounted in the home, that uses wireless signals to track a person's movements, breathing, heartbeat, even sleep patterns — all without wearables. Its data can be sent to medical professionals to monitor for both emergencies and warning signs to prevent hospital visits and save lives. Bonus: Katabi, a long-time Star Wars fanatic, was inspired to harness the power of wireless technology by how she grew up constantly trying to harness The Force.

Tech will read your mind and you'll lose your ability to lie. OK, so the notion of end of the poker face and the white lie is a terrifying prospect. But there are lots of practical applications for allowing technology to "read our minds." Poppy Crum is chief scientist at Dolby Laboratories. She says pairing machine learning with sensors is giving technology the ability to know how we feel. It can read microexpressions; it knows how hard our brain is working by the size our pupil; it can detect fear from the level of CO2 in our breath; and infrared thermal imaging can tell our stress level or how engaged we are in something. Voice patterns can even pre-diagnose conditions like Alzheimer's Disease and depression. While a lot of the prospective applications are terrifyingly Big Brother-ish, imagine if they were used for good: if a school counselor or cop could differentiate anger or misbehavior from serious mental illness. If the technology is regulated appropriately, maybe it will push all of us to live more authentically.

Bypass bumper-to-bumper traffic via aircraft, for about the cost of an Uber. Airbus' Rodin Lyasoff lives in California. The weather's great, but the traffic sucks. So he's especially optimistic that the electric, autonomous aircraft his company is working on will soon be in the skies. The aircraft, called Vahana, seats one person and would self-pilot you to your destination (or near your destination, to a "vertiport"). Not only does Lyasoff believe it's the future, he believes no aircraft — not even commercial planes — will have pilots one day soon. Two things about the plan make it scalable: a ride should only cost $40 - $60, and a Vahana is quieter than a Prius on the highway, and won't disturb suburbanites like a helicopter would. The one big obstacle a Vahana-filled sky? Government regulation.