Once ostracized by the industry, these five faux pas have found their way into the closets of fashion's highest ranks -- who knew? Below, we rank them using a complex dirty looks rating system. 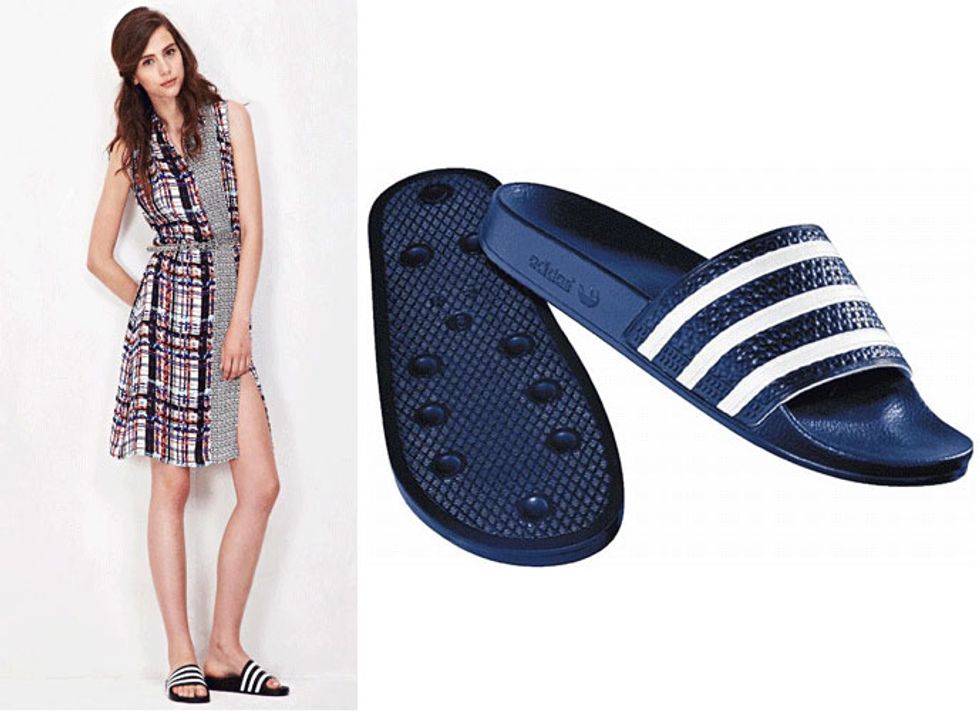 From baseball caps to sports jerseys, athletic gear is gaining major fashion momentum. The latest obsession is Adidas' navy and white striped sandals -- you know, the shoes you wore to soccer practice or in the shower at summer camp. Spotted at Misha Nonoo's resort 2014 collection and in various fashion spreads, these sporty slides are now considered an acceptable form of footwear. Grimes wore a pair for her MTV VMA red carpet rehearsal and even Adidas collaborator Jeremy Scott has updated the classic style with flames and wings.

Dirty looks from passersby probability index: 5/10 --  Half will be flooded with happy childhood memories while the other will think you simply forgot to dress your feet. 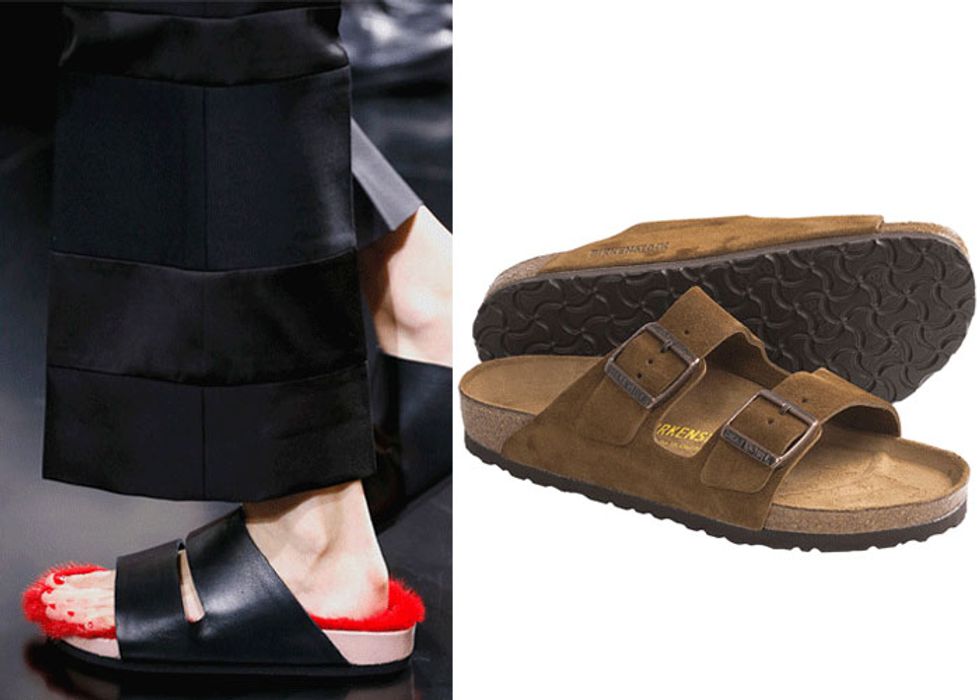 BIRKENSTOCKS
It used to be universally agreed that although Birkenstocks were the world's most comfortable shoe, they were also the ugliest. Now, we have Crocs. Apparently, fashion editors -- including the majority of Vogue's staff -- have been secretly wearing Birkenstocks for years. When Phoebe Philo showed a fur-lined version for CÃ©line's spring 2013 the jig was up. Here's to Crocs becoming cool in 2030...3...2...1.
Dirty looks from passersby probability index: 3/10 - Vogue's granted their trendiness, so they're basically the new Manolo Blahniks. Who do you think will forgo their rent for a pair in season 3 of Girls - Marnie? 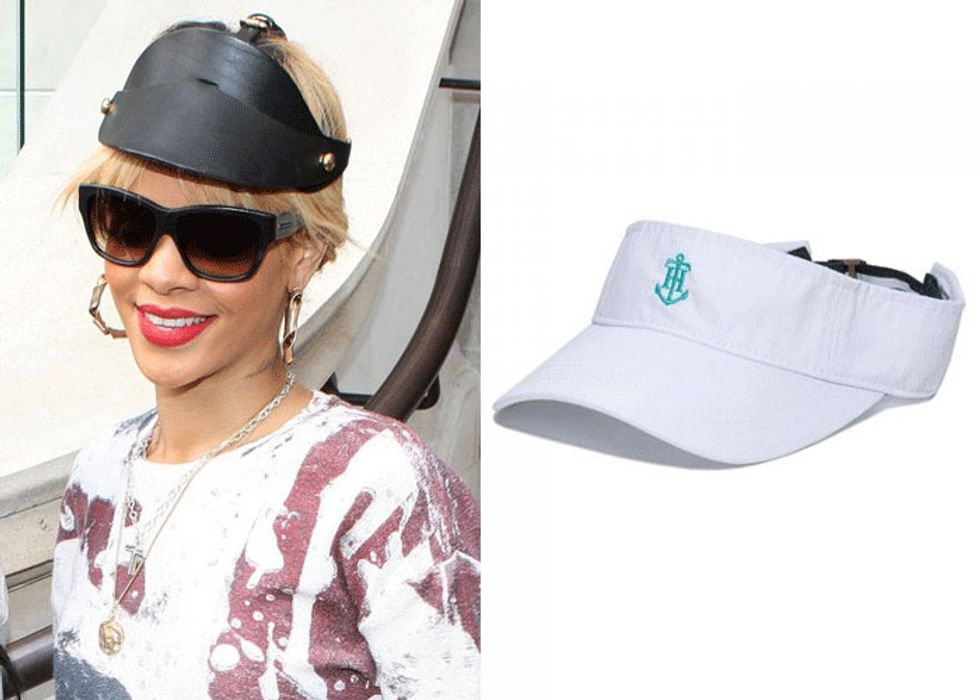 VISORS
The country club staple has taken a high-fashion turn. Modernized by designers like Fleet Ilya and Eugenia Kim, the visor is now considered to throw some seriously chic shade. With '90s streetwear and rave girl fashion having a major renaissance, it was bound to happen. Bloggers Susie Bubble and Bryan Boy, along with industry darlings Rihanna and Rita Ora, have all been spotted in one.

Dirty looks from passersby probability index: 9/10 -- you're wearing a visor. 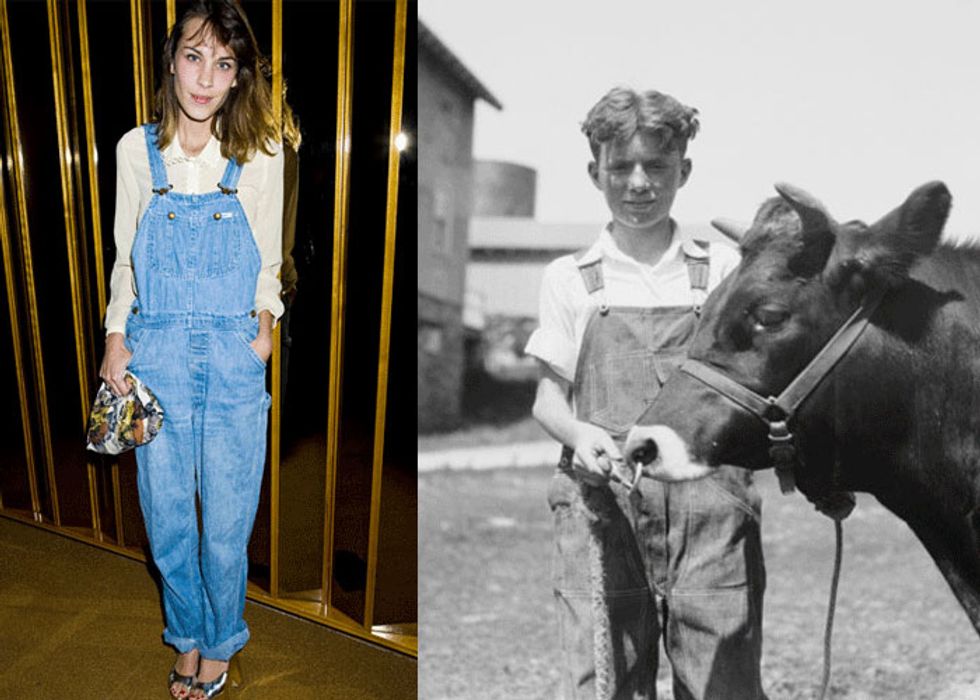 OVERALLS
The utilitarian one-piece made its way from farm to fashion over the summer, thanks to designers like Phillip Lim and Sonia Rykiel. Famous fans include
Dirty looks from passersby probability index: 4/10 -- if you keep the look more gamine then Green Acres, they can be pretty darn cute. 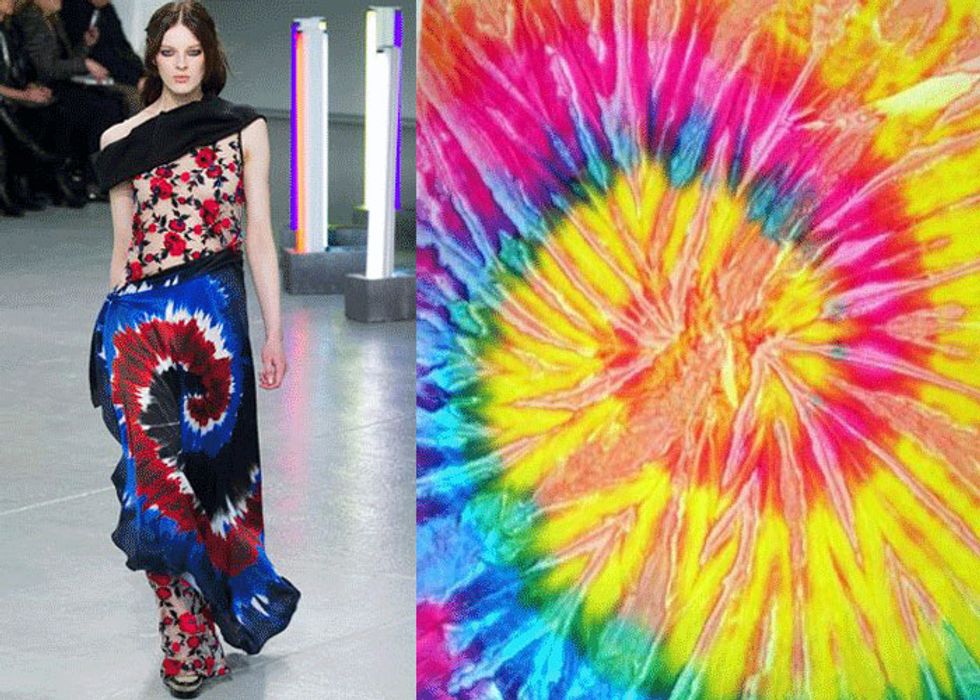 Dirty looks from passersby probability index: 3/10 -- as long as you steer clear of the classic rainbow colors you shouldn't have too much trouble here. Keep close to yuppie Brooklyn just to be safe.