5 Cool Things to Check Out at the Ideas City Festival 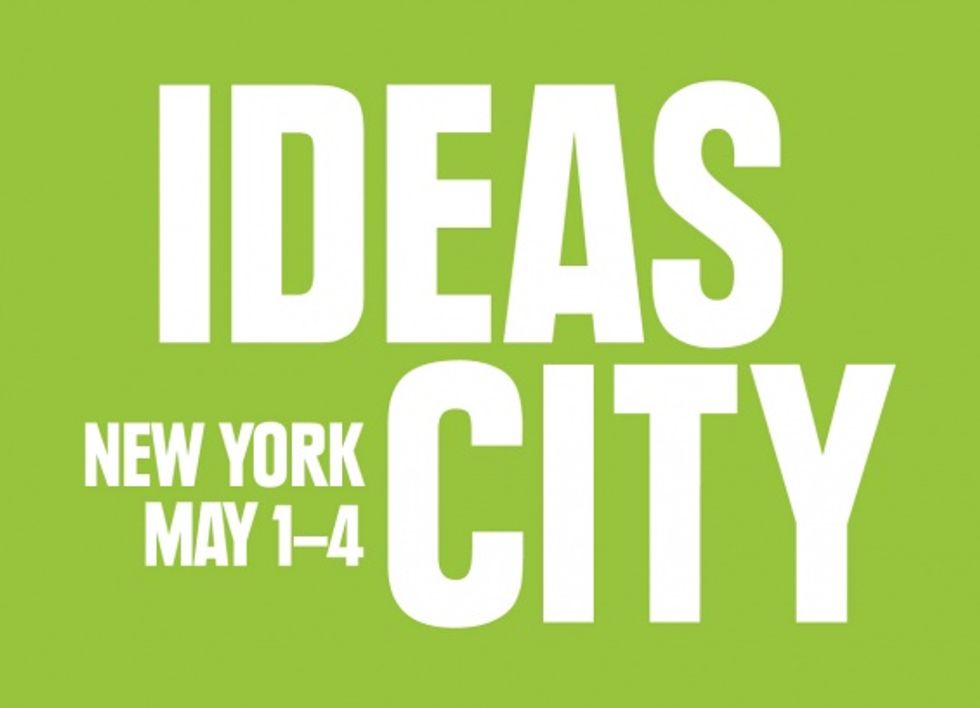 The four-day Ideas City arts and culture festival returns to New York's Lower East Side May 1st to 4th. Since 2011, it's been held in the galleries, storefronts and streets surrounding one of the event's founders, the New Museum on the Bowery. The goal is to explore the "future of cities" with workshops, conferences, projects and a big "Ideas City StreetFest" featuring interactive exhibits, performances, food and fun.  The complete schedule of events is available here and below we've listed some things that caught our eye:

1. Video/installation artist Marco Brambilla will screen his trippy, 3-D extravaganza, "Creation," with a live score in St. Patrick's Old Cathedral (Mott Street between E. Houston and Prince) on Friday, May 3, 8:30 to midnight. This is the third part of the artist's "Megaplex" trilogy. If you've ever ridden in the elevators at The Standard Highline hotel, you've already seen part one.

2.  Fringe-ish architecture firm, Snarkitecture, is building a large-scale temporary installation on Mulberry Street between E. Houston and Prince that will open on Saturday from 8:30 to midnight.  Not sure exactly what's involved with this, but these guys just did the fantastic "Lift" installation with 45 giant balloons that filled Cipriani Wall Street for the New Museum's recent party and they also did last year's entrance to the Design Miami tent for Art Basel. Photo via Architizer.

3. After everything shuts down for then night, you can walk along the Bowery and check out the new murals that have been painted on the steel, rolling shutters of ten storefronts. You'll see new works by Ellen Berkenblit, Laura Owens, Alex Israel, Mel Bochner and others.

4. Bobbito Garcia and Kevin Couliau will be screening their award-winning documentary, Doin' It in the Park: Pick-Up Basketball, NYC,  in the theater of the New Museum (235 Bowery) at 8 p.m. on Saturday. They'll be doing a Q&A after.

5. If you're feeling hungry, just stop at one of the many food vendors set up along the Bowery during the StreetFest. Look for Hot Bread Kitchen, Mexicue, Thirstea,SweeteryNYC, Coolhaus Ice Cream and more.