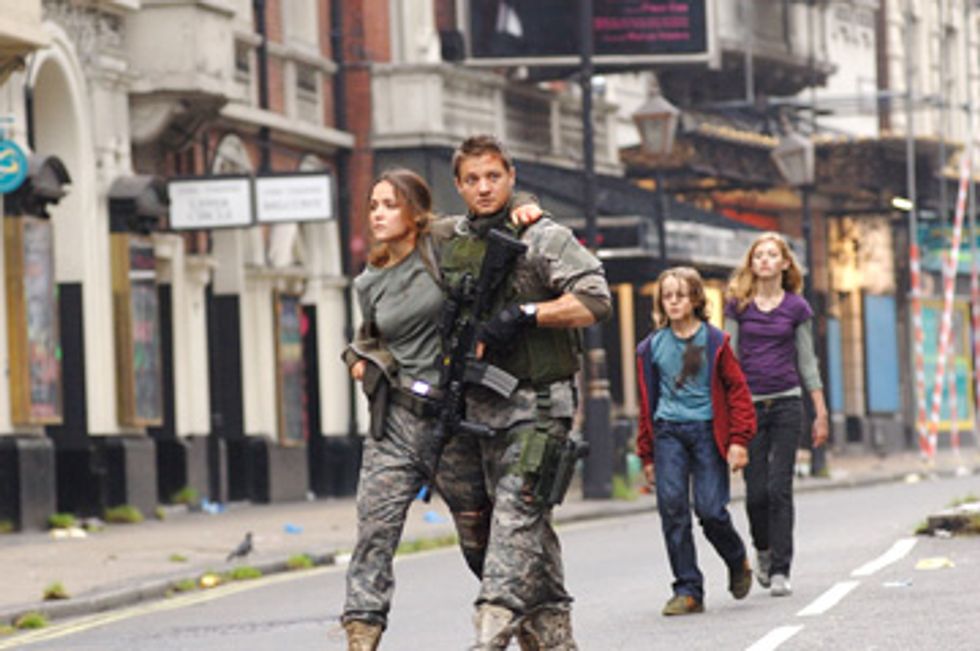 Danny Boyleâs smash hit 28 Days Later pumped new blood into the zombie movie. 28 Weeks Later, out tomorrow, is directed by Juan Carlos Fresnadillo (Intacto) and itâs a different strain of living-dead movie, but intense and frightening just the same. Army troops are letting civilians back into a small sanctioned section of London after the rage virus seems to have subsided. Don (Robert Carlyle) plays a father whoâs being reunited with his son and daughter in this safe colony. The kids were luckily out of the country when the tragedy struck. But Don has a shameful secret that has to do with his late wife and itâs about to bite him on the ass -- literally. When the shit hits the fan and the kids have to run for their lives, they flee with a doctor (Rose Byrne) and a marine (Jeremy Renner). Renner is particularly good as the marine with a conscience. There are many scenes of claustrophobic horror and the apocalyptic political subtext is chillingly effective. A sensational scary sequel.