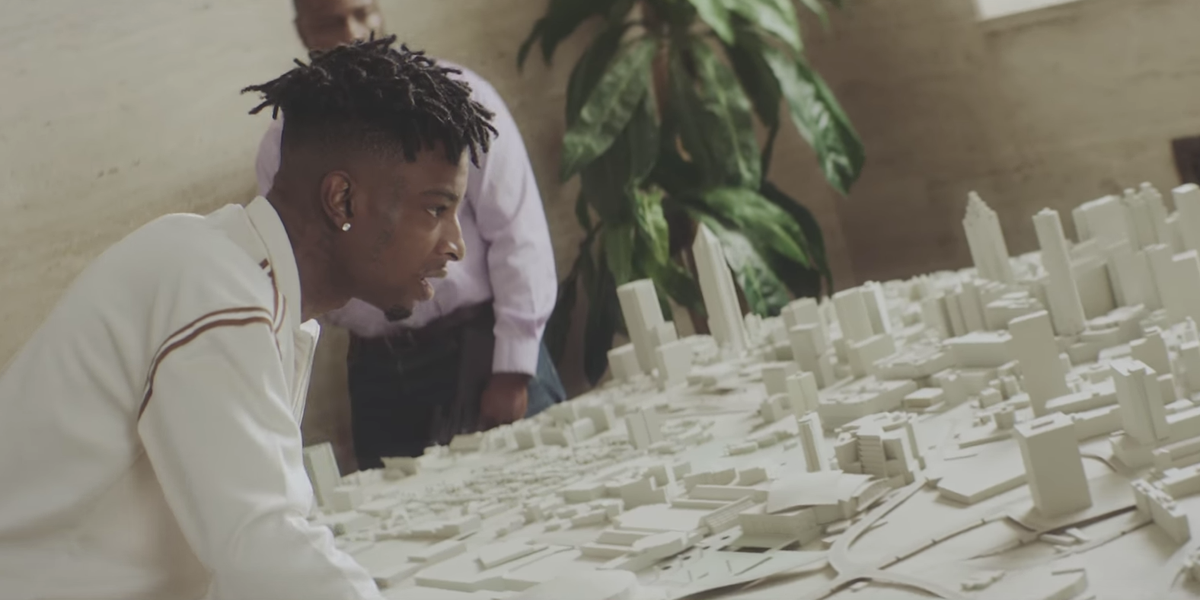 It's been many moons since 21 Savage dropped Issa Album, his critically acclaimed debut record, which means we've been waiting for what feels like ever for a visual accompaniment to his biggest hit, "Bank Account." Well my sweets, now it's finally here.

As head honcho of a criminal organization, 21 spends the video scoping out the territory for a heist — but stay tuned for the twist. Mike Epps stars alongside the rapper in the robbery-spoof, which is just us mutually tough and goofy as 21 himself. Go off.