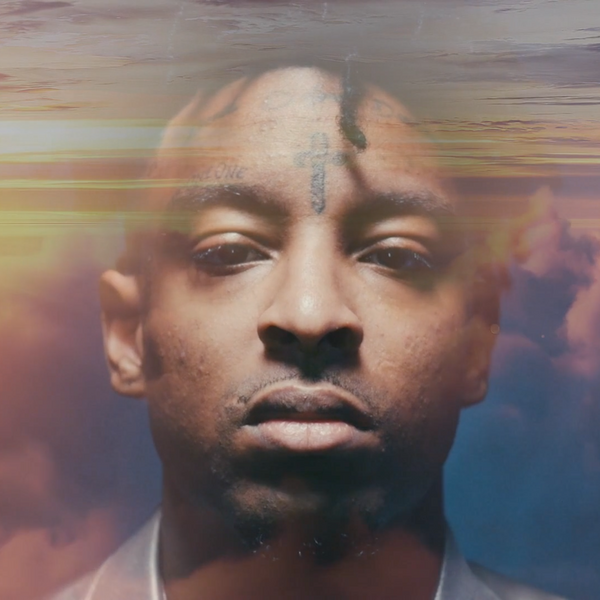 21 Savage is a master at breaking boundaries.

Earlier this year, the rapper became a symbol of immigration tensions in Trump's America after his 10-day detention by the Immigration and Customs Enforcement agency. Born in the UK, Savage had been living in the U.S. illegally since age 7 and was arrested in February by ICE — a public controversy that brought attention to the plight of undocumented immigrants today.

The Grammy-nominated artist has further reached beyond the borders of modern hip-hop through his autobiographical lyrics, and an accent that cannot be "categorized," as Savage noted last year in an interview with Rolling Stone. From his 2018 album I Am > I Was, which utilized styles of gospel and early 2000s R&B, it is clear that Savage's work cannot be confined to a single genre.

Last year, Savage leapt outside the confines of the music industry to launch the 21 Savage Bank Account Financial Literacy Campaign. The program teaches children about managing finances, empowering them to take control of their earnings and escape the borders of economic strain.

Echoing his experience navigating politics and music, Savage continues to rise above through his new partnership with Tequila Avión. Called "Depart. Elevate. Arrive.," the rapper talks about his passion for aviation and what "being borderless" means to him. "When I'm in the air flying, there's no thing like it," he says. "There's no boundaries, no borders, no traffic. It feel like a relief from everything."

In an exclusive announcement of the campaign, PAPER caught up with 21 Savage to talk more about his Tequila Avión campaign. Read our "Extreme" cover story with the artist, here.

What parts of your life embody a "borderless mindset"?

My entire life itself. I've never really followed in anyone's footsteps or path. I do things my way, from my career and beyond.

What does "Depart. Elevate. Arrive" mean to you as an artist?

Depart from where I once was, elevate beyond that previous life, and Arrive at my new life — progress essentially. That's what life is about — progressing, evolving.

I always had a passion for flying or pilots. Even as a kid, I thought I could fly fighter jets like in the Air Force. I just wasn't able to take advantage of serving in the military so I chose a different path. It wasn't until later in life, just recently, that I took the time out to learn about it and started investing in the equipment to teach myself how to fly.

"Separation has never been a good thing."

In your new campaign with Tequila Avión, you note that borders "deny" people "access to other things in life that everybody should be able to experience no matter where they're from." Can you speak more to that?

Borders and boxes only separate people. Separation has never been a good thing. Good ideas don't come from separation, they come from collaboration. Innovation doesn't come from separation either, it comes from mixing things up a little bit. I think equal opportunity is the only answer if you want to grow, and everything and everyone wants to grow — from businesses and nations to people as individuals. You can only know so much from just being around one kind of people, or in one place. I learned so much more about myself and the world from being able to travel to different places on tour.