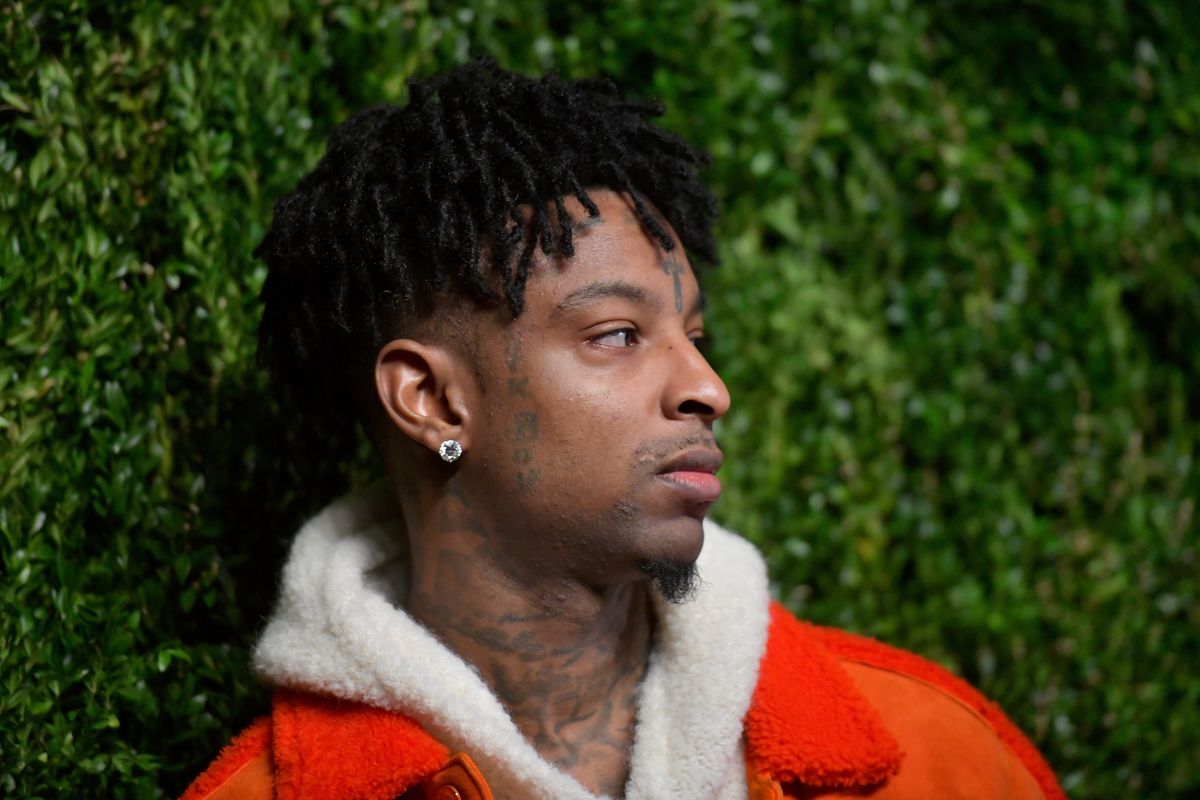 21 Savage On Good Morning America: 'It Was Definitely Targeted'

21 Savage was released on $100,000 bond from ICE detention this week after being arrested for overstaying his visa. He spent nine days in an ICE facility in Georgia, causing him to miss his scheduled performance at the Grammy's last Sunday. This morning the rapper appeared on Good Morning America, his first interview since his release.

The rapper explained that he believes he was targeted because of his celebrity. He described his arrest:

"I was just driving and I just seen guns and blue lights. And then I was in the back of a car and I was gone," he told GMA's Linsey Davis. "They just said 'we got Savage'... It was definitely targeted."

21 Savage was born in England and brought to America in 2006 on a one-year visa when he was seven years old.

ICE has confirmed that Savage's arrest was a targeted operation, though the agency has not offered an explanation for its timing. Many have questioned why ICE chose to target the rapper now, given that he's been living unlawfully in the country since 2007.

The rapper addressed the rumor that his arrest was triggered by a version of the lyrics to his song "A Lot," which address immigration ("Went through some things/ but I couldn't imagine my kids stuck at the border").

"My lawyers think that... I don't really know. I can't really say. I think... I can see why people would think that, but I really can't say" he said, when asked by Davis if he felt he'd been targeted due to the song.

The rapper filed an application for a visa that would award him legal permanent resident status in 2017.

"We are in the middle of securing his immigration status, where he's a citizen. But it's very, very complicated and there's a lot of steps we have to go through," said his lawyer Dina LaPolt, who Jay-Z hired for Savage.

Alex Spiro, another member of the rapper's legal team, added: "We believe, honestly, that he was targeted — of course, like they said — and part of the reason, we think, is both because he's a celebrity, and they can use this as a way to send a message, and also, perhaps, because of his music."

"I've been here 20 years, 19 years, this is all I know. I don't feel like you should be arrested and put in a place where a murderer would be for just being in the country for too long," he said.

Watch a clip of the interview below: