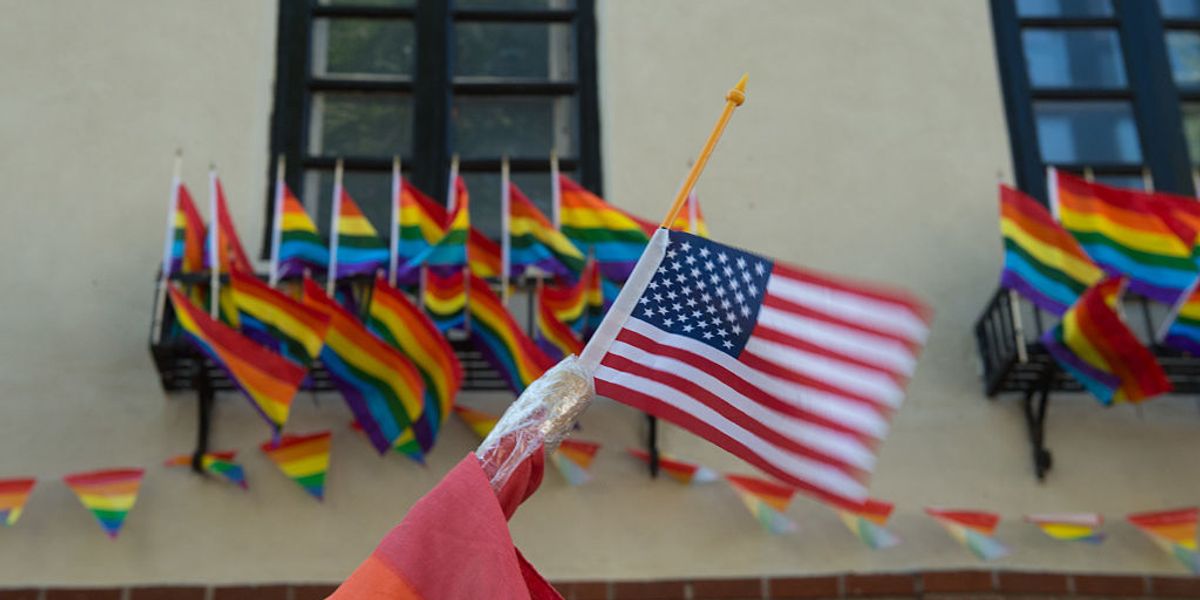 The 2020 Census Will Not Count LGBTQ+ Americans

The United States Census Bureau will not ask questions pertaining to LGBTQ+ household members in a newly-released draft of the 2020 Census form, reports NBC News. An previous draft version of the form had included questions regarding sexual orientation and gender identity, but was quickly corrected to scrub the questions.

In a statement, The U.S. Census Bureau confirmed that will not specifically count LGBTQ+ Americans. "The Subjects Planned for the 2020 Census and American Community Survey report released today inadvertently listed sexual orientation and gender identity as a proposed topic in the appendix," the Bureau said to NBC News. They also confirmed that the previous draft, which had proposed the inclusive questions, was an error. "[LGBTQ+ questions are] not being proposed to Congress for the 2020 Census or American Community Survey. The report has been corrected."

The removal of the questions has prompted fierce criticism from LGBTQ+ advocacy organizations. "This is an assault on science as well as on a uniquely vulnerable group of Americans," said Jennifer C. Pizer, the law and policy director for Lambda Legal in a statement to HuffPost. "Social science researchers, health professionals, educators, and so many others striving to meet the needs of our communities for years have been decrying the lack of population-based data about who and where we are, the elevated rates of poverty we endure, and other serious challenges."

The National LGBTQ Task Force told NBC that it will "continue to push for accurate data collection on LGBTQ people." Its Criminal and Economic Justice Project Director, Meghan Murray, also said that the Task Force will seek answers from the Trump administration about why the question was removed. She called the removal "yet another step to deny LGBTQ people freedom, justice and equity," noting that such data is critical to asses if LGBTQ+ people are being represented fairly. "Information from these surveys helps the government to enforce federal laws like the Violence Against Women Act and the Fair Housing Act and to determine how to allocate resources like housing supports and food stamps," said Murray.

The Task Force also posted two version of the Census draft form on Twitter, noting the previous version which included sexual orientation and gender identity, and the newest version with the removal.

The Census conducts a nationwide survey of the country's inhabitants every ten years. The last United States Census was conducted in 2010. That Census did not count LGBTQ+ Americans either, and queer organizations pushed for inclusion in the upcoming 2020 survey. In 2016, 80 members of Congress even wrote a letter urging the Bureau to collect data about LGBTQ+ people in the next census. "Expanded data collection on LGBT people is needed to help policymakers and community stakeholders understand the full extent of [employment, housing, and justice system] disparities, as well as identifying the needs of these communities so they can be better served," wrote the bipartisan Members.

The Census Director, John H. Thompson, addressed that letter in a statement written on his blog. He indicated that while the Census Bureau considered the Congressional recommendation, "our review concluded there was no federal data need to change the planned census and ACS subjects."

"In 2020, our goal is to conduct a complete and accurate census. The Census Bureau remains committed to reflecting the information needs of our changing society," wrote Thompson.