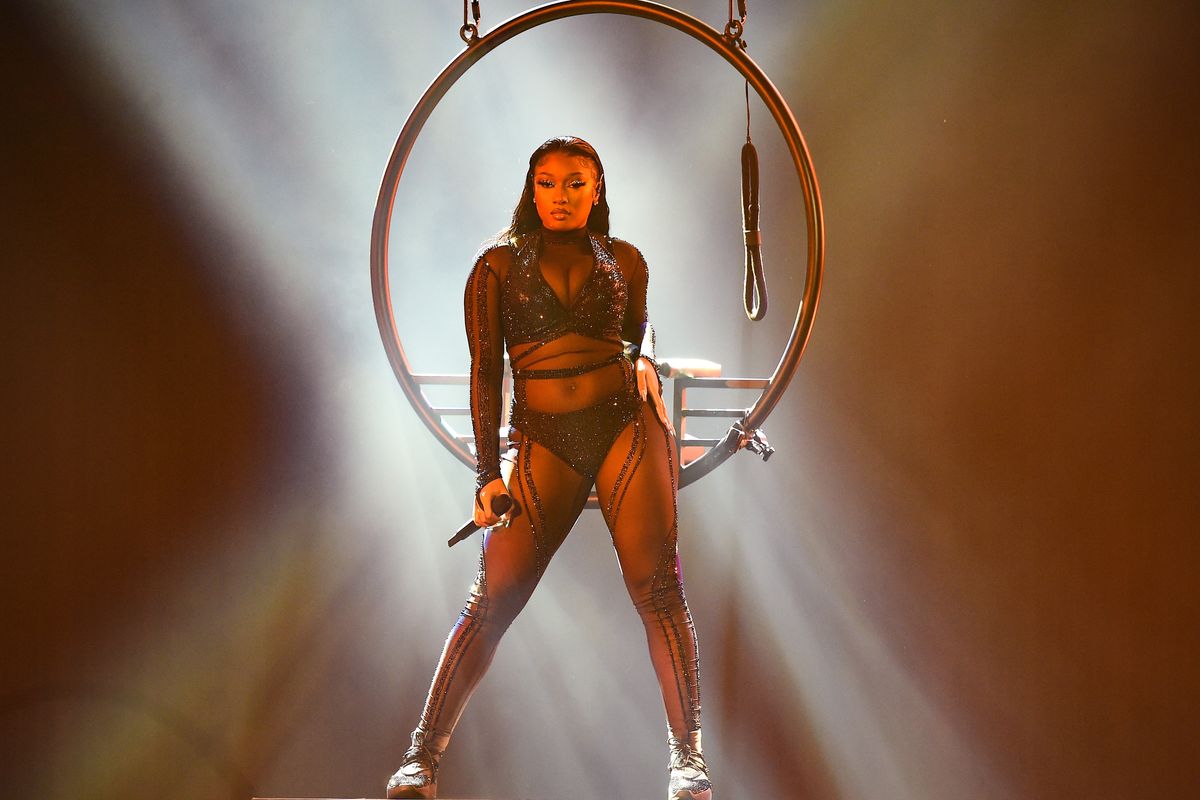 The annual American Music Awards sparked several conversations over who deserved what awards, what performances rocked versus flopped and what the heck The Weeknd had on his face. Here are some of the highlights from the 2020 AMAs.

Justin Bieber returned to the AMAs stage for the first time since 2014. He performed a dramatic rendition of "Lonely," an upbeat version of "Holy" and a duet with Shawn Mendes of their recent collaboration "Monster."

Taraji P. Henson was the host for the night, getting the audience excited with an opening number that featured Prince songs and her fellow "Body" music video co-star Megan Thee Stallion's tracks. She also danced with cardboard celebrities in the audience and generally kept the energy going throughout what could've been a really awkward awards show.

The Weeknd wore a lot of bandages

Speaking of Prince, The Weeknd took home several AMAs including Favorite Soul R&B Male, Favorite R&B Song for "Heartless" and Favorite Soul R&B Album for After Hours, which he dedicated to the iconic late artist. The R&B star even performed with Kenny G, but audiences were more interested in the bandages on his face. No, the singer was not actually injured, but he was sending a message based on the music and persona he was promoting for his album, warning people against drunk driving by visibly showing the injuries that can occur.

Katy Perry debuted her new single "Only Love" one decade after debuting "Firework" at the AMAs. It was her first time at the AMAs since giving birth to her first child, Daisy, and she was joined by Darius Rucker with an acoustic guitar styled set.

Dua Lipa was a pop princess

Pop icon Dua Lipa won Favorite Pop Rock Song of the Year for "Don't Stop Now," and accepted the award surrounded by her family and friends. Later in the evening, she performed "Levitating" with a sparkly, high-energy vibe.

Doja Cat won Favorite R&B Artist, as well as New Artist of the Year. She took the stage with Bebe Rexha singing "Baby, I'm Jealous," in an unexpected performance.

Megan Thee Stallion and Cardi B collected a Favorite Rap/Hip Hop Song win for "WAP." The win put Cardi B in the AMAs history books as the first artist to win Favorite Song in the Rap/Hip Hop category at the AMAs twice.

Taylor Swift made a subtle announcement

Taylor Swift won Artist of the Year, and made the public announcement of why she couldn't be at the awards show. "The reason I'm not there tonight is I'm actually re-recording all of my old music," Swift said from her small, at-home studio.

BTS picked up Duo or Group - Pop/Rock and Social Artist wins for the second year in a row. The group performed "Life Goes On" and "Dynamite" and got all of the audience hyped up.

Megan Thee Stallion, fresh off her debut album Good News, performed "Body." Billie Eilish and FINNEAS performed their latest hit, "Therefore I Am." Nelly took the audience all the way back with segments of "E.I.," "Ride Wit Me" and "Country Grammar (Hot Shit)."