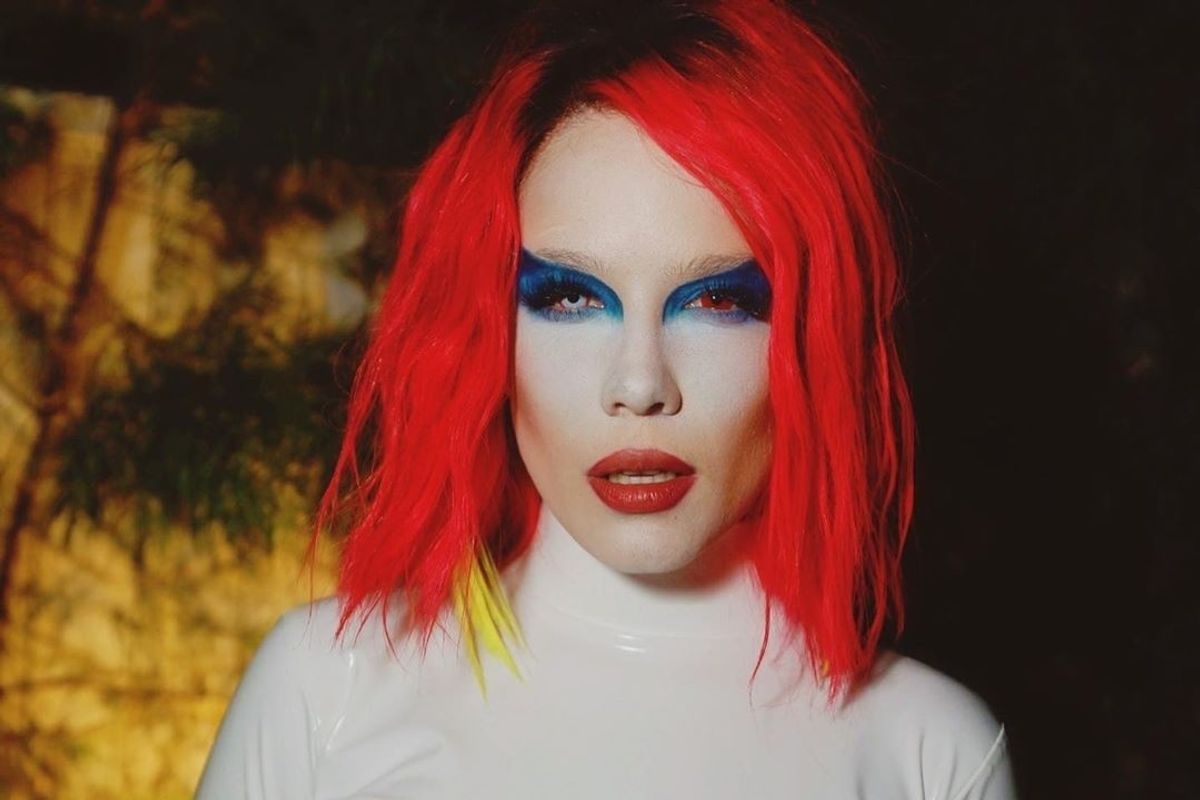 Halloween is stretching out over two spooky weekends this year, which means double the parties and double the extravagant celebrity costumes. Nobody does October 31 like famous people: they've got the budget to go big, they're usually invited to multiple events, and they reliably post photos to Instagram.

Note: Heidi Klum, reigning Halloqueen, hasn't hosted her famous annual party yet — although she did attend Paris Hilton's bash. Hopefully she's got an event planned for this weekend, or Thursday, when Halloween technically falls. We wouldn't mind a last minute invite, @Heidi.

All the fun celebrity costumes from this past weekend, below.

Leave it to Halsey to pay perfect tribute to the man who celebrates Halloween 365 days of the year.

halsey on Instagram: “Been dying to try out a good @cher makeup forever and finally got to! 💙🧡💙🧡”

In a way this is also a Kim Kardashian costume.

Liza Koshy on Instagram: “halloween is here and wintour is coming”

Very cute, although those two GIANT dream catchers in the background are a little distracting?

Gabrielle Union as Isis From 'Bring It On'

Hmm. Seems like this one didn't necessitate a visit to the costume store. Like any good 2000s-obsessed Gen Z-er, Emma wears Paris Hilton-like accessories all the time.

Cardi B as a Sexy Nurse

Cardi B on Instagram: “I’m here to assist your shhhttaaaankin ass❤️”

Vanessa Hudgens and Austin Butler as Jack and Sally

🔮Vanessa Hudgens🔮 on Instagram: ““And sit together, now and forever. For it is plain, as anyone can see. We're simply meant to be."”

Bella Thorne as a Disco Queen

It doesn't get much more Bella than this.

Bella Thorne as the Mad Hatter

Wait, it doesn't get much more Bella than this.

Not a costume, but very sweet.

Heidi Klum as a Zombie

This is actually pretty low key for Heidi.

She should have dressed as Emma Chamberlain!

Liam Payne on Instagram: “Last night’s #KISSHAUNTED show was so much fun I almost took flight”

A Superman costume is pretty lazy, but you can't deny he looks good.

Jessica Biel on Instagram: “This is what happens when you admit on TV that you don’t know any NSYNC songs and you’re married to @justintimberlake. Well played,…”

Jessica paid tribute to Justin's ramen hair days of the early 2000s, and he dressed as... a microphone?

Kylie and Stassi as Madonna and Britney at the VMAs

Completely shook over how much Kylie looks like Madonna here.

Elizabeth Hurley as The Bride

Jameela Jamil did it first!

The 'Blackish' Cast as the 'Us' Cast

Tracee Ellis Ross on Instagram: “Tethered. The Johnsons do it again. Shout out to @blackishabc hair, makeup, and wardrobe for killing the Halloween game. And there’s still…”

Meanwhile, my Halloween glam team was a tequila soda.

Murderous clown, but make it sexy.

Camila Mendes as Rick From 'Rick and Morty'

Known Rick and Morty nerd Camila Mendes knew what she was doing.

Lisa Rinna on Instagram: “Jenny from the block. 💚 Halloween 2019”

A tribute to the best Grammys look of all time.

It's unfair that anyone is this beautiful?

Putting yourself in competition with Angelina Jolie is brave, but Vanessa Morgan pulls it off.