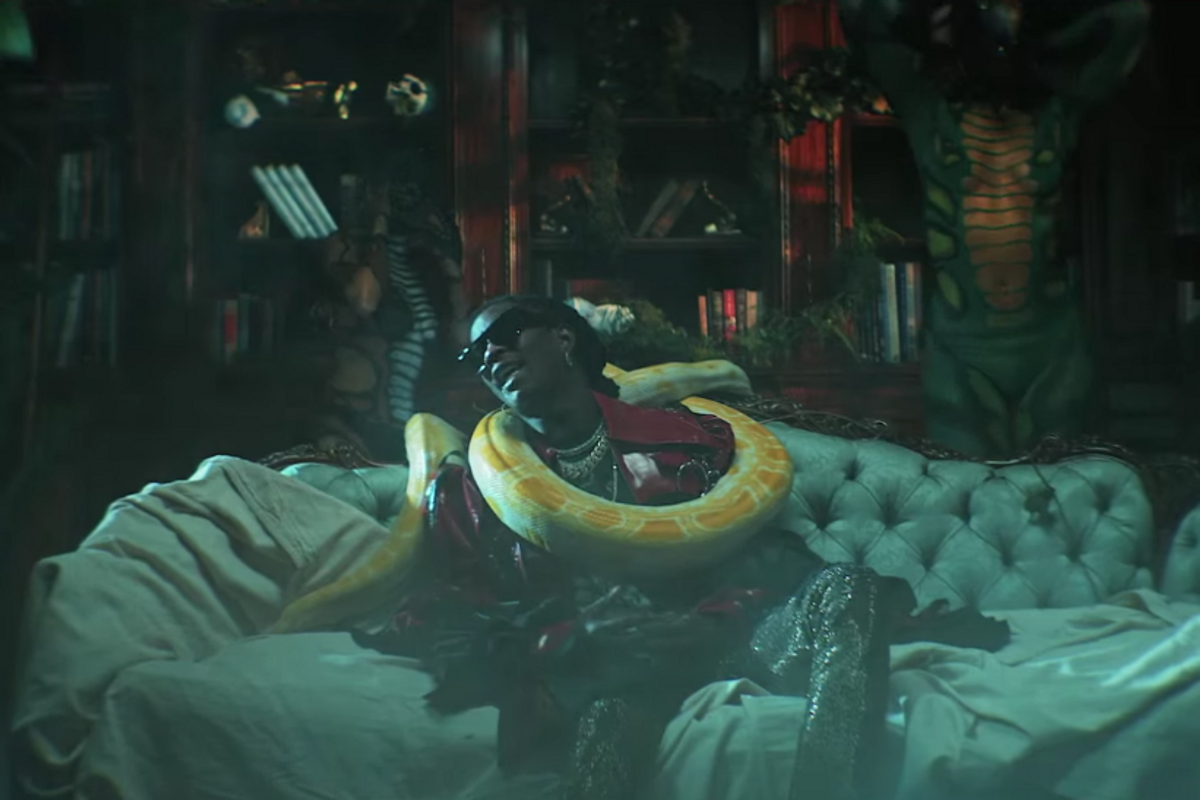 I don't know what tomorrow holds, but this feels like entirely too much lizard news for one day. I prefer my reptiles spread out over time, like it was in the old days. Even then, though, reptiles crawled and slithered around pop culture from the 2000s through the early 2010s, and it looks like they're having another moment. We've compiled five of the most iconic reptiles.

Who could forget Britney wearing a yellow snake like a scarf? Last year, MTV caught up with that snake and found out some details: it's 20 pounds, female, and living happily with the snake handler's friend. Britney, on the other hand, thinks the snake-accessory was "stupid," according to Refinery29. We politely disagree.

Grimes cuddled a similar-colored serpent— I wonder if they know each other (the snakes).

Brooke Candy — who played the badass metal-clad warrior in the previous video — took it to the next level in her "Everybody Does" video, appearing covered in tiny electric-green lizards.

2013 was also the year Rihanna went Medusa in this Damien Hirst-directed shoot.

5. America's Next Top Model, Cycle One

And of course Tyra taught the art of snake-modeling on the first cycle of America's Next Top Model in 2003.

I don't know how we landed on "sexy" as the leading descriptor for reptiles, but if Rihanna and Brooke Candy are leading the movement, I'm here for it.