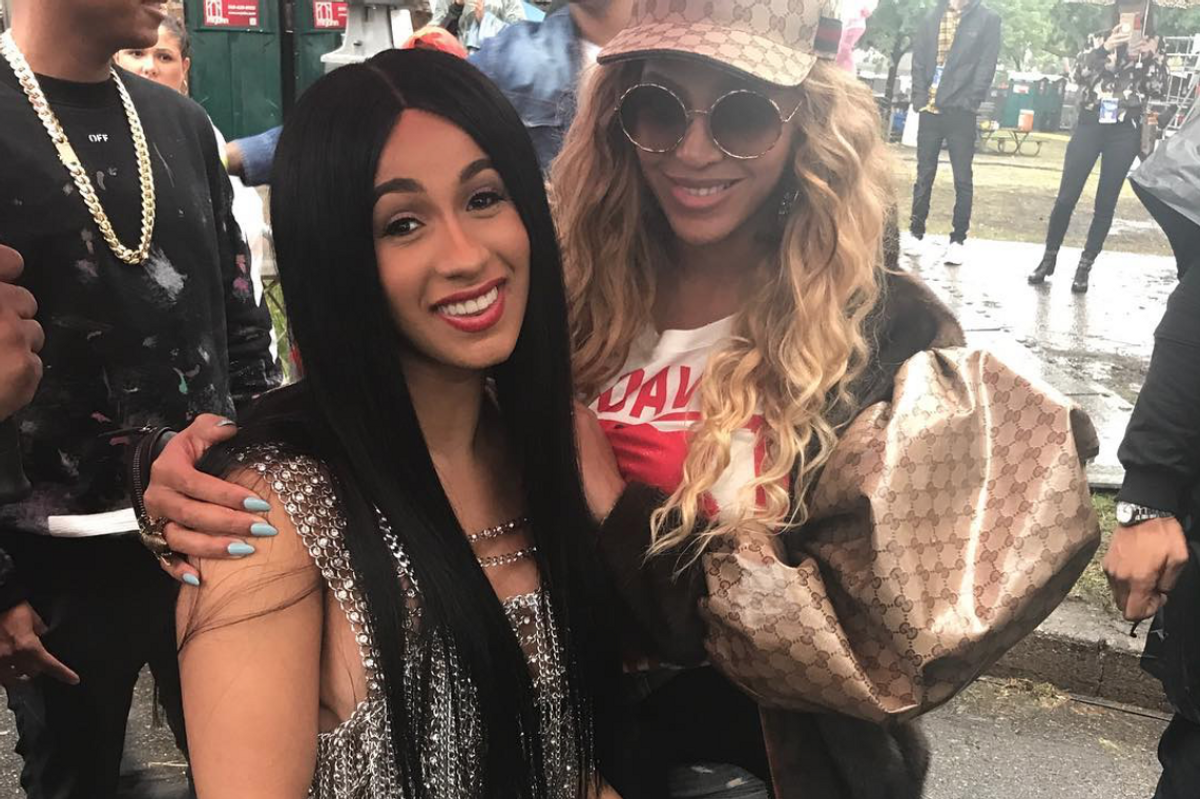 Our 2018 Wish List, From Cardi B to Kylie Jenner

New Year's resolutions are tough, so instead we compiled a brief five-point wish list for 2018 in Theodor Herzl's "If you will it, it is no dream" spirit.

Cardi B x Beyoncé collab: They teased us with a picture at Jay Z's Made In America festival (Cardi's clear excitement and caption, "BITCH I met Beyoncé Bitch!!!!!!!!!!!!," is all of us) followed by a snapchat of a mysterious "Cardi B Beyonce Demo." Cardi addressed the rumors as false, but we're hoping she's just trying to throw us off.

A non-sucky comebeack of The Office: A return of the classic NBC mockumentary series was confirmed earlier this year, but if its last season is any indication of what's to come, we'll stick with watching reruns of Jim and Pam's wedding.

Kylie vs. Kardashians showdown: Kylie has been slowly distancing herself from the Kardashian/Jenner clan (note her spotty presence on the latest season of Keeping Up and her absence from the family Christmas card). With her own (unintentionally hilarious) show on E! and name that keeps getting bigger, who could blame her? But this is too pointed not to be some sort of Kris Jenner-doctored stunt. Either way, a public feud would really spice up our newsfeed.

For everyone to stop villainizing Meryl Streep: Yes, Meryl and plenty of others have acted as enablers for predators like Harvey Weinstein and the corrupt Hollywood machine. Maybe she isn't being as radical as she should be, but placing the blame on someone who felt powerless in a male-dominated space is just bad for everyone involved.