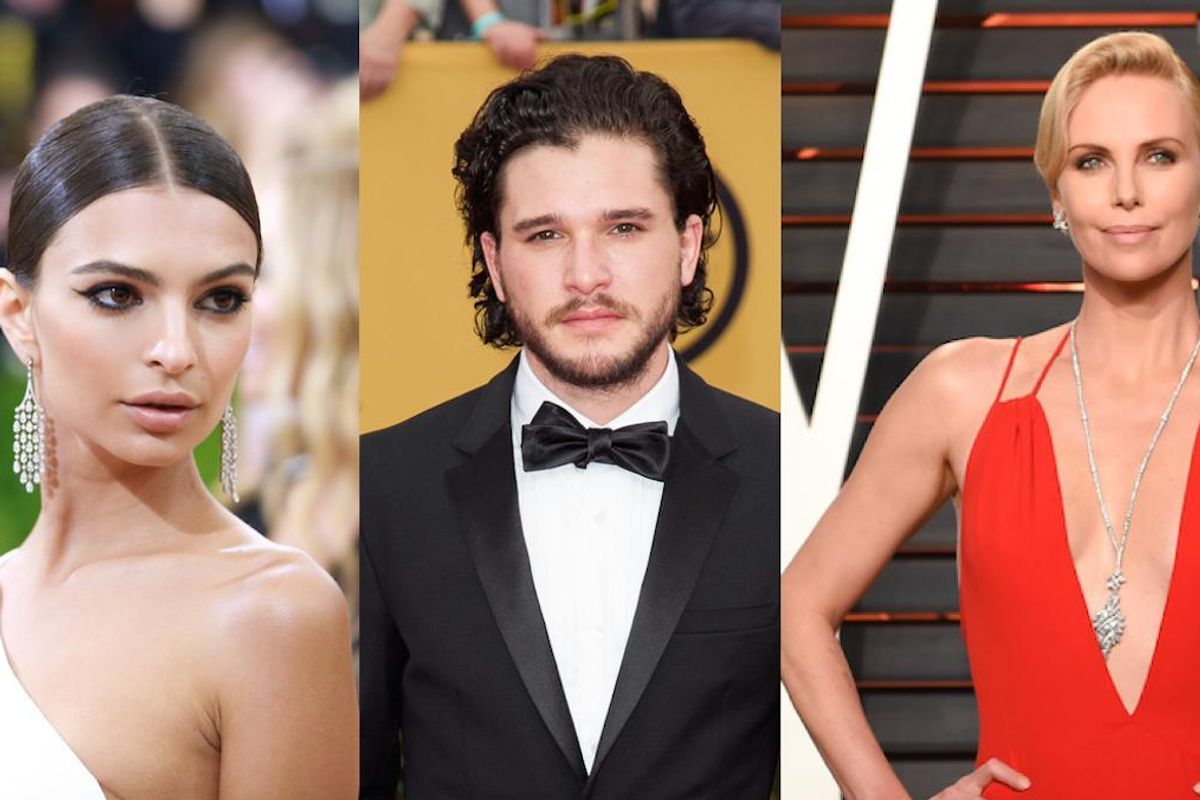 2016 Is The Year of Gorgeous Millionaires Complaining About Being Gorgeous

Kit Harington, beloved star of Games of Thrones, is facing the internet heat, after his interview with The Sunday Times backfired in a big way.

I think there is a double standard. If you said to a girl, 'Do you like being called a babe?' and she said, 'No, not really,' she'd be absolutely right. I like to think of myself as more than a head of hair or a set of looks. It's demeaning.

Harington also acknowledged that his "looks" probably had a big reason for landing such a coveted role.

The star, seemingly forgetting that he was in an interview, saying words that an actual publication intended to...publish, continued:


"If I felt I was being employed for my looks..." something women in the biz/not in the biz literally deal with every moment of every day.

Aside from Kit's woefully tone deaf statements, 2016 seems to be a big year for celebrities complaining about being hot.

In April, Oscar-winner Charlize Theron, vented to GQ about how hard is is for her, an undisputed gorgeous human woman...

Jobs with real gravitas go to people that are physically right for them and that's the end of the story. How many roles are out there for the gorgeous, f*cking gown-wearing eight-foot model? When meaty roles come through, I've been in the room and pretty people get turned away first.

Unfortunately (and not surprisingly), this comment outweighed her other, very excellent point about the industry's woman problem.

We live in a society where women wilt and men age like fine wine. And, for a long time, women accepted it. We were waiting for society to change, but now we're taking leadership. It would be a lie to say there is less worry for women as they get older than there is for men ... It feels there's this unrealistic standard of what a woman is supposed to look like when she's over 40.

Ratakjowski's awareness of being really pretty started at an early age.

I started to realize that I was being perceived differently. It was confusing. Basically it was more about the way that people had a problem with a girl looking like a woman because it confused them, it made them feel uncomfortable and I think there was a lot of guilt that they wanted to induce.

Even still, Emily brought up some very real, perfect points, similar to Charlize's.

It's an interesting paradox: If you're a sexy actress it's hard to get serious roles. You get offered the same thing that they've seen you in. People are like sheep and they're like "Oh, that's what she does well." What's so dumb is that women are 50 per cent of the population and they want to spend money to see movies where they're portrayed as three-dimensional characters.I do hope, though, that these quotes can someday help institute a National Day of Awareness For Hot Rich People.

While Charlize and Emily naturally ignite a collective eye roll in some degree, women should be the only ones allowed to freely complain about beauty being used against them.

I do hope, however, that more quotes like these will gradually help institute a National Day of Awareness For Hot Rich People.