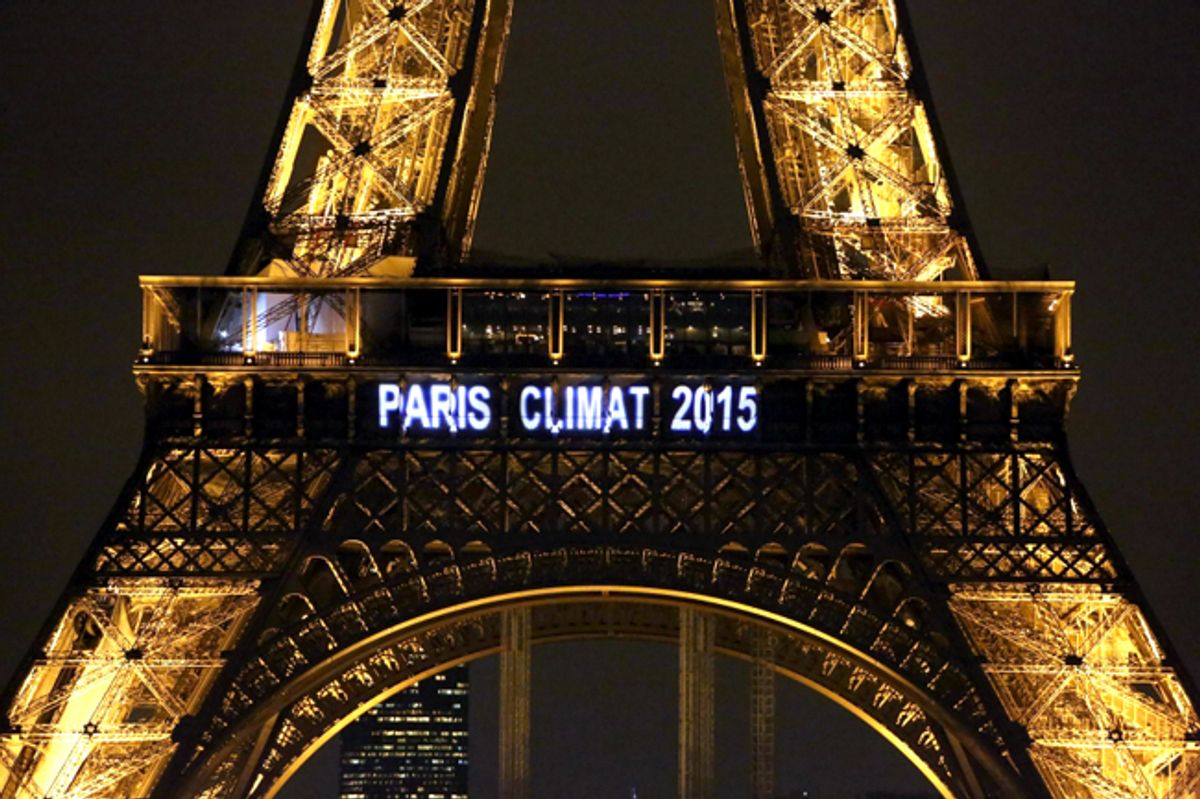 A Primer on the 2015 United Nations Climate Talks In Paris

The 2015 United Nations Climate Talks in Paris officially kicked off this past Sunday (November 30) and will continue through December 11.

For the first time in 20 years, this inaugural summit was established to (hopefully) reach a legal, unanimous agreement from every nation of the world, that climate change must be placed in the forefront of global priority, and that a universal awareness of the deadly threat it poses against humanity must be understood.

151 world leaders have descended on the city of lights for a discourse on how to solve the increasingly deadly threat of pollution-fueled global warming.

Because of the high profile figures in attendance, security in the French capital has tightened even more, in the wake of the horrific ISIS-wrought terrorist attacks that killed 130 people on November 13.

The roster of dignitaries include President Obama, UK Prime Minister David Cameron, Russia's Vladimir Putin, Chinese president Xi Jinping, the U.N.'s Climate Chief Christina Figueres, and Prince Charles of Wales, who called for an end of deforestation -- a cause he has rallied behind for decades.

Obama, who began his speech by calling the conference an "act of defiance" against the horror Paris saw 3 weeks ago, articulated the dire need for a solution, citing examples of places already experiencing hazardous effects of climate change, including our very own Alaska; the president visited the state on a historic trip in September.

Obama called the damage occurring in the 49th state a "preview of one possible future."

"[In Alaska] the sea is already swallowing villages and eroding shorelines," Obama said, adding that, "glaciers are melting at a pace unprecedented in modern times."

France's president François Hollande opened the talks on a somber note, connecting climate change and the global fight against terrorism, stating, "Never have the stakes been so high because this is about the future of the planet, the future of life, and yet two weeks ago, here in Paris itself, a group of fanatics was sowing the seeds of death in the streets."

For some background, efforts to hammer out a climate deal have been in the works for over 20 years, with previous meetings taking place in Kyoto and Copenhagen in 1997 and 2009, respectively. Unfortunately these conferences resulted in protocols that were not ratified and adopted by major players in time, so the deals in question are generally seen as failures by green groups.

This time around, the goal is to get all participating countries to commit to measures that will try to keep global temperatures to 2 degrees Celsius above pre-industrial levels, which is widely cited as the "limit of safety" aka the point where the effects of climate change start getting dangerous. To achieve this goal, big pollution offenders will have to commit to cutting their emissions, with developed nations like the US agreeing to actual cuts while developing nations (which in this case apparently includes China) are allowed a range of targets that include limits and pledges to do things like save forests and increase sources of low-carbon energy. Thus far, the US has already committed to cutting emissions up to 28%, the EU has pledged 40% and China has agreed that emissions will peak by 2030.

But this may not be enough. Current analysis calculates that these numbers will only be enough to keep the global temperature from rising 2.7-3 degrees, which several environmental groups are saying may not be enough. Less developed countries (who have an equal say in the UN) are also reportedly unhappy with the current state of affairs, as they are the ones to be most likely affected by climate change, even if the 2 degree goal is met -- which had led some to speculate that the deal may not go through.

Only time will tell.