Meet Noah Munck, The Child Star Who Went From iCarly to Ableton

10 years ago, the world at large was introduced to Noah Munck, who played Gibby on Nickelodeon's proto-millennial sitcom iCarly. A chubby goofball who was best known for taking off his shirt without warning (passable humor for those in their middle school prime), the Gibby of then is a far cry from the Munck we spoke to now, who produces electronic music under the name, "NoxiK."

Munck, who is based in Orange County, California, developed his passion for hip-hop on the set of iCarly when a producer gave him mixtapes of The Wu-Tang Clan, De La Soul, and other 90's staples. His music is influenced by old school hip-hop, other electronic musicians, and an obsession with the initial phase of dubstep that was popular during his early high-school years. Check out Noah's most recent songs, "Cadillac" and "1YEAR," and our Q&A with him below:

You've been an actor since you were very young. What was it like to be an actor at such a young age, and how did that start?

So I started taking acting classes, got an agent when I was about 10, and I did a few commercials. I booked iCarly when I was 10--and then that went on until I was about 15. It's crazy growing up in that environment...a different childhood, a different life. I've had to work since I was a young kid, so I've definitely grown up [differently] from most people, I would say. Nothing terrible about it, but it's definitely been a different life for me. I still do act, and I enjoy acting, but music is sort of taking [priority] right now.

I do still act, and I do want to act, and I'm still going out for stuff. I was on The Goldbergs last season on ABC -- I was Naked Rob.There's a show on Fox called Son of Zorn [and] I have a little guest spot on that too. So I'm still acting, and I love it, and it's definitely something that I want to do, but music is becoming a real thing for me now.

When did you start doing music?

Music started when I was around 14. Because I was obsessed with dubstep at the time, that genre blew my mind. I was like, "Oh my God, what the hell is this s***?" So I decided to try to make it--Skrillex influenced that when I was 14. I got Ableton [music producing software], and I was really bad at making dubstep when I first started.

I've been listening to hip-hop since I was young. On the iCarly set, actually, one of the producers would give me mixtapes all the time, Murs, and De La Soul, and GZA and RZA, and I was bumping that shit from a young age. With that influence, I always kept up with what's in the hip-hop scene, and rap--I just ate it all up. I started making trap 2 years ago, and then naturally that [inspired me to start] making beats.

What programs do you use to make your beats?

I started off with Ableton, and I've pretty much just stuck with Ableton ever since, and that's pretty much all I use. I have a little mini keyboard that's seen some days--that, and my Ableton setup.

Have you played any other instruments?

Actually, no! I learned how to play keyboard and piano through producing, but I never started with any classical training on instruments. It's so cool, it just speaks to this age now. It's so crazy what you can make on a computer. I made it a passion of mine, and sort of just sat down and worked on it. It's definitely hectic--sitting in my dressing room making beats, and then going to set and working. I like to keep busy and work on it all the time. When I have breaks on set, I'll just be in my trailer, cookin' up shit. 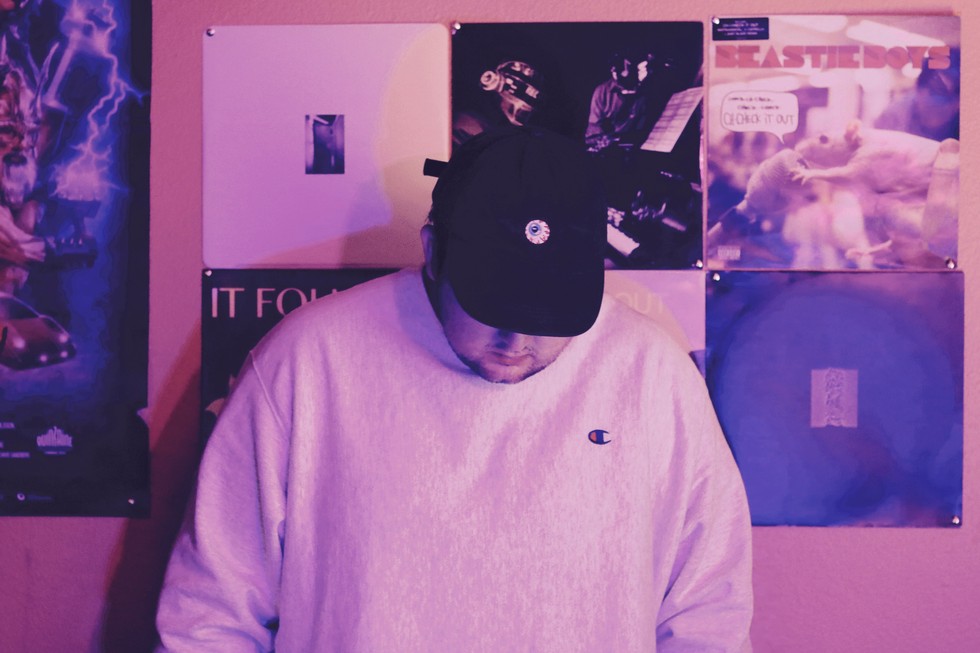 Well right now, in the scene, there's this artist named Dylan Brady who's killing it, who sounds amazing. But my music taste is crazy diverse--I love Dan Deacon right now. The 1975. One of my favorite albums of all time is actually Panic! At The Disco's album A Fever You Can't Sweat Out. I still listen to that album to this day. And Daft Punk, artists like that really influence me. When it comes to hip-hop, like I said, Murs, De La Soul, and then Drake, Odd Future shit--those are people that inspire me. Team Sesh, all that stuff.

I love the old school sound, where they use a bunch of samples. That's why I love The Life of Pablo so much. Kanye is a champion...He's changing it up, as every artist should.

In your music, I know that you produce the songs yourself. Do you ever sample from any other artists, or any beat producers?

No, I haven't really sampled. I make everything pretty much from scratch in Ableton. I do vocals on some of my stuff, but not all the time. I'll do hooks like I did on "Cadillac." I just use my own stuff, and my own melodies. I think that's the way I like to do it, [although]I definitely do want to start messing with samples, because I love that sound, the old '60's and '70s music samples. I have this James Brown album that I just want to really dive into, I know there would be some really sick samples on there.

What projects are you coming out with in the near future?

It may be an EP, LP, or mixtape, I don't really know what to call it yet--but it has a few good collabs on it and more tracks from me, and then two with Trippy [the rapper featured on "Cadillac"]. Other than that, as far as collaborations that are coming up, I have some with Ramirez, and some other stuff that's not announced yet.

What's next for you in the coming year? Music, acting, anything personal?

Well right now, I'm focused on music. I'm playing a lot of shows this summer around L.A., and going on this sort of mini-tour in July. I'll be tweeting up fliers about that. So just shows this summer, and then other music projects. I like to make synth-pop tech stuff with my brother [Elijah Munck], and so we're doing that on the side. We're really influenced by Mac DeMarco. The Growlers, and Mac DeMarco, that's what I listen to other than hip-hop and alt. He's only 14, and that's crazy, because he's so dope on the piano, on the keys...I'm super proud to see him start young.

Where do you see yourself in the next 10 years?

With ten kids, and living in Florida [laughs]. Gotta start makin' 'em! One kid a year. Just kidding--Honestly, I have no clue. Seeing as my life has changed so drastically in the last two years, I can't have an accurate description of where I'm going to be. Hopefully, somewhere crazier.