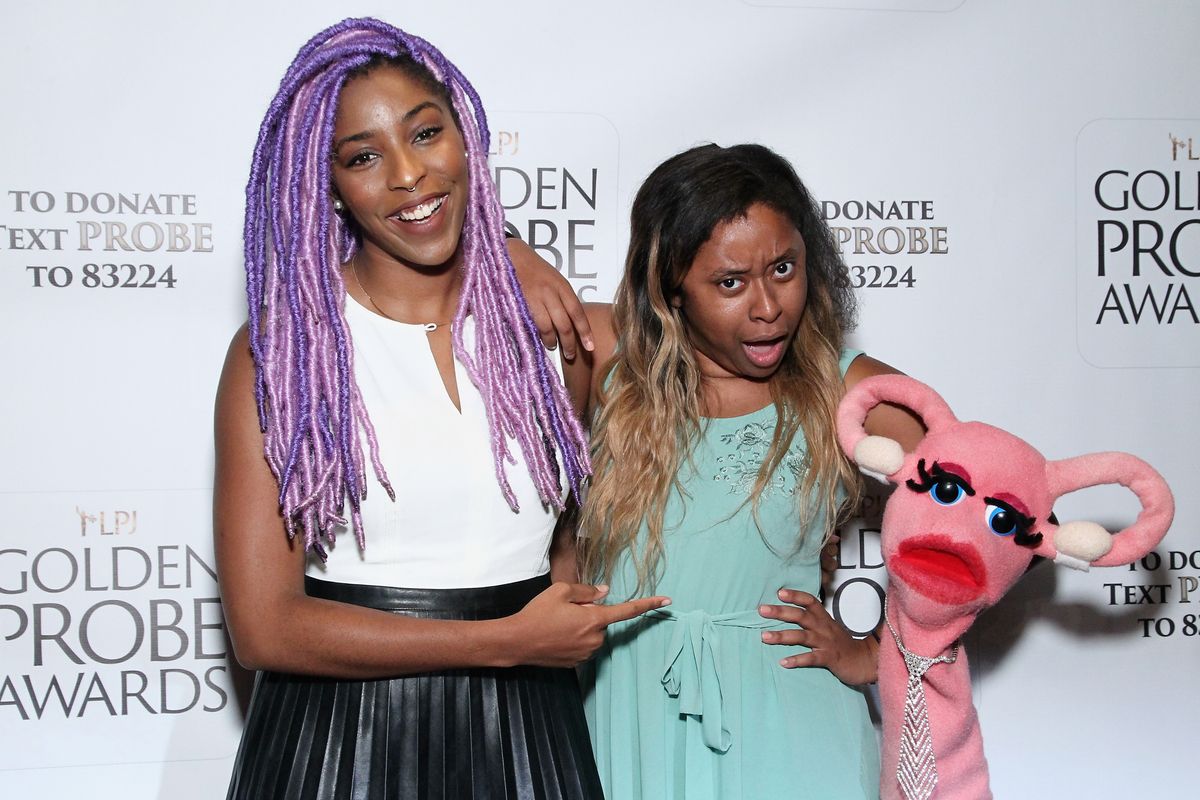 '2 Dope Queens' Is Coming to HBO

It's no secret that 2 Dope Queens is the best podcast around. Jessica Williams (of The Incredible Jessica James fame) and Phoebe Robinson are hilarious, brilliant, intelligent, and everything else you could possibly want from a pair of podcast hosts. As the pair covers topics as varied as sex and romance, living in New York, and Black hair, it's near impossible to not be entranced by their charming wit and irreverent commentary.

Since October 2015, WNYC Studios has made sure that the wise words of these two amazing women was able to be filtered through to our eardrums. Now, we can expect a visual component to the 2 Dope Queens franchise as it has been announced that the podcast was recently picked up by the forward thinkers at HBO to produce four one-hour specials. Little else is known about the partnership, but come on—it's HBO and an independent internet-built comedy. What could possibly go wrong?

You can expect to catch the live-action dopeness on HBO sometime next year.

In the meantime, watch this brilliant talk Williams and Robinson did with Google earlier this year.