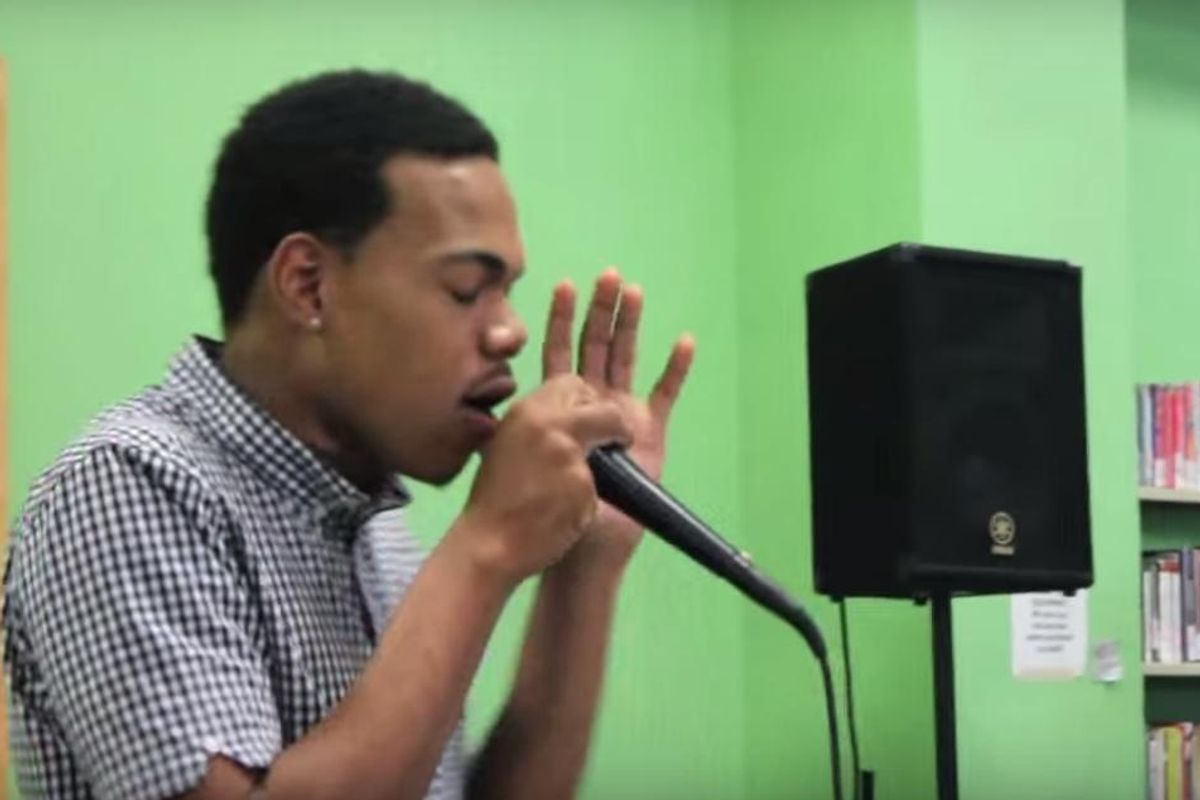 Before he was Chance The Rapper... he was still Chance the Rapper! Pigeons and Planes unearthed this incredible video of a 17-year-old Chance performing "Nostalgia" off his first mixtape, #10Day, at the famous Youmedia open mic held at The Harold Washington Library in Chicago. In an interview with Complex, Chance described the Youmedia open mic as a major launchpad for his career, as well as the careers of other Chicago rappers like Vic Mensa and Nico from Kids These Days, saying:

The big thing was the open mic. [...] 200 people would come out to see us perform, 200 kids. The list would be super-fucking full, 30 kids trying to perform different poetry pieces, people coming up there footworking and breakdancing, doing standup, singing and rapping, just doing crazy shit. It was a really ill thing because it was smack in the center of downtown, so anybody from any school could come there because every train comes to the loop [downtown]. I met damn near all the producers on #10Day through this library.

Watch the origins of his idiosyncratic flow and delivery below, and stream the 23-year-old's latest opus, Coloring Book, here.