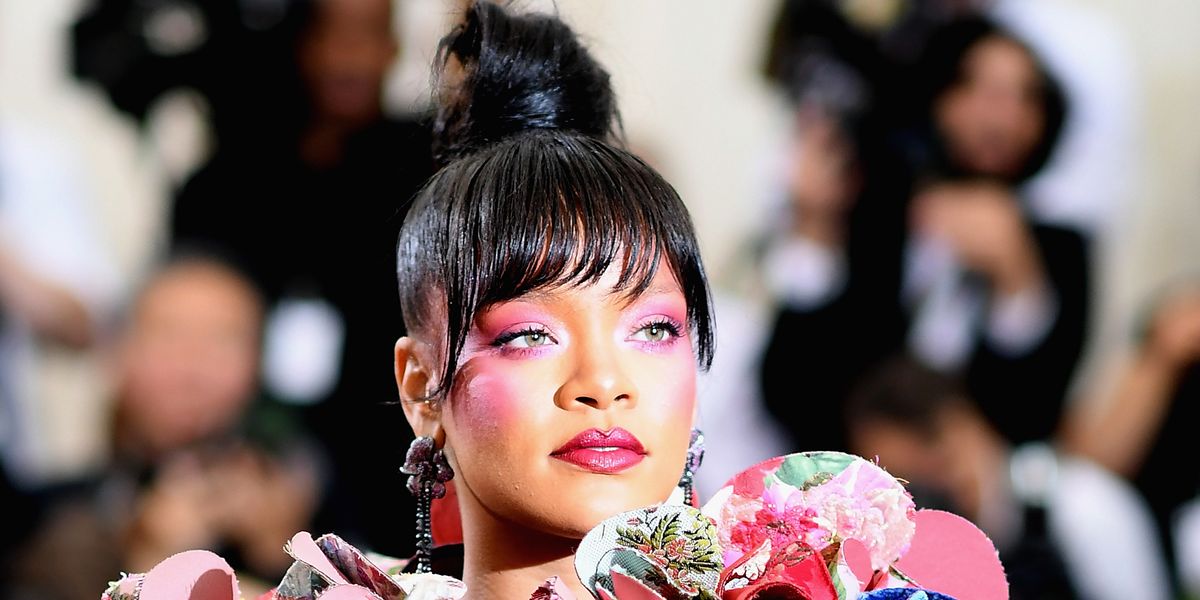 17 Times Rihanna Was Iconic This Year

Robyn Rihanna Fenty. Rihanna. Rih. Badgalriri. As the most influential celebrity on the planet, the singer/actress/designer/make-up mogul/Barbados ambassador/humanitarian/fashionista is objectively one of the most prominent (if not the only) icon of our generation. Forget all those other queens you stan, the sun rises and sets with RiRi.

Although our dream girl did not release a solo single this year (she is still, naturally, riding the wave of her career-defining eighth studio album ANTI ) that doesn't mean she hasn't kept busy. With a series of truly excellent trend-setting looks, truly pure comebacks, boundary-breaking moves and truly could-care-less attitude, Rihanna has remained a shining beacon, guiding us through the dark tunnel that has been the last 12 months.

For these reasons and more, we have compiled a list of the 17 times when Rihanna was peak iconique during 2017. There were of course, many, many moments to choose from, because, as you well know, this girl is out here doing the lord's work.

"Thickanna" was a term coined by Rihanna herself after fans noticed several years ago that she was filling out. This year Rihanna has re-embraced Thickanna and frankly we are undeserving.

Before Kim did it, of course, Ri did it. When this image was posted to the Instagram of one Robyn Fenty, the PAPER team collectively lost it. We crowned her our annual Coachella queen, of course, and frantically sought words to describe just how moved we were by this look. Think we nailed it?

3. Her commitment to educating girls, prompting her to "@" every first-world leader

hey there @mauriciomacri, what's your plan for Argentina to commit to #FundEducation? 🇦🇷
— Rihanna (@Rihanna)1498253905.0

Germany, I'm checking in to see where we are on the commitment to #FundEducation w/ @GPforEducation? @regsprecher, I'm depending on you!😊 🇩🇪
— Rihanna (@Rihanna)1498257040.0

Oh, and then she hung with Macron.

3. That time she covered PAPER and shut the whole scene the hell down

Barbados honored our angel by naming the street she grew up on after her. I don't want to say your fave could never, but could your fave ever?

5. That time when she dragged Diplo to the darkest of depths and refused to backtrack

Diplo has been trying to collaborate with Rihanna for many moons. More recently, after informing him she "didn't do house" (which he quickly worked out was a lie) the queen allowed him to play her some tracks. This is what happened next:

7. (Because it deserves a section of its own) Tulle at the protest

Despite her high profile, Rihanna showed up to support the Women's March in full pink. Majestic.

8. When she murdered us all at Carnival

9. Our beautiful queen made foundation to match every, damn, skin tone

The balenciaga boot/pants! The boob grab! The sexy writhing with fan-turquoise-bedroom look! She leaves us shaking.

12. She pulled out a flask at the mother-freaking Grammys

She kept it a lil under wraps.

Then loosened up considerably.

13. When she lost to Beyoncé at the Grammys and talked through the entire announcement before reapplying her lipstick

A precious dream who knows her angles all too well.

It takes a queen to know a queen.

One of the very few to take on Rei for real (i.e. not just try to look hot like many, many others), Rihanna did the very most and did it right. Can you believe this vision?

Wow, what a ride. What a year for RiRi. She blesses us over and over. We are not worthy, but we are grateful.