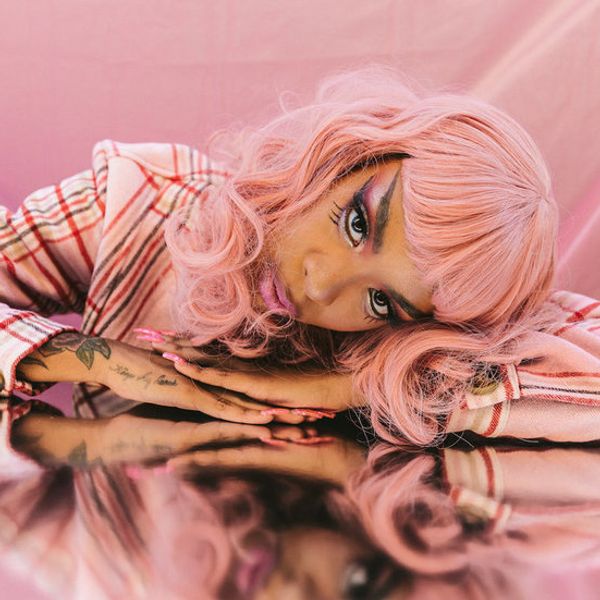 Right now, around 100,000 people are streaming into the Indio desert for two consecutive weekends of drug and Instagram-fueled musical hedonism at Coachella, which kicks off the 2019 festival season. Here are the rules: be nice, drink water and do your part to make 2018 the last year that white people show up in bindis and feather headdresses.

It might have plenty of other sparkly toys and corporate pop-up enchantments to play with, but Coachella's main attraction will always be its unrivaled expansive and expensive line-up, which brags over 150 acts (who'll play both weekends' identical line-ups).

It's a daunting poster this year. Childish Gambino, Tame Impala and Ariana Grande are headlining, but there are so many major acts every night that Album of the Year Grammy-winner Kacey Musgraves is billed as a third-line act for Friday. Lizzo as fourth-line for Sunday?! World-renowned DJ Idris Elba is hidden all the way down in the fifth line for Saturday?

You guys know better than to skip BLACKPINK's historic performance — or Rosalía, Bad Bunny, SOPHIE, King Princess, Maggie Rogers, Tierra Whack, Christine and the Queens, Blood Orange or (one more time for the people in the back) Lizzo's, right? Cool. With those faves accounted for, to help you navigate the line-up, we've rounded up 17 of the finer-print acts whose names might be... well, anonymous entries on a festival poster to you, but who you shouldn't miss.

The New Jersey rapper has a sticky voice like syrup (always glazed with just the right touch of autotune), hypnotic hooks and an aggressive moodiness rare in songs that also move your body around the dancefloor. She broke out last year with a show-stealing vocal on Kanye's "Ghost Town" off of Ye (that she first learned about at the campfire) and since released a killer debut EP Glitter. Maybe she'll even bring Yeezy out for a duet?

Khruangbin is an East Texas-based trio of rock and roll iconoclasts who draw inspiration from Thai funk, Middle Eastern soul and Indian instrumentals: the result is a woozy, feel-good psychedelic sound rooted in the blues that sounds like absolutely no one else.

Chicago-by-way-of-St. Louis rapper Smino (a close collaborator of Noname and Saba)'s delightfully funky, soulful, introspective raps waft through air like a hybrid of Ravyn Lenae (a member of his Chicago crew) and Chance The Rapper.

Amorphous, vocal fry heavy, experimental synth pop is in full bloom right now: Let's Eat Grandma are among its most creative contributors. The music of Rosa Walton and Jenny Hollingsworth is raw and colorful with a wonderful taut quality, like a bunch of floating balloons that might pop into an explosion of glitter and tears at any time.

Frances Quinlan, frontwoman of the Philadelphia quartet, has a voice like a drawer of silverware being hurled at the ground, and paints intricate moments in the band's throbbing, jagged and huge-hearted indie rock.

Show up for the queer neo-R&B visionary who sings in angelic whispers about wanting to die over orchestral strings and a gospel choir. He told us last year that he wants to be known as a "stage queen," so don't miss him performing tracks off his most recent album soil.

Take a break from fist-pumping and moshing to check out Mon Laferte: the most listened to Chilean musician in the world. There's a reason for it: her emotive crooning and impressive belting over a hybrid of pop and traditional bolero music is the possibly the sound of angels.

I've said it, I'll say it again: Rico Nasty is the most punk rock artist working in 2019. Her sugar-trap beats are electric, her flow is vicious sandpaper, and her lyrics are overflowing with rage and refusal. If you don't want your pussy hats and "nasty woman" t-shirts put to shame, definitely skip her sets.

A French music — and film — icon, Charlotte Gainsbourg's synth-pop is an hypnotic disco frenzy, filled with ghostly dark matter vocals is one huge mood that you'll need as an antidote the overload of fist-pumping techno and sunny pop. If you turn out, maybe you'll get to hear her whispered cover of Kanye's "Runaway."

Yves Tumor's searing, ghoulish and genreless music defies expectation emotionally, sonically and politically. His sound has transformed wildly over time, but his latest, gorgeous and unsettling record Safe in the Hands of Love was one of the best of the year and his performance promises to be as transcendent.

The Japanese trio has been in the game for 10 years, but America is just catching on: they're the first J-pop group to ever play Coachella (another historic feat alongside BLACKPINK's appearance as the first k-pop girl group to grace the desert stages). Their retro-futuristic, dubstep-reminiscent synth-pop bops are premised on dreamy melodies, and their famous choreography and sets at shows are all about exploring the future and technology.

Nigerian Afro-fusion rapper Burna Boy accidentally gained an audience when people confused his grooving single 2019 "Ye" with the iconic album of the same name, and it's been a happy accident: the biggest Nigerian artist of 2018 (Virgil Abloh and Nicki Minaj are fans) draws on dancehall and Afro-pop for his addictive and kaleidoscopic bangers.

Here Are Quarantine Trends From Around the World