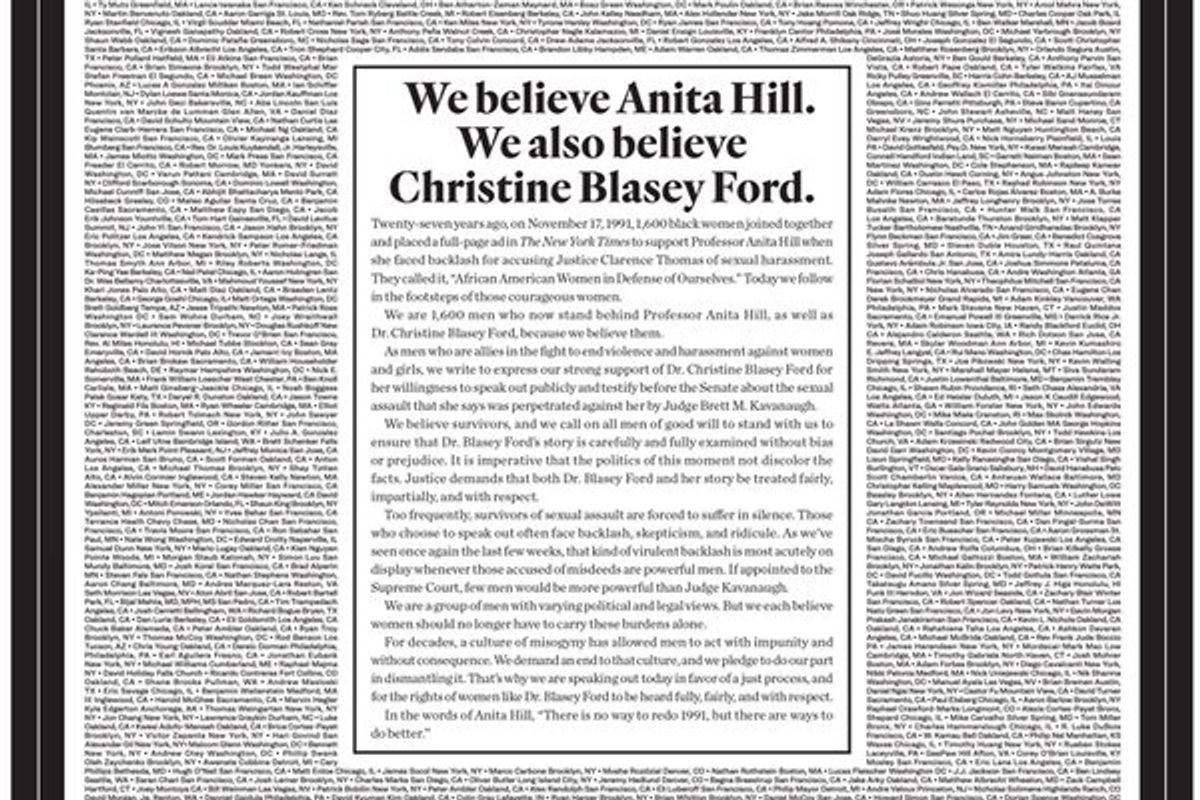 One of the starkest aspects of the current Supreme Court confirmation hearings, during which it has emerged that Brett Kavanaugh stands accused of sexual assault by three different women, is that we've been here before. In 1991, Anita Hill testified against nominee Clarence Thomas, and 1600 black women signed a letter of support published as a full-page advertisement in the New York Times. In tribute, 1600 men took out a similar Times ad in support of Dr Christine Blasey Ford, published on Wednesday.

Blasey Ford is testifying in congress Thursday morning, alleging that Kavanaugh attempted to rape her during a small high school gathering in the 1980s while their mutual friend Mark Judge looked on. You can stream the whole hearing on the New York Times website.

The ad, in support of Blasey Ford, has the headline: "We believe Anita Hill. We also believe Christine Blasey Ford."

It goes on to urge other men to support Blasey Ford's story. "We are a group of men with varying political and legal views," it reads. "But we each believe women should no longer have to carry these burdens alone. For decades, a culture of misogyny has allowed men to act with impunity and without consequence. We demand an end to that culture, and pledge to do our part in dismantling it."

The Times ad placement was organized through crowdfunding by the Phenomenal Woman action Campaign, also raising $130,000 in the process.

Despite Anita Hill's testimony back in 1991, Justice Clarence Thomas still sits on the Supreme Court today. But those who signed the letter clearly hope that history won't repeat itself to that extent. We'll know more this afternoon, after Kavanaugh and Blasey Ford have both testified.