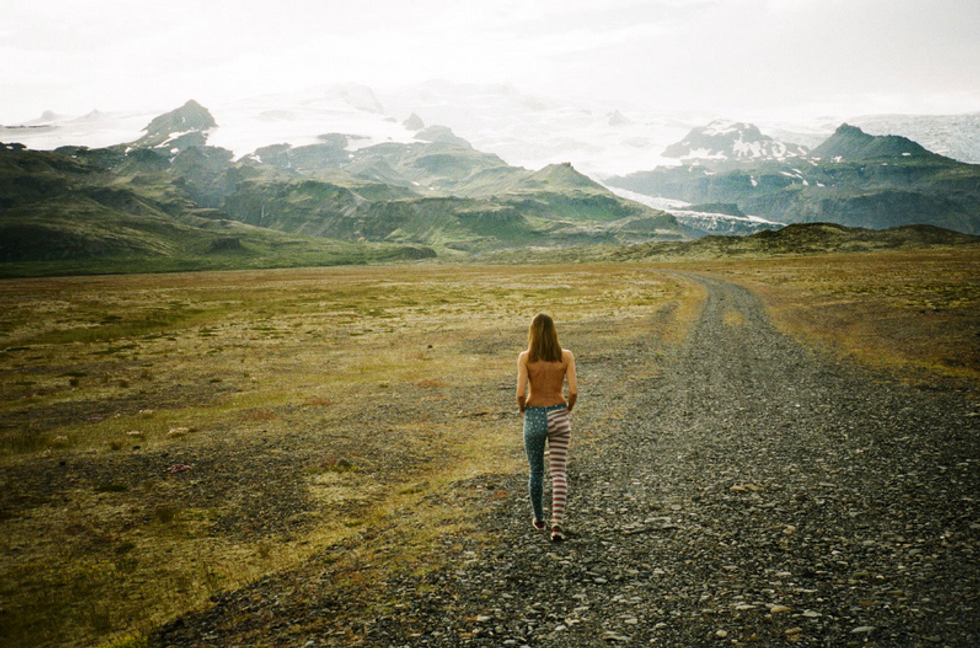 There's another group photo show opening on the 11th from 6 to 9 p.m. called "The Photography Show" presented by The Committee and AKArt at Site/109 (109 Norfolk Street).  Works by Dietmar Busse, Janine Gordon, Allie Pohl and others will be on view through December 20.  Also check out the pop-up shop for Allie Pohl's "Ideal Woman" jewelry line.

Sargent's Daughters (179 East Broadway) hosts a panel discussion on their current "Brad Jones" exhibition ("Jones" is a collab between Brandi Twilley and Jennifer Rubell) on Wednesday, December 10th, 6 p.m.  Tanya Selvaratnam moderates and panelists include both artists plus David Humphrey, Sara Stern and Emily Weiner.  The exhibit is up until December 21st. 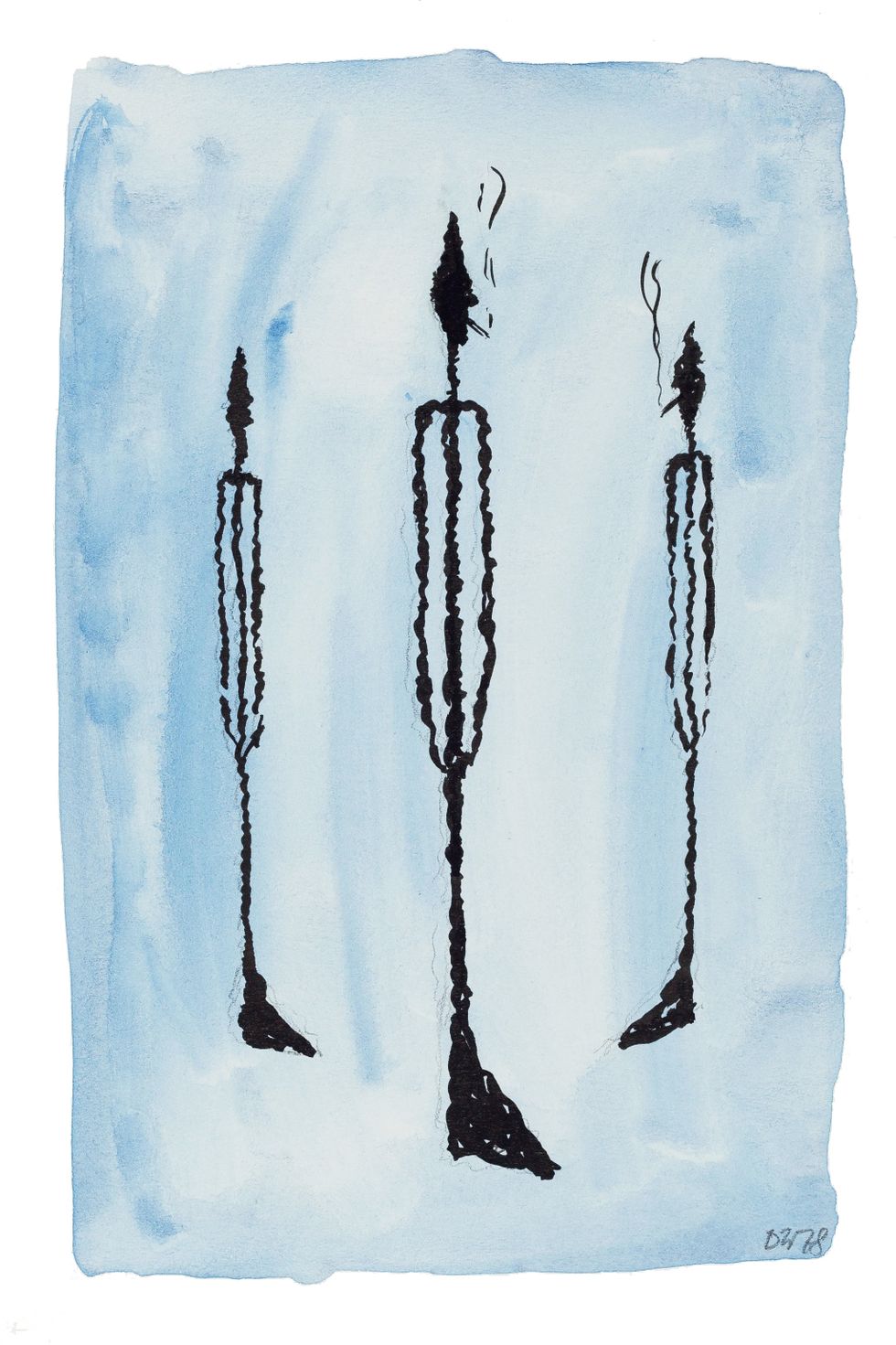 Peter Blum Gallery  (20 West 57th Street) opens an exhibition of new works by Luisa Rabbia called "Drawing" on December 11th from 6 to 8 p.m.  Rabbia was born in Turin, Italy, but currently lives and works in Brooklyn.  It's her second solo show at the gallery.  On view until February 7, 2015.  If you're up in Boston before February 1st, check out her installation, "Waterfall," on the facade of the Isabella Stewart Gardner Museum. 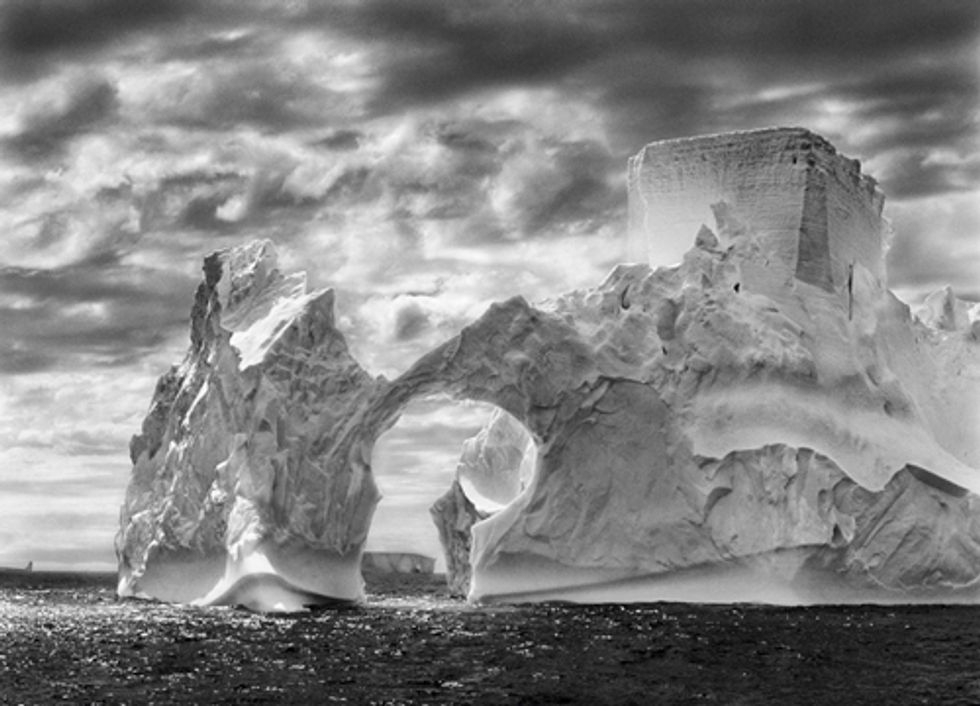 "Fortress of Solitude" by Sebastio Salgado

Yancey Richardson Gallery (525 West 22nd Street) opens "Genesis" by Sebastiao Salgado on Thursday, December 11, 6 to 8 p.m.  The show includes works selected from the artistÊ¼s eight-year project photographing the natural world in its pristine, untouched state.  Up until the end of January.  The entire "Genesis" exhibition is still on view at the International Center of Photography (1133 Sixth Avenue) until January 11th. 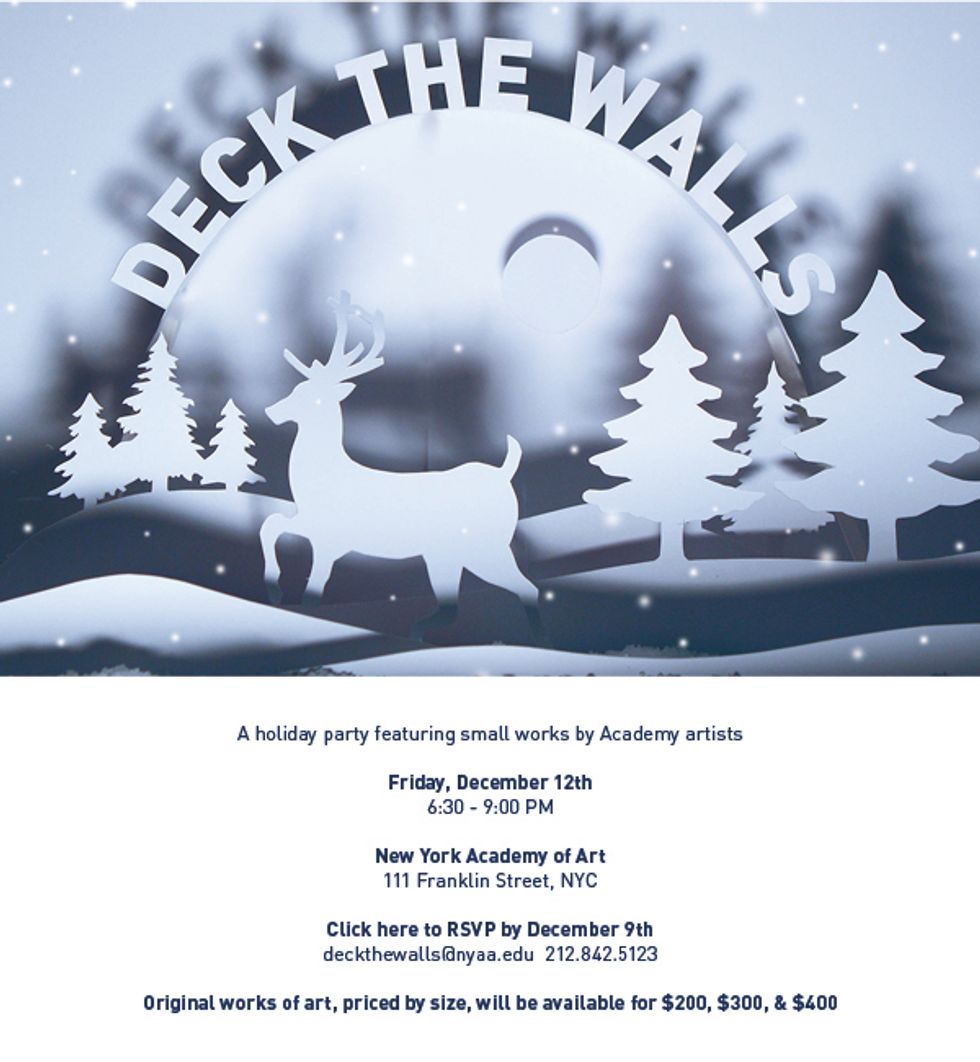 The New York Academy of Art (111 Franklin Street) kicks off the holiday season with "Deck the Walls," a party featuring small works by Academy artists on Friday, December 12th, 6:30 to 9 p.m.  Works for sale at $200, $300 or $400 include several by artists including Elizabeth Glaessner, Yungsung Jang, Alyssa Monks, Nicolas V. Sanchez and more.  RSVP mandatory to deckthewalls@nyaa.edu

Andrea Rosen Gallery  (544 West 24th Street) hosts the opening reception for a show by Michael Wang called "Rivals" on Friday, December 12th, 6 to 8 p.m.  The gallery will house metal shelves filled with familiar consumer products appropriated from rival firms and the sale of the art will fund fund an equal investment in each firm as the artist is paid for the work in common stock of both, thus creating a "conceptual merger."  (Apologies to the artist if my interpretation of this work is not 100% accurate.)  Up until January 24th, 2015. 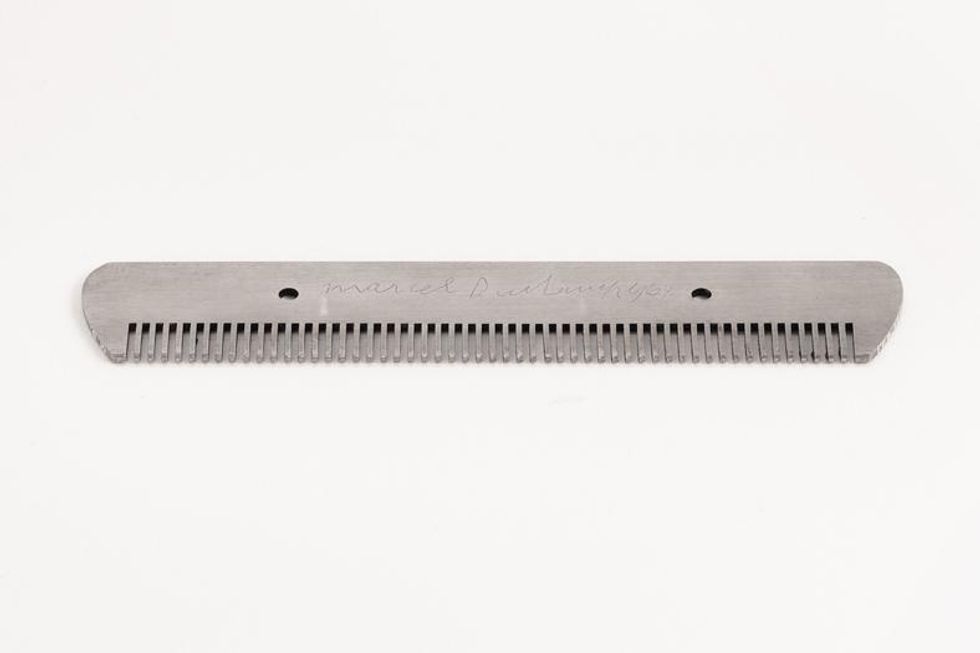 Also opening at Andrea Rosen on the same evening is a group show of "20th-century masterworks" curated by the art historian Robert Hobbs.  "The Thing and the Thing-in-Itself" includes works by Marcel Duchamp, Joseph Kosuth, Rene Magritte, Piero Manzoni, Yoko Ono and others.  Also up until January 24th. 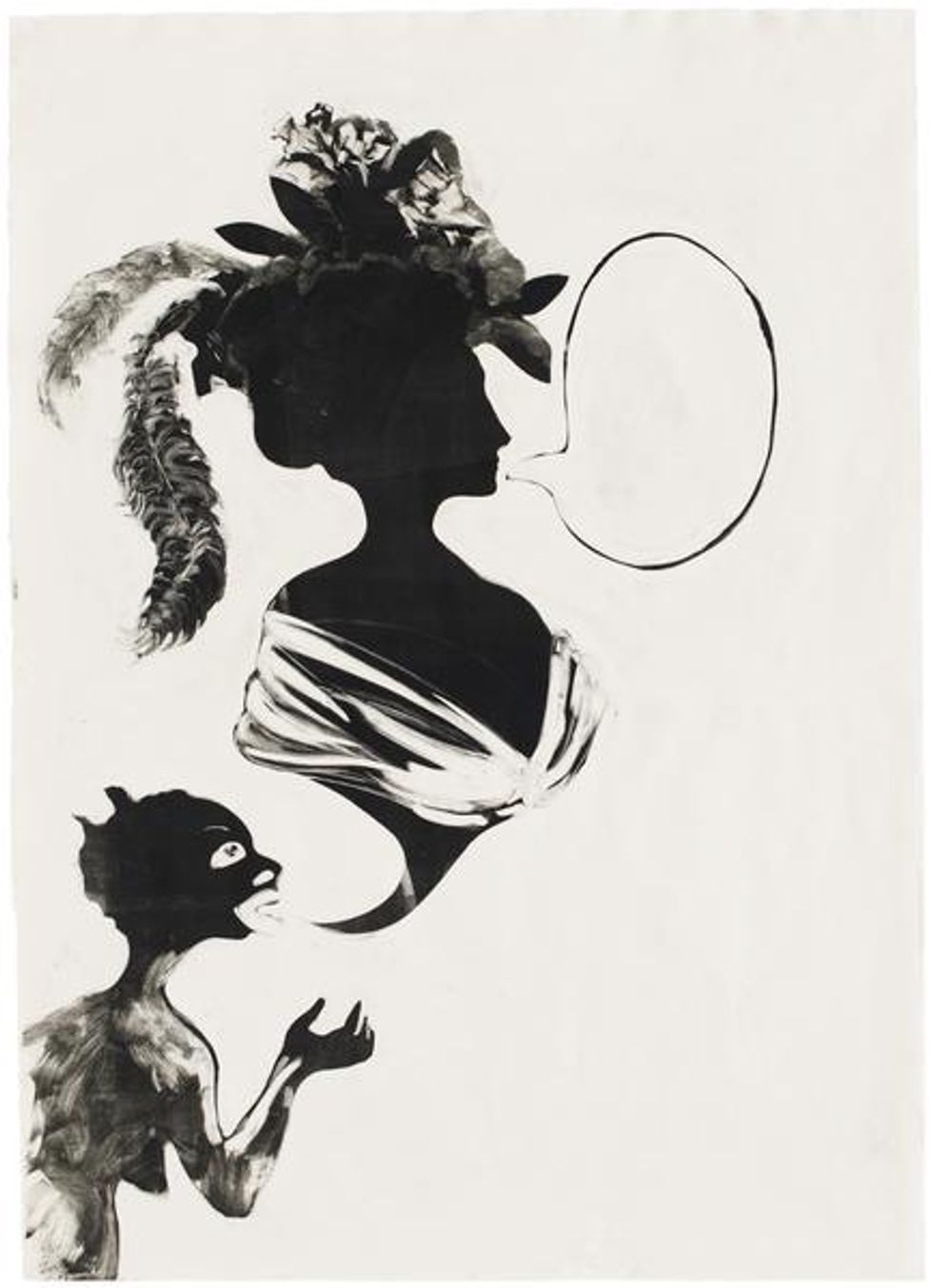 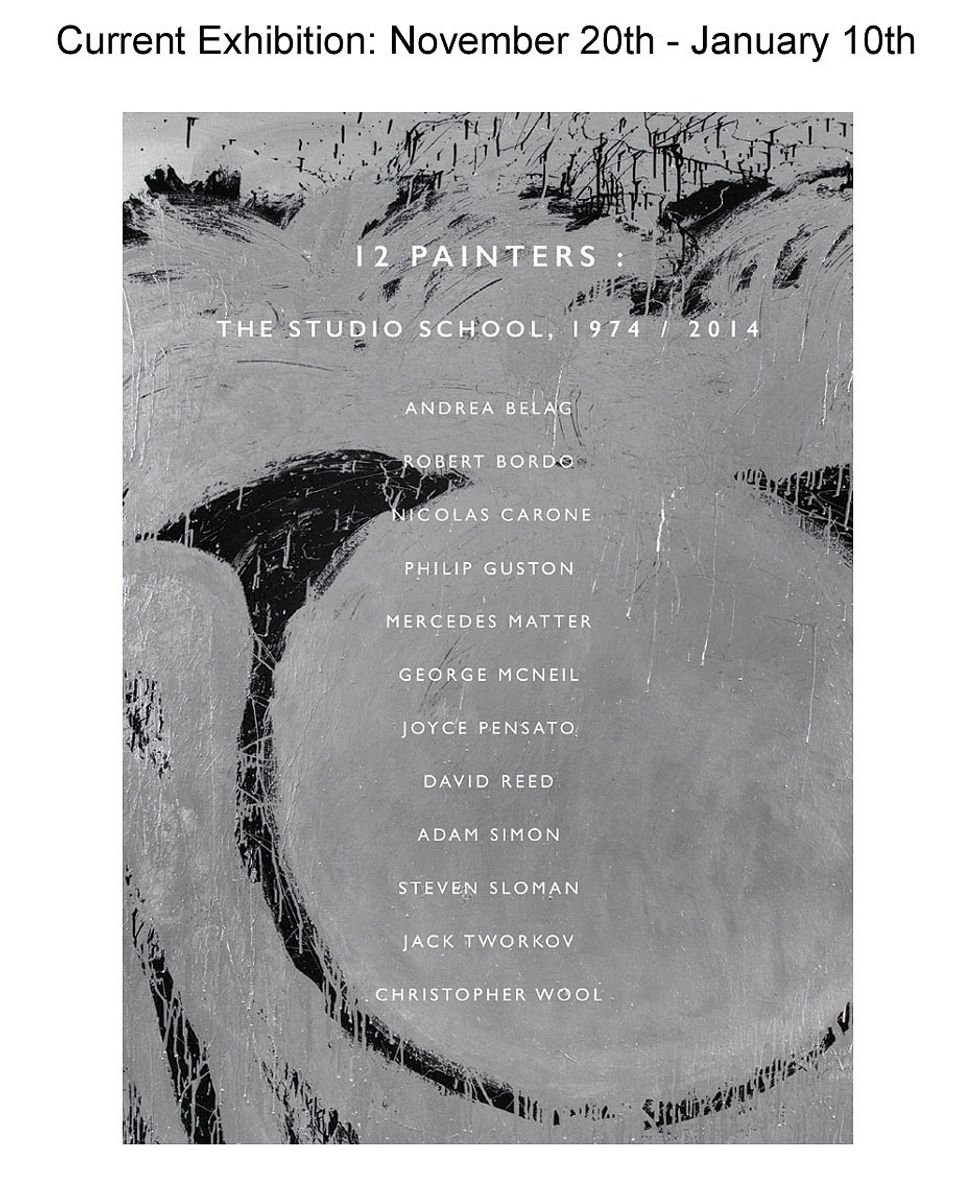 The L.E.S. Art Drive benefits The Bowery Mission with a one-day silent auction on Sunday, December 14, 1 to 6 p.m., on the ground floor of the New Museum (231 Bowery).  Get a sneak peak and start the bidding HERE.

Legendary hip-hop DJ Grandwizzard Theodore spins at this Sunday's, December 14,  Pioneer Works (159 Pioneer Street, Red Hook, Brooklyn) last open house of 2014 along with music from I Love Vinyl, klezmer punks Golem, plus open studios and food and drinks.  The music runs from 5 to 10 p.m., but at 4 p.m. there's a conversation with Bosco Sodi and Christian Viveros-Faune followed by a book signing of Sodi's new monograph published by Art Identity.