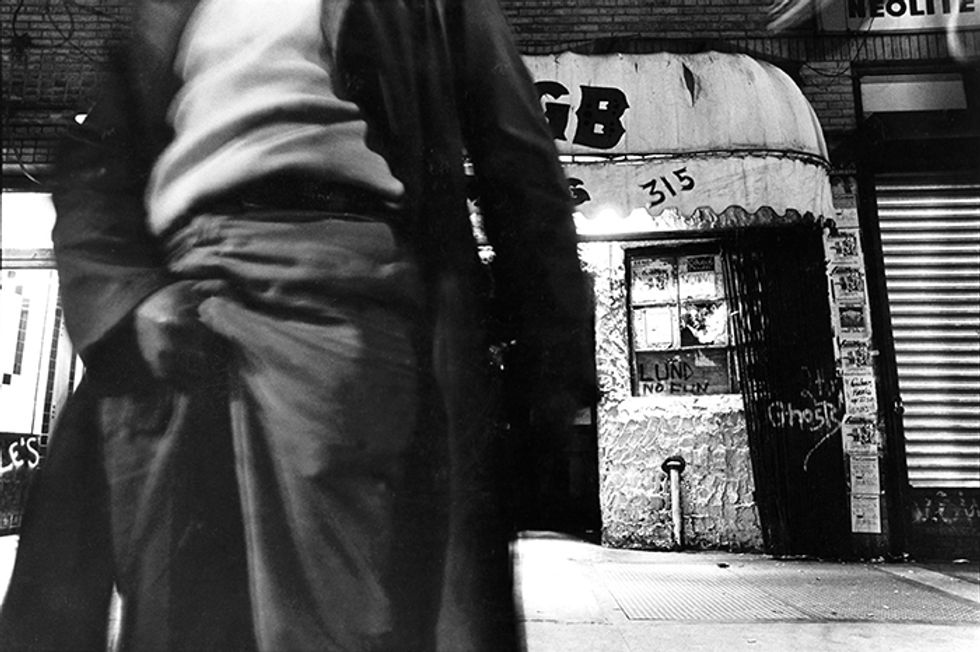 100 Years of New York Nightlife: How the '70s Was a Decade of Glitter (and Powder) Amidst Decay

by Michael Musto
PAPERMAG
In our October 'Nowstalgia' issue we're taking a look at 100 Years of New York Nightlife, tracing after-hours trends to their beginnings and analyzing the ways our nocturnal habits of the past continue to influence our habits of the present. We've already kicked things off with the Roaring '20s and the exclusive Post-War era; below, we look at the glittery, disco-tinged 1970s. Check back for future decades each day.

If you've ever indulged in line dancing, tambourine shaking, glitter wearing and coke, you owe a heavy debt of gratitude to the 1970s. That's when nightlife put on a happy face to combat the jaded air of ennui that loomed over the culture like a rain cloud. It was the decade filled with the detritus of Vietnam and the Watergate scandal, and since all faith was lost in the government, the masses were driven to check their minds at the door of glitzy discos and simply boogie till they dropped. New York was particularly seedy and depressed at that time, but like a mirage in the desert, up rose Studio 54 -- the ultimate disco, set in an old TV theater, which was milked for theatrical effects, from the descending set pieces to the drugs, sex and dancing on different levels that the cognoscenti quickly called home. The lavish Steve Rubell-Ian Schrager playpen was sinfully exciting, once you got past the outdoor throng thanks to being someone, knowing someone or simply looking hotter than shit. Once inside, it was a democracy on the dance floor, as you did "the Hustle" alongside major celebs to the elaborately orchestrated, female-vocals-driven songs about love, regret and sex in the bushes. It was there that I bumped into Liza Minnelli, danced with Margaux Hemingway, ogled Michael Jackson and Dolly Parton and desperately tried to get photographed myself.

A crowd outside Studio 54, 1978. Photo by Allan Tannenbaum

Starting in disenfranchised communities consisting of blacks and gays, disco ended up bubbling above-ground and drawing in the throngs, everyone conjoined by the giddy swirl of thump-thump merriment and carefree fun. No one knew about health hazards to come, nor did they care much about the concept of rehab, so they simply partied to the max, afraid of nothing except the thought of waking up the next morning. Gays were considered quite fab at this time (a new development, in the post-Stonewall era) and had developed their own sub-universe, indulging in raunchy sex places (like the Mineshaft and the Anvil) and cruisey discos (Crisco Disco), but also mixing with the other team at clubs like 54, the runner-up disco Xenon and other cathartic hot spots like Les Mouches and Le Jardin. Everyone was equal under the glitter dome, and as they lined up to dance "the Bump," they were bonded by the beat as well as by a sincere inability to feel the least bit self-conscious about their wacky hedonism.

Andy Warhol and Divine at the re-opening of the Copacabana, 1976. Photo by Allan Tannenbaum

Of course for every trend there's a counter-trend, so new-wavy dance clubs emerged to cater to narrow-tie-wearing punks who preferred minimalist dancing and posing to flat-out whoop-whooping. Lovably dingy CBGB had been going strong since 1973, soon to be joined by Hurrah in '76 as a haven for bands and the too-cool-for-school crowd. Two years later, Steve Mass opened the Mudd Club on a ratty side street in Tribeca, where it flourished as a glorified dive where avant-garde filmmakers and their friends could exude some 'tude and mix with celebs like David Bowie and Debbie Harry in between catching the edgiest musical talent on the planet, like the Talking Heads, the Contortions, dna and my own band, the Must (until a bartender told an absent Mass that we sucked, and that was the end of our bookings there, which was fine).

The Psychedelic Furs at the Mudd Club, 1980. Photo by Allan Tannenbaum

I would regularly barrel between the two worlds -- the glitz of 54 and the austere aesthetics of Mudd -- loving them both because of their unique electrical charges. Connecting the two places was an affinity for great music, glamour and the art of being in the right place at the right time.  And the influence is still felt. The '70s patented the idea of dancing as a communal delight, and it took fun-seeking to an extreme, setting a standard that some (admittedly denial-prone) partiers still strive for today.  And since Top 40 pumps out of a lot of dance clubs these days, it harkens back to a time when disco hits -- which were big on the crossover charts -- played and we squealed with recognition, then flailed our arms around to act them out as we danced. It's not for nothing that some dance clubs are still called "discos."  There are all-new rules, but it's the same feeling.