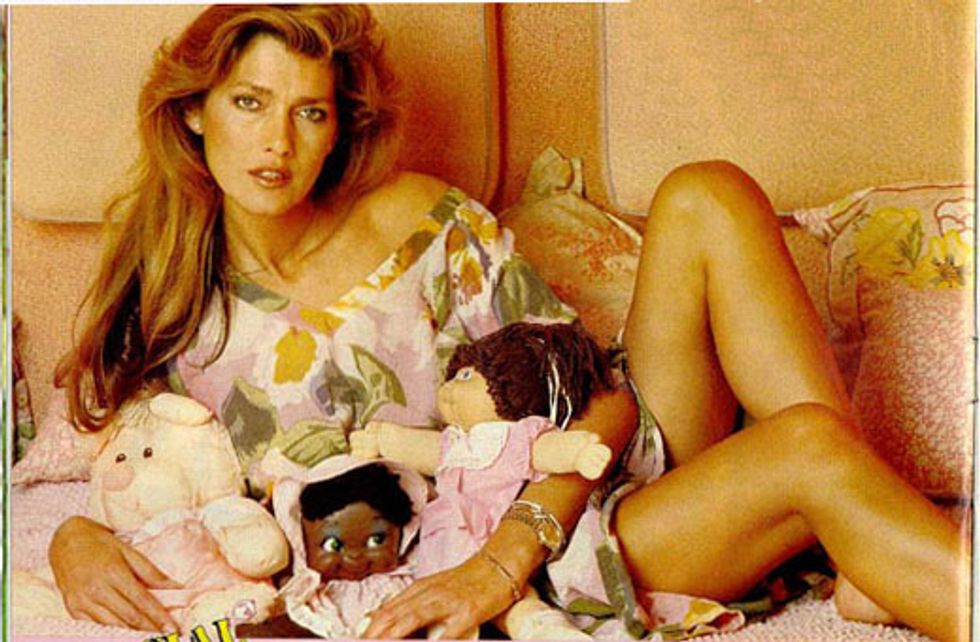 10 Trans Trailblazers Who Made History

It has been an exceptionally noteworthy year for the trans community but the work to advance visibility and safety is far from complete. The extraordinary individuals below are artists, scientists, CEOs and pioneers who have made tremendous strides in bringing acceptance and equality to the fore and who continue to work tirelessly to keep up the momentum. We celebrate their creativity, love and fearlessness as an integral part of Pride week.

Photo by David X Pruttig/BFA.com
Laverne Cox
The actress is practically a household name due to the runaway success of the Netflix series Orange is the New Black and her memorable Time magazine cover in spring of 2014 highlighting the progress and state of transgender individuals. Cox fearlessly champions trans issues, most notably violence against trans men and women and especially against trans people of color. She does not let the recent, and very welcome, wave of trans awareness obscure the danger that the trans community still faces on a daily basis.

Christine Jorgensen
Trans visibility is challenging and dangerous enough but imagine living it during McCarthyism when your life could be ruined for simply having friends who might be communist. Jorgensen was the first widely-recognized trans woman to go through SRS and returned to the states in 1952 after a highly-publicized procedure in Europe. She challenged the idea of herself as a curiosity and  was a role model for trans women and men as a fiercely intelligent and graceful advocate until her death in the late '80s.

Martine Rothblatt
Rothblatt is a pioneering attorney and entrepreneur who founded SiriusXM radio and helped create the first satellite technology. She writes prodigiously on subjects like the future of 'cyber-humans' and devotes much of her time to research and development of medical technology, specifically lung transplants. She frequently tops the list of highest-paid female CEOs.

Jazz Jennings
At just 14, Jennings is a YouTube star and recently landed a groundbreaking gig as a spokesperson for Clean & Clear, the skin care line owned by Johnson & Johnson. She was named one of the '25 Most Influential Teens of 2014' by Time and her show, All That Jazz will premiere on TLC later this summer.

Photo by Madison McGaw/BFA.com
Juliana Huxtable
The artist and performer is one of the most closely-watched and compelling figures in the New York art world. She was the author and subject of several pieces in the 2015 New Museum Triennal and is unflinching about her own agency as a trans woman working in the culture and art spheres. Once asked what the nastiest shade she has ever thrown was, she gave a perfect response: "Existing in the world."

Chaz Bono
Being in the public eye was nothing new for Chaz as the child of legendary parents Cher and Sonny Bono. But it was his very public journey as a trans man that became his most important story. The documentary about his transition, Becoming Chaz, was a Sundance hit that chronicled his struggles and triumphs as he transitioned. He was also the first transgender individual to compete on Dancing With The Stars reaching upwards of 10 million viewers per episode.

Photo by Madison McGaw/BFA.com
Janet Mock
In her groundbreaking book Redefining Realness Mock writes, "I believe that telling our stories, first to ourselves and then to one another and the world, is a revolutionary act." As an author and activist she has been a proponent of eloquently addressing both formal and casual transphobia in language and action especially in the media.

Photo by Annie Leibovitz for Vanity Fair
Caitlyn Jenner
Jenner's story as a trans woman is arguably one of the most significant news moments of 2015. Her instantly iconic Vanity Fair cover shot by Annie Leibovitz showed a woman in full command of her body and identity and  put to rest years of dogged and transphobic speculation in one image. Jenner's own reality show I Am Cait highlights her public journey as Caitlyn Jenner along with the very real highs and lows she experiences as her family and the world accept her for who she has always been.

Alan Hart
You may not have heard of him, but the story of Dr. Alan Hart, a trans man who worked as a doctor in the first half of the 20th century is truly fascinating. He pioneered X Ray technology and developed a successfully patented Tuberculosis screening in the 1930s when the disease was responsible for nearly 1 in 6 deaths. He died in the '60s leaving behind his widow who fiercely protected his personal writing and letters, given the prevailing transphobia of the period.

Caroline Cossey
The English model and actress also known as "Tula" was the first transgender woman to appear in Playboy (1981 and 1991) along with international editions of Vogue and Harper's Bazaar. She has written two memoirs and appeared regularly in the '80s and '90s as a presenter on television. She contemplated suicide when a British tabloid outted her as a trans woman after an appearance in a James Bond film but continued to work and tell her story, ultimately paving the way for trans models and actresses working today.

Aydian Dowling
The trans hunk made headlines when he entered a Mens Health competition for 'The Ultimate Guy' in the spring of 2015. In the process Dowling shattered preconceptions about what the male physique is and how it can be presented in media. Dowling also began a clothing line, Point 5cc, that raises money for trans-specific surgeries and a binder exchange program. Our bet is on him for the win!