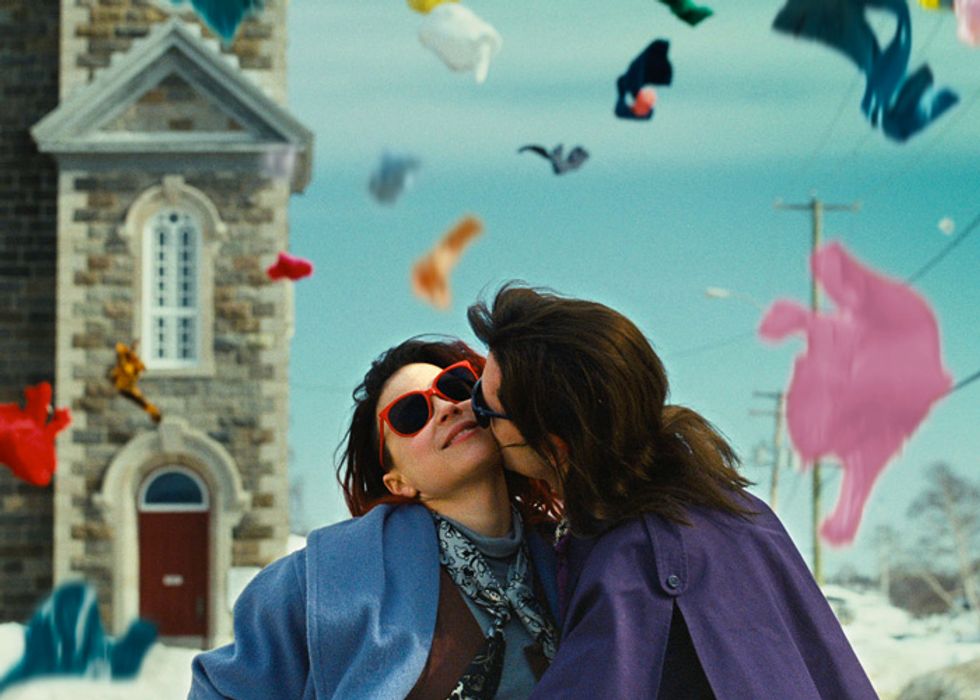 It was incredibly encouraging to see the reaction to Caitlyn Jenner's Vanity Fair cover this week to see how far we've come from the usually judgmental, ignorant comments that greeted other trailblazers like Christine Jorgensen, Renee Richards or Chaz Bono. But here are 10 films that also dared to deal with the subject of gender identity and transformation way before it became a topic openly discussed by the media and woven into pop culture. Though many of these movies are downright campy at times, they dealt with subject matter that few were willing to take on in the film world.


The Christine Jorgensen Story (1970)
Irving Rapper, who directed Bette Davis in Now, Voyager was perhaps not the best choice to tell the story of George/Christine Jorgensen (played by actor John Hansen), whose public sex change shocked the world. But as melodramatic and silly as the movie is, it's not without it's camp charm.

I Want What I Want (1972)
Anne Heywood, somewhat convincingly, plays Roy -- a London lad who dreamed of being a lass ever since he was a boy. When his military dad catches him flouncing around in a wig and a dress as a child he beats him up. But Roy, with smeared lipstick and a broken heel, stands at the top of the staircase and defiantly proclaims: "God made man in his own image, and he blew it!" He tries living as a woman but the movie ends on a creepy note with a bit of self-surgery with a shard of broken mirror. We've come a long way baby... thank God.


In A Year Of 13 Moons (1978)
Rainer Werner Fassbinder's brilliant, transgressive take on the final days in the life of Erwin/Elvira (Volker Spengler), who impulsively flew to Casablanca and got a sex change out of his love for an eccentric tycoon. In one outrageous scene she is reunited with the object of her affection and his bodyguards and they all reenact the Jerry Lewis musical number "Face The Music" in an office suite.


Different For Girls (1996)
Paul (Rupert Graves), a scruffy motorbike delivery guy living in London, literally runs into his old school chum (Steven Mackintosh) who has changed a bit in the 16 years since they last saw each other. He is now, after sex reassignment surgery, Kim. Their relationship and how it evolves is realistic and touchingly handled.


Ma Vie En Rose (1997)
Poor little 7-year-old Ludovic (Georges Du Fresne). He's convinced he should be a girl. So he dresses in drag at family picnics and proposes to the boy next door. His loving parents are confounded at what to do and his neighbors and classmates appalled. But Ludovic is wonderfully persistent in his conviction and dreams of flying through the air with a Barbie-like TV star called "Claudia."  A funny, poignant film out of Belgium.


Boys Don't Cry (1999)
True-life story of Brandon Teena (Hilary Swank), a troubled 20-year-old in Nebraska who lived her life successfully masquerading as a boy. Teena fooled a lot of people including a new group of white trash friends she met in the dismal town of Falls City, which sadly sets the stage for her eventual rape and murder. Hilary Swank gave a fearless performance in director Kimberly Peirce's powerful film.


Hedwig And The Angry Inch (2001)
A blazingly original rock opera written, directed and starring John Cameron Mitchell as the "internationally ignored" trans glam rocker Hedwig. The movie chronicles his life as a lonely East German boy who winds up having a botched sex operation to please a G.I. and move to America as well as his tormented infatuation with a closeted rock n' roller (Michael Pitt). Who knew this indie great would be ripping it up on Broadway every night?


Transamerica (2005)
Felicity Huffman brings the right flaky charm as Bree -- a pre-op trans woman, awaiting her operation, who discovers the son she fathered years ago has been arrested in New York. What follows is a cross-country odyssey between the prim uptight Bree and her punk son (Kevin Zegers) that is very engaging.


Laurence Anyways (2012)
Canadian maverick Xavier Dolan's messy masterpiece about a trans woman (Melvil Poupaud) and the woman (Suzanne Clement) her life. Edgy, transcendent, overlong, and just sublime. Less about sexual reassignment but about the real loves in one's life that transcend any easy definition. And what else matters in the end?