10 Thoughts About The Adventures of Milo & Otis

This morning, we took a trip down memory lane to 1989, to revisit a film that made us cry and cry and cry when we were 7-years-old, The Adventures of Milo & Otis. The movie follows a pair of best friends, a pug named Otis and an orange tabby cat named Milo, who get separated, and embark on a treacherous adventure searching for each other. Here are some things we noticed/learned: 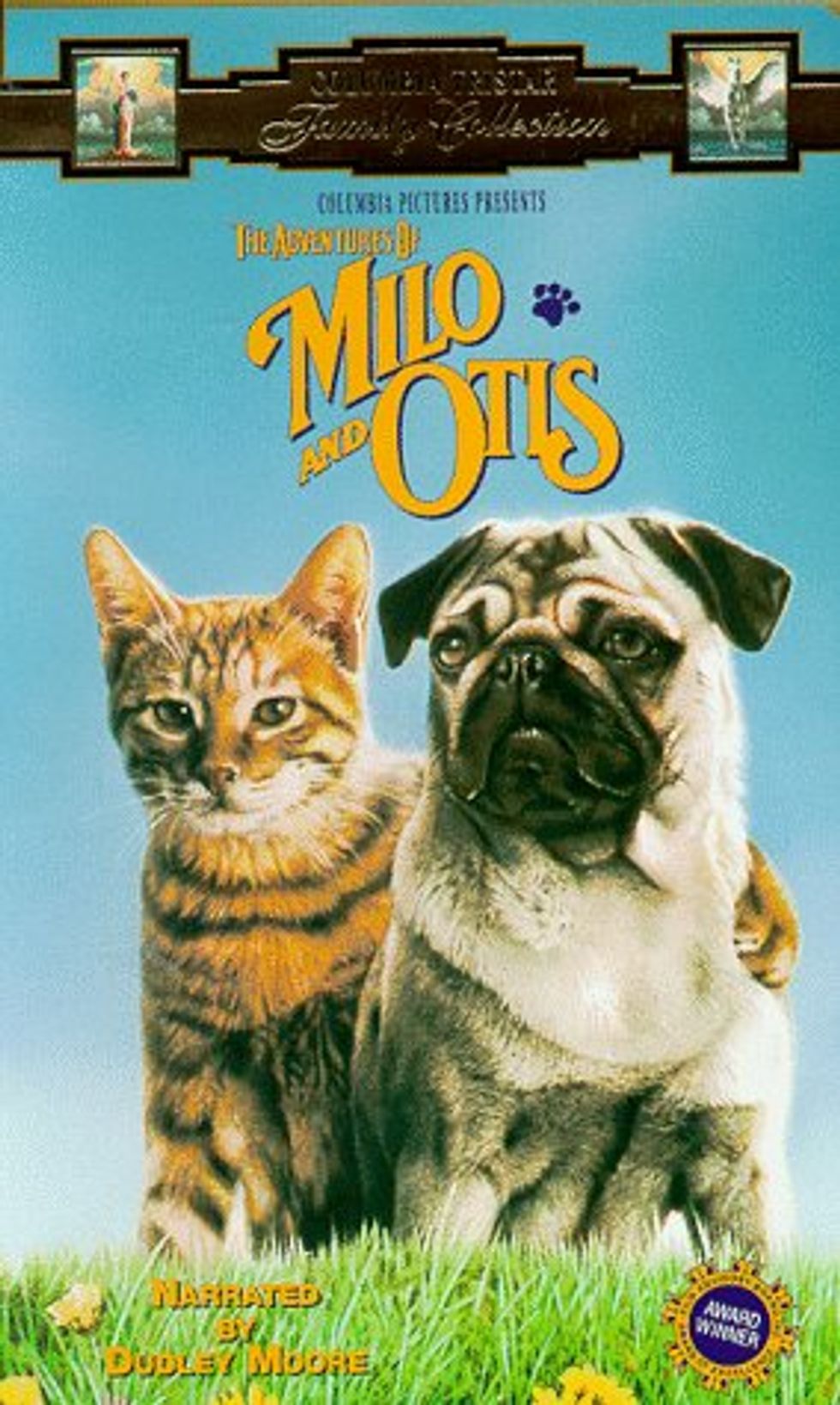 1. How Buzzfeed Animals vertical is the film's movie poster, with Milo actually wrapping his paw around Otis like a human?? Even though the animals speak through narrator Dudley Moore during the film, their mouths don't move, and there isn't really any physical anthropomorphizing that happens, as this image suggests.

2. It was initially a Japanese film, released in 1986, called "A Kitten's Story," that took over four years to make. The Dudley Moore-narrated, American version was released three years later.

3. Also, the Japanese version has a lot of super-violent parts that were edited out to make it a much more kid-friendly film in the US. Like the one above! Eeep. [Warning: The above clip is quite upsetting!]

4. There were animal cruelty charges made against the film (it was said that 27 kittens were killed during the making-of), but the claims were never substantiated. In the end, no one has ever been able to prove that any animals were harmed during the making of the movie.

5. The American version has the approval of the American Humane Society, even though no one from the organization was present during filming.

6. Someone (obviously) compiled the best scenes from the film, and set them to Soul Asylum's "Runaway Train."

7. There is an Orlando-based DJ duo named Milo & Otis.


9. Remember the part where Otis rides a turtle?? 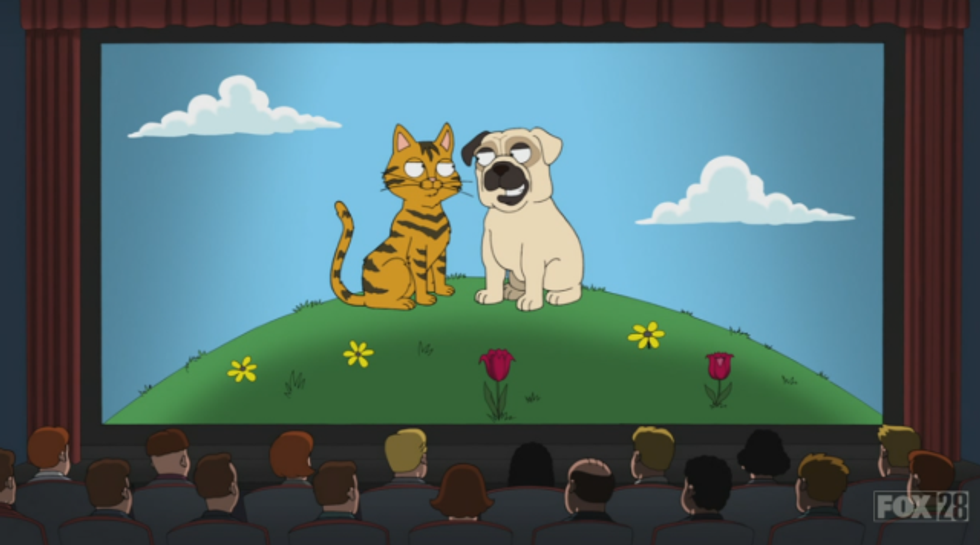 10. On a Family Guy episode that aired this past February, Brian goes on a date to the movies to see Milo & Otis, and shouts at the screen that he refuses to accept the premise of a cat and dog being friends.