by Jamie Maleszka
PAPERMAG
21 August 2014
For many cities, the best art you'll find isn't necessarily in one of their museums but on their walls. But if you can't make it over to London or Cape Town to scope their street art scenes, the next best thing might be your Instagram. Below, we've rounded up ten buzzy street artists whose feeds you gotta follow. 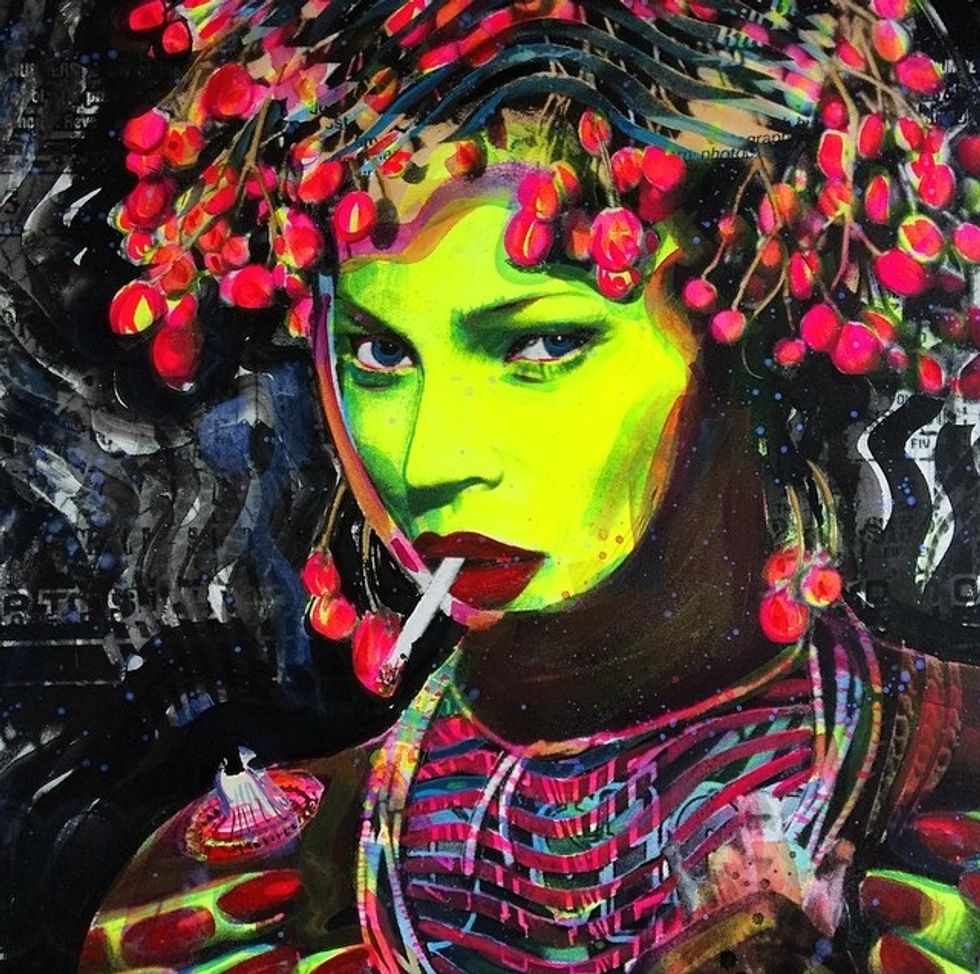 What to expect: Fluorescent-kissed collages that blend the sexy, the surreal and the monstrous. 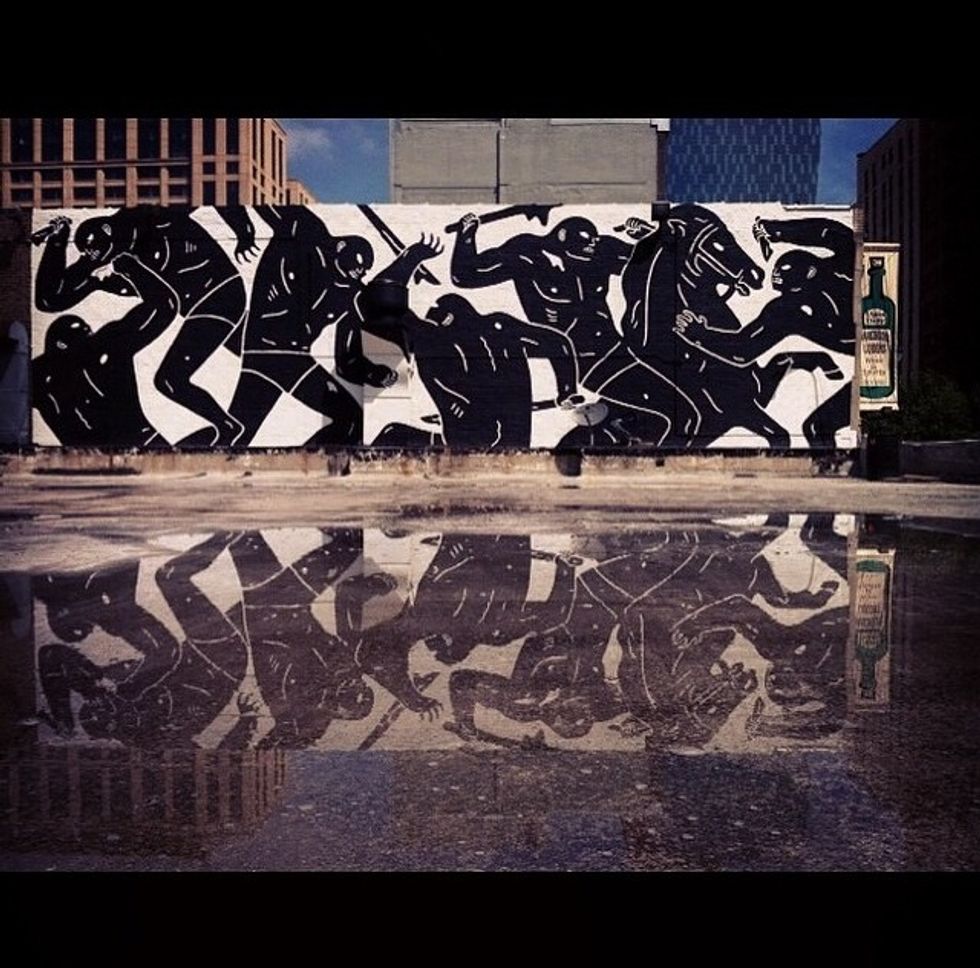 An LA-based artist by way of Seattle, Peterson's steadily been killing it on walls and in galleries for years. His signature iconography is on the end-of-days tip where violence and brutality predominate in a battle between the supposed haves and have-nots.

What to expect: A savage dystopia where "law breakers and law enforcers are one and the same." 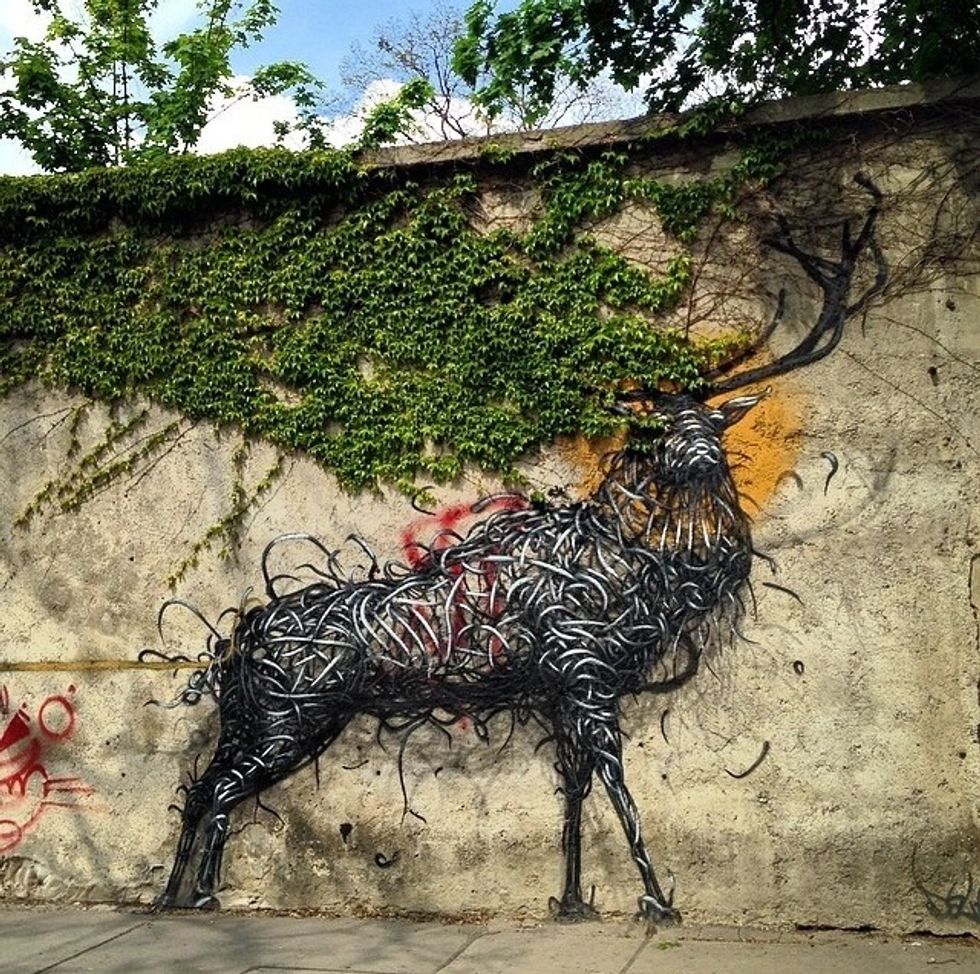 DALEast is a Chinese-born artist who now resides in Cape Town, South Africa, but the world's streets serve as his canvas.  Classically trained in fine arts, he's gotten his 3D creations up on almost every continent.

What to expect: Works featuring perpetually disintegrating creatures whose bodies seem to be made of writhing shards of metal and coil. 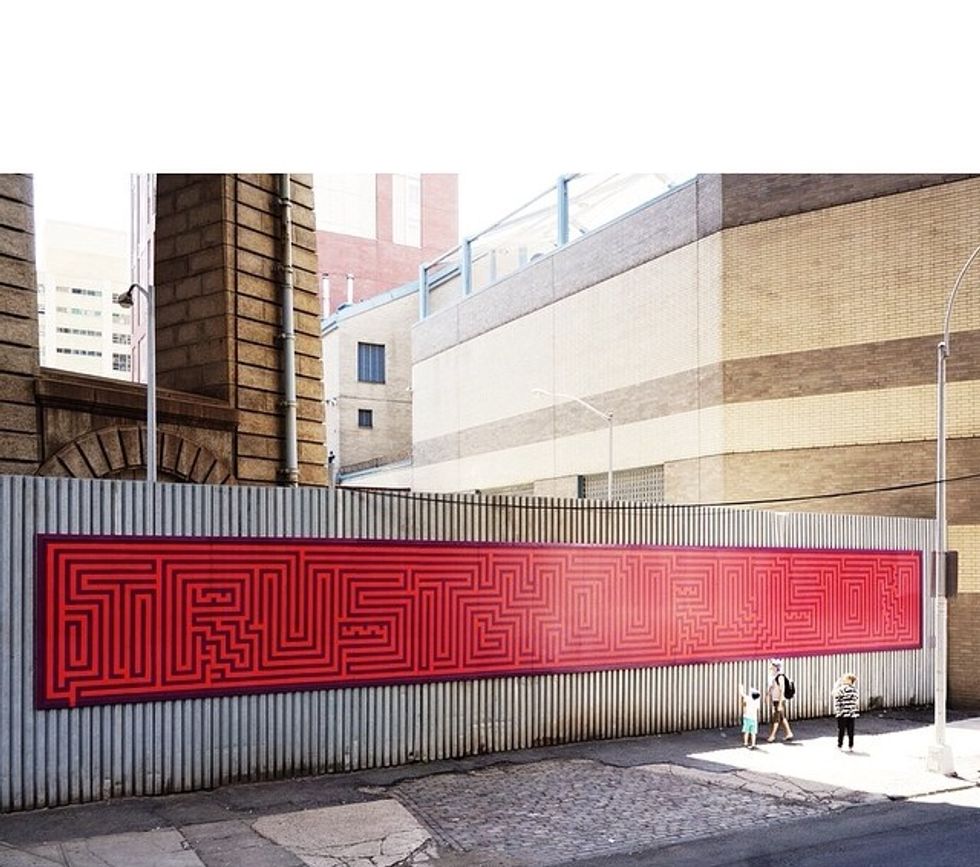 For Gilf!, a Brooklyn-based conceptual artist, the political is personal. (You might remember her collaboration with BAMN, in which she draped the whitewashed walls of 5Pointz in a "Gentrification In Progress" banner.) At first glance, her work appears playful before it wallops you with a deft left hook.

What to expect: Mazes of geometric perfection that karate-chop the status quo. Works for us. 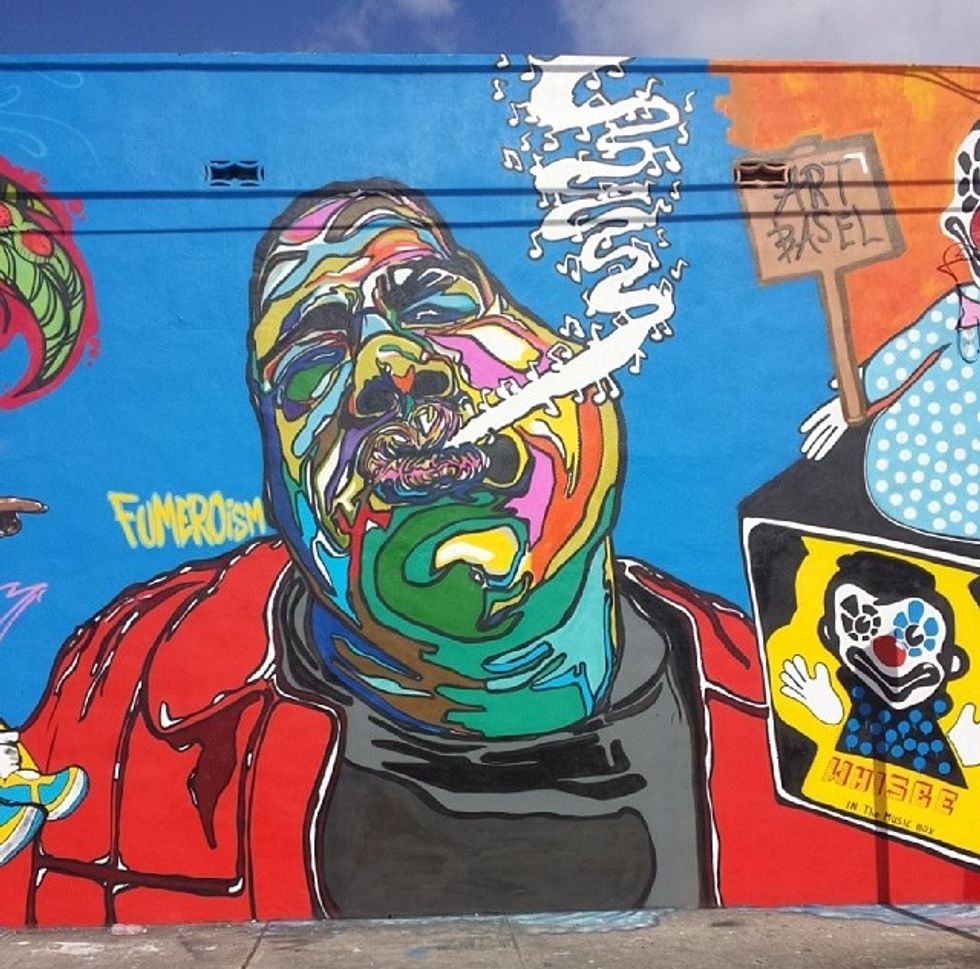 Fumero is a NYC-based artist and SVA-alum that travels the globe spreading his art gospel: "Fumerosim." It's a merging of the fine arts with graffiti, cartooning and caricature. The result: a swirling symphony of unique, bright portraiture.

What to expect: A tripped-out melding of graff-tinged Abstract Expressionism (think: if Van Gogh's "Starry Night" had a baby with a subway burner from the '80s.) 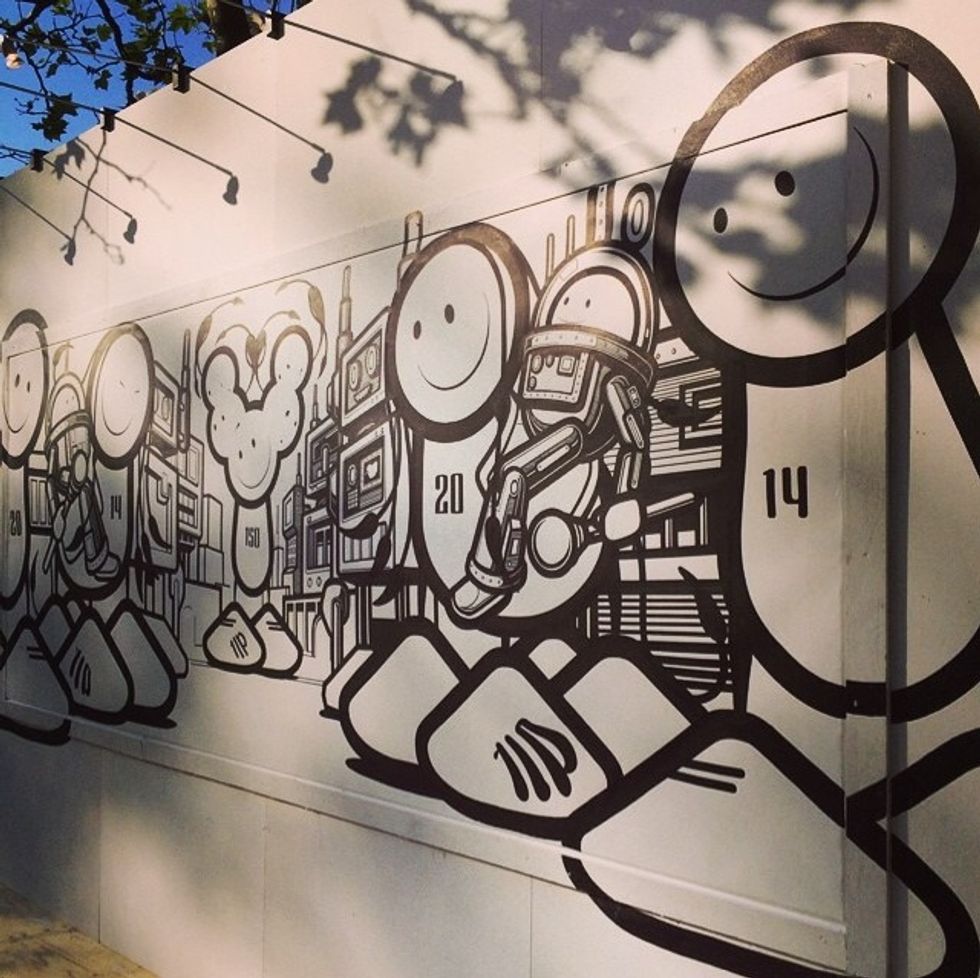 Formed in 1998 and tagging spots in more than 35 countries, The London Police have counted many artists among their ranks. The current iteration are a duo that continue the TLP's legacy of iconic "Lads" characters and intricate mark making.

What to expect: The ceaseless smiles of the monochromatic "Lads" characters as they ricochet and bounce. 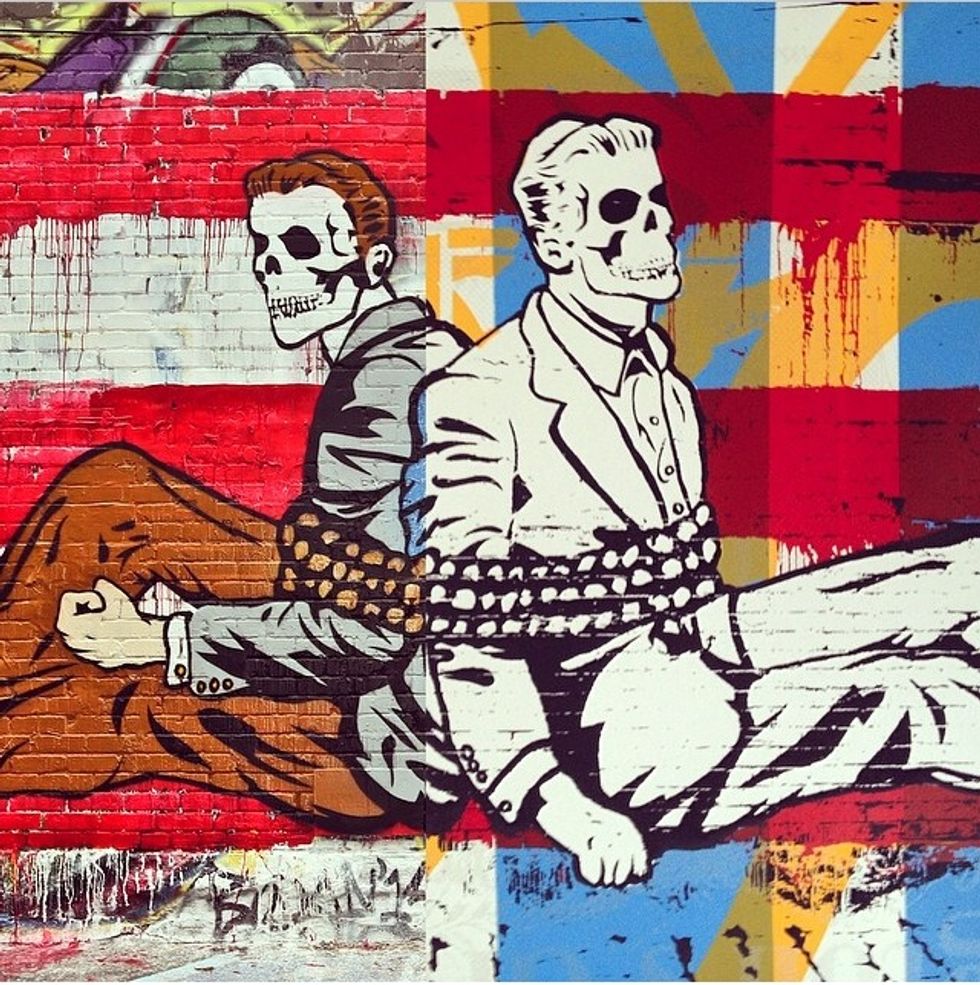 Biafra Inc. currently calls the Twin Cities home but with more than 55,000 stickers up around the globe, his ultimate goal is, of course, world domination. Well, that and turning the whole look of the joint into one large comic book.

What to expect: Work that looks like something Roy Lichtenstein might make if he had been a skater with a spray can who bombed during the apocalypse. 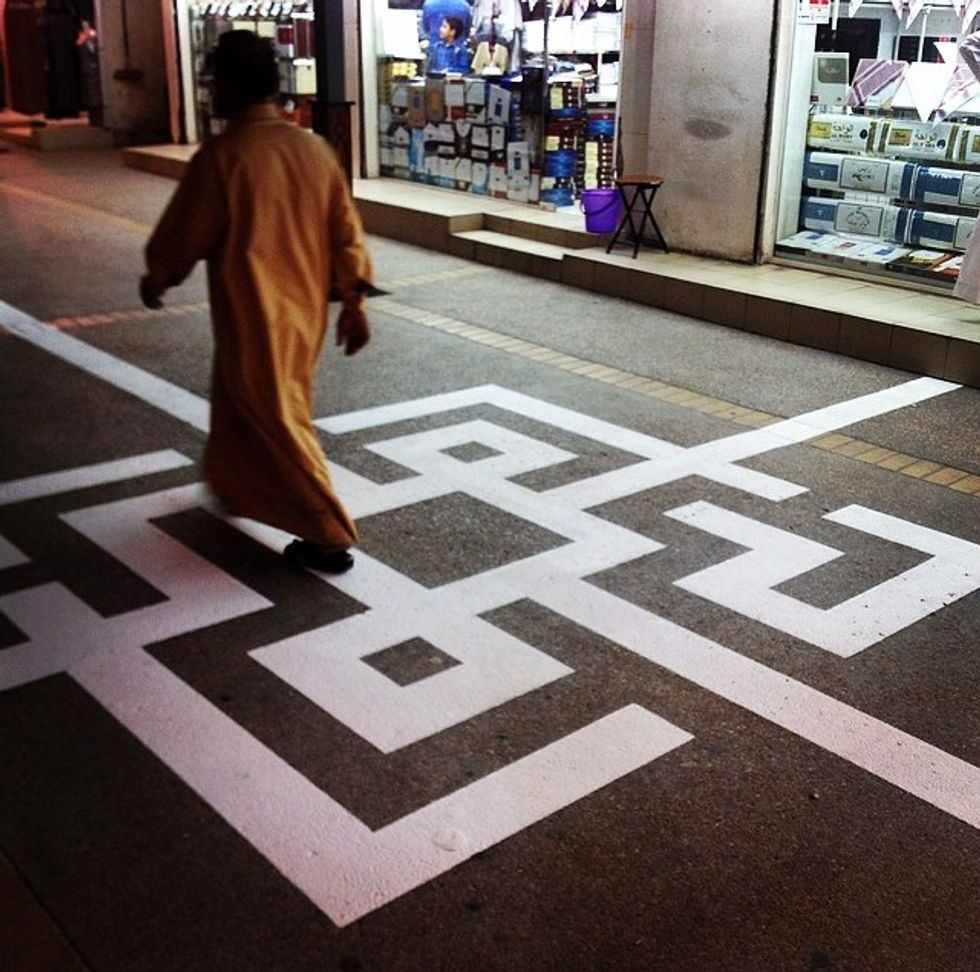 French post-graffiti pioneer L'Atlas sprayed the city streets of Paris during the 1990s. In the intervening years since, he's traded spray paint for Sellotape (akin to Scotch tape) and has been creating work focusing on architecture, mysticism and handstyles.

What to expect: Labyrinths where calligraphy meets hypnotic, ancient patterns. 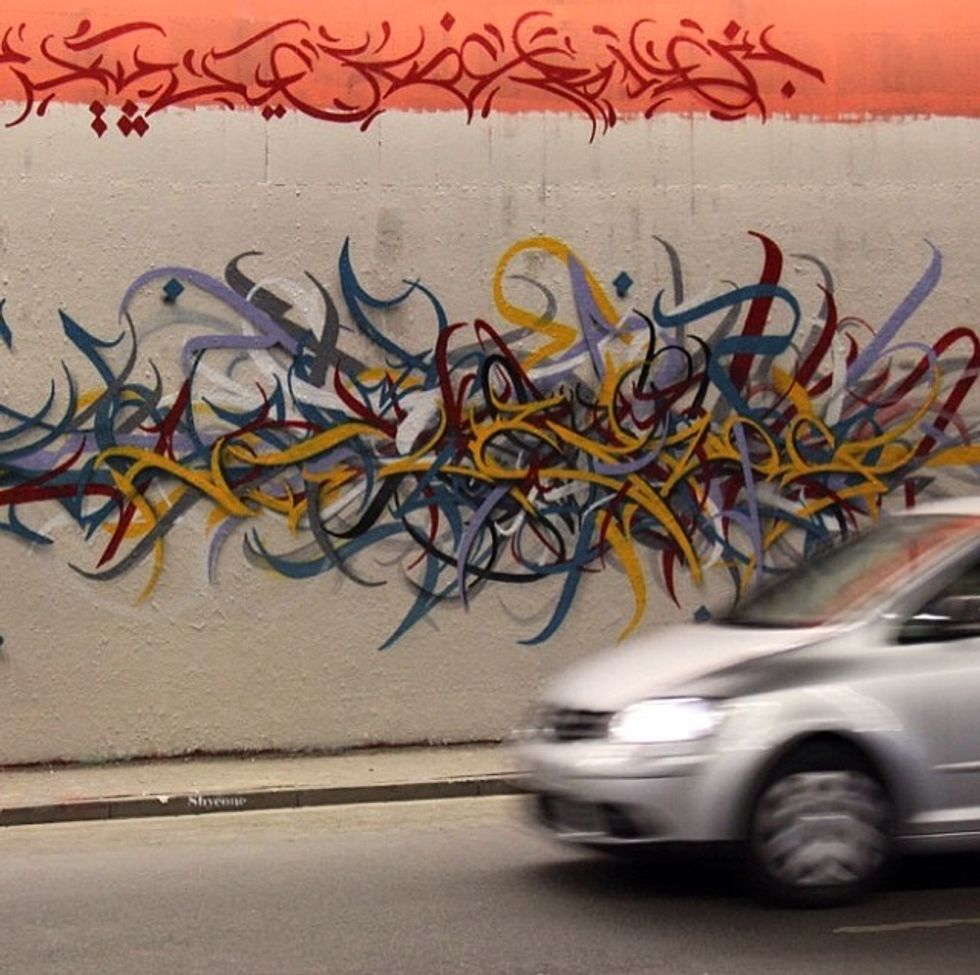 A1one, or Tanha as he is known in Tehran, is an originator in the Mid-East graffiti scene. Following a relentless game of cat-and-mouse with the Iranian authorities, he now resides in Germany, having risked life and limb for his art and the freedom of expression of others. 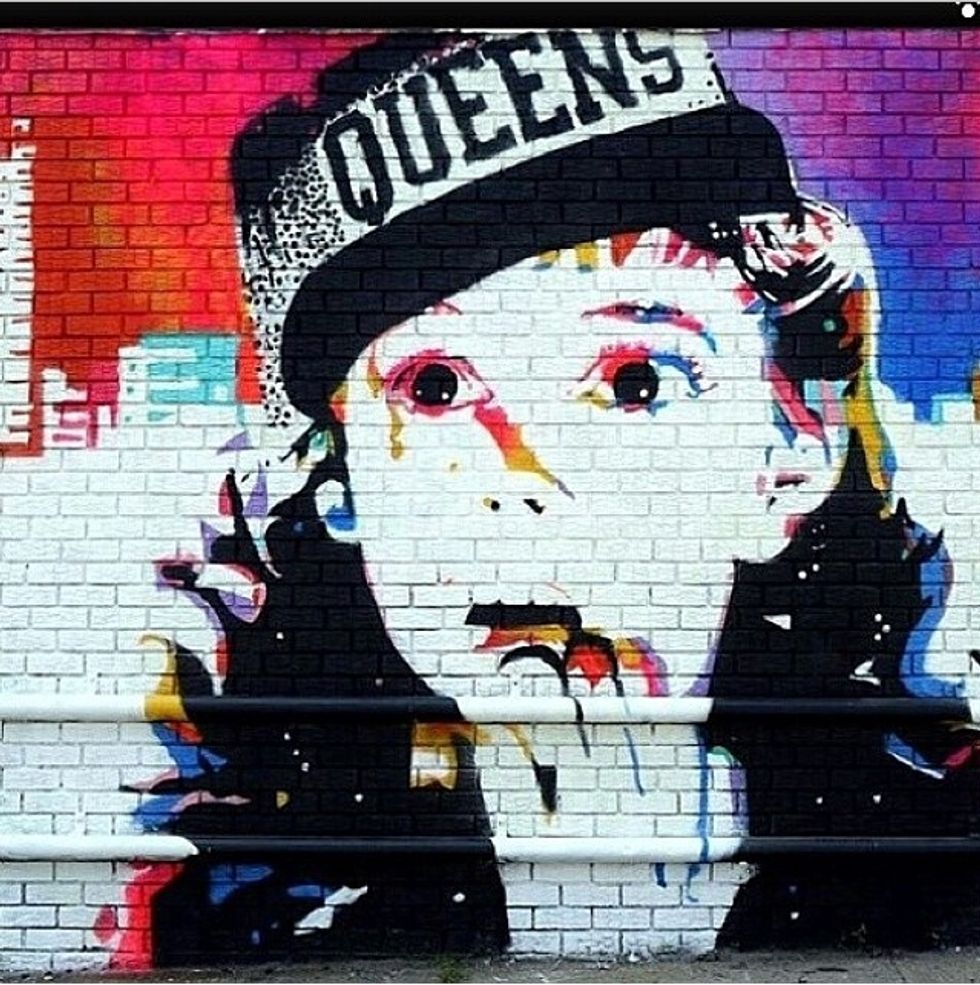 For the past five years, gallery/community space/self-described "social think tank" Ad Hoc Art has presented this public art project in which more than 80 graff crews and street artists from all over the world transform the walls in this Queens neighborhood.

What to expect:  A slew of different styles and flavor that's worth the trip to Astoria to see the walls IRL.

Meet the Artists Bringing Art Basel Back to the Streets

Where Did This Banksy-Tagged Door Go?