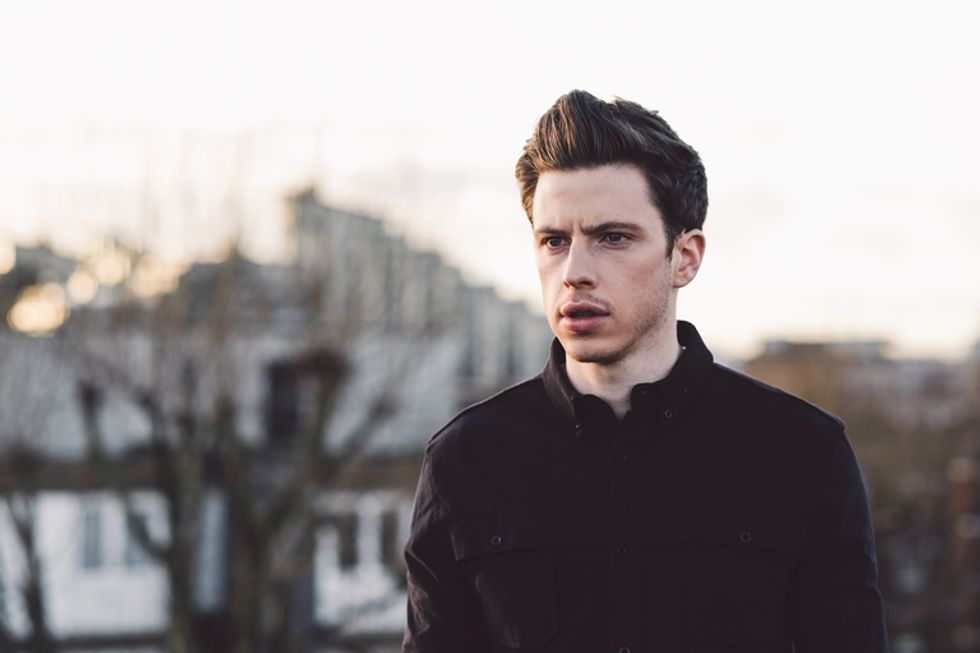 Often considered American hip-hop's little cousin, UK hip-hop has grown considerably in recent years in terms of popularity and wealth of talent. The UK has long produced a crop of great rappers including the likes of Ms. Dynamite, Estelle, Dizzee Rascal, Roots Manuva and Mr. Scruff, to name a few, and there's a new spate of artists primed to break out not just in Britain but also across the pond.

This next generation of artists are inspired just as much by the disparate sounds they encounter on the Internet as with the legacy in UK hip-hop of creating consciousness-raising tracks touching on many of the same issues as songs by artists in America (racial profiling, the closure of youth centers and clubs, police brutality, including the killing of Mark Duggan, which is widely cited as the impetus for the 2011 London riots). And as in earlier eras, you'll continue to find heavy influences from dub music, which was -- and still is -- a big part of the fabric of the UK's Afro-Carribean communities, and grime, two electronic styles with deep roots in Britain that are only recently beginning to gain any semblance of mainstream attention in the States. From a rapper whose music is more like spoken word poetry to a collective that's been likened to London's answer to the A$AP Mob, here are 10 young UK hip-hop artists you should jump on now.

Little Simz, real name Simbi Ajikawo, has made considerable noise over the past eighteen months, getting critical acclaim from the likes of Fader, The Guardian, Noisey and Dazed for her abrasive style of rap and earning a BET nomination this year for Best International Act. And this is all before she's even even released a full-length album. She's grown her fan base on the strength of her AGE 101: DROP series of EPs, recorded while she was still studying music technology at the University of West London. Having just wrapped a string of headlining dates in the U.S., she's busy this summer playing dates throughout Europe, including one next Friday at London's Victoria Park.

Hailing from East London, Jay Prince has made a name for himself with his soul-inflected brand of hip-hop and a flow that's even drawn comparisons to that of Kendrick Lamar (just check out his track, "Feel It" to get the comparison). And, like Lamar, Prince isn't afraid to get real -- on his recent EP, BeFor Our Time, the 21 year-old speaks out on behalf of disenfranchised youth everywhere.

Although technically a spoken word artist, Kojey Radical's work blends the beats and rhythms of hip-hop with poetry's expressive stream of consciousness storytelling. Born and raised in East London's Hoxton, the Ghanian-British artist is also the creative director of Push Crayons, a media agency he founded. His debut EP, Dear Daisy: Opium, centers on the idea that love is a drug as potent as the one in the record's name and throughout the album, you can hear him touching on topics like philosophy and religion, communicating them in ways that are digestible yet meaningful.

While Novelist falls under the Grime bracket, the synergy between the genre and hip-hop is incredibly close. Born Kojo Kankam, the 18 year-old from Lewisham in South London joins a growing list of artists known as 'Grime kids,' so named for their coming of age listening to the genre's stars like Wiley, Kano, Skepta and Dizzee Rascal. The young emcee has been widely tipped to become one of Grime's biggest stars and as Skepta's protegÃ©e, the sky's the limit.

Consisting of producer 808 Charmer and rapper Mumblez Black Ink, 808INK brought elements of trap, electronic and reggae to their 2014 mixtape, Artistic piece, and have been making waves ever since. Combining 808 Charmer's surreal-sounding production with Mumblez' melancholic lyricism, their sound is moody, atmospheric, and at times aided by glitchy production. Their music gets enhanced with rich visuals by their creative director Pure Anubi$  -- watch their video for "Full English" to get the idea.

The Hawk House trio, comprised of brothers Sam and Eman, and vocalist Demae, rap in Patois-influenced UK street slang, sharing the experiences of young Londoners in gritty neighborhoods like Croydon and Harlesden, where the brothers and Demae hail, respectively. Their EP, A Handshake For Your Brain, makes effective use of jazz, which provides lilting and slightly gloomy backdrops for lyrics and rhymes about the struggle of London's roughest areas.

This diverse group of young musicians have found a way to harness the sounds of soul, jazz, and references to the '90s golden era of American rap. Formed in 2011 as a group of friends, members Daniella, NK-OK, Butch and WafemÃ© have already drawn comparisons to the Soulquarians for their neo-soul vocals and melodic production. They've garnered fans for tracks like the bass-led "Six Feet Deep" and a recent set at London's Notting Hill Arts Club where they treated guests to some live sampling. Having only really started to get peoples' attention, they've managed to book a set at this year's Boom Bap festival taking place in the Suffolk countryside, sharing a bill with the likes of Earl Sweatshirt, RATKING and Homeboy Sandman.

Hailing from Essex, 25 year-old Nick Brewer spent some time working as a social worker, before making the decision to turn to music. On songs like "The Drop" and "Miss Online Superstar," taken from his critically-acclaimed Four Miles Further EP, Brewer displays his lyrical dexterity while spitting lyrics about personal topics like the death of a close friend.

Many liken this London collective to A$AP Mob, not just for their music but their meshing of high art and street style (they're ambassadors of sorts -- or 'endorsers' -- for Virgil Abloh's Off White, for instance). The group, which consists of Josh Collard, Jaja, KC, Serb, Flowzart, Danny Seth, Zach, Jordon and Tee, got buzz for their 2014 EP, Roses+, a record filled with dark, chilled-out beats that occasionally bring to mind those found on tracks by Flatbush Zombies.

Splitting his time between London and Kent, Gerald's debut mixtape, which came out in March, The Loudest Quiet, is laden with samples from films, video games and music, giving listeners a glimpse into the cultural works that inspire him. The 23 year-old artist produced the entire project himself and while his career is still in its early stages, if his mixtape is any indication, he's got a promising future.