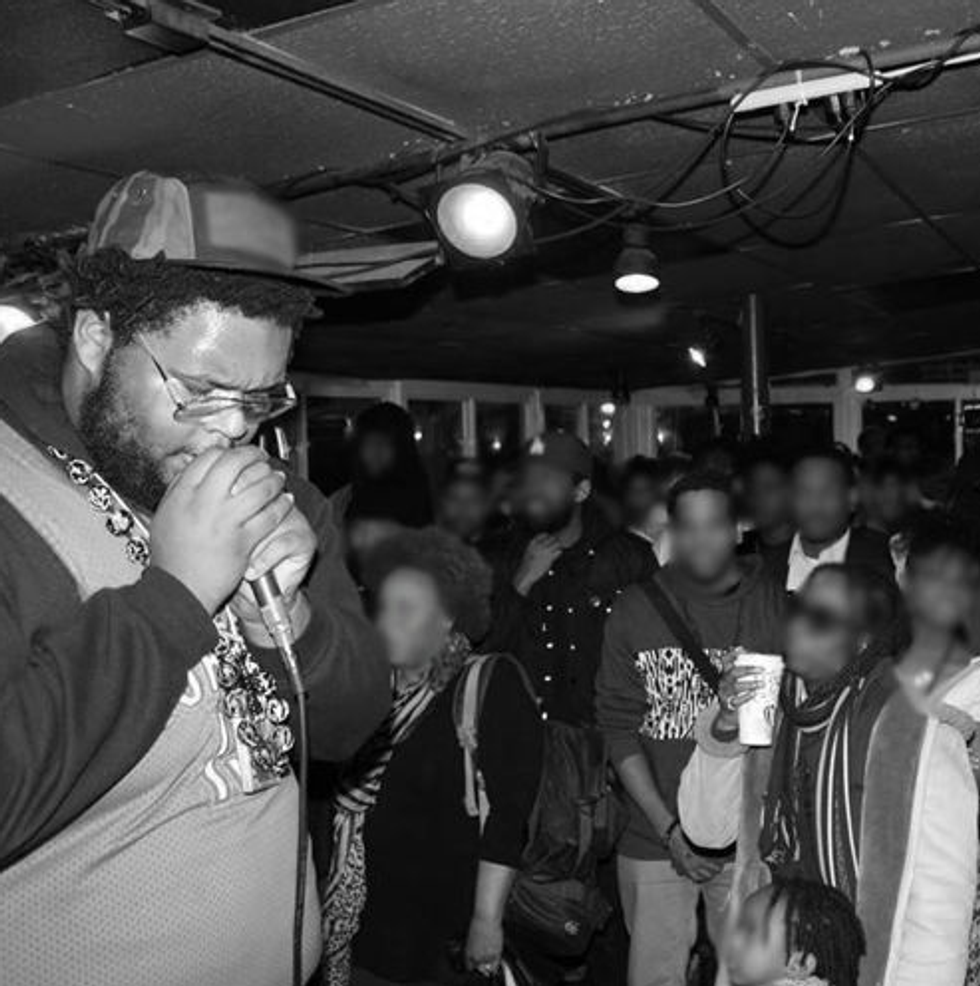 by Layne Weiss
PAPERMAG
Known mostly for its country and rock music, Nashville is seldom recognized for hip-hop. But Nashville is "music city," not "country music city" or "rock music city" and the cross-pollination of many genres creates a thriving creative scene that extends into the rap world. While often overshadowed by its other neighbors down south like Atlanta or Memphis, Nashville nevertheless has made many notable contributions to hip-hop, starting in the '80s when groups like the Blow Pop Crew came into the fore. Inspired by what was happening with the burgeoning hip-hop and B-boy scenes in NYC, the BPC sparked a new regional style with their 1987 hit "Drop The Bass. " In the late '90s, a young hip-hop connoisseur named Eothen Alapatt (now known as Egon) came onto the scene. A student at Vanderbilt, Eothen took his love of hip-hop to the airwaves with the college radio show "9.11 Emergency," which went on to influence many of Nashville's best artists and DJs. Egon would go onto become the VP at Stones Throw records and later founded his own label, Now Again Records.

Nashville's current hip-hop climate reflects the city's rich jazz and soul history with a hint of Southern charm. Hip-hop heavyweights such as Young Buck, Starlito, and Yelawolf have established themselves both regionally and nationally, paving the way for a new generation to come out of Music City. Below, we take a look at 10 rising young stars of the rap scene.

Key Wane, born Dwane Weir, is a producer, rapper and songwriter originally from Detroit who's produced hits for the likes of BeyoncÃ© ("Partition" and "Mine"), Big Sean ("IDFWU"), Jazmine Sullivan ("Mascara"), and more. His interest in music began in 8th grade when he fell in love with the piano, a love that would eventually skyrocket him all the way to The Grammys with a win for his work on Beyonce's self-titled album. Currently at work on an EP with Big Sean, he also just released a track with Jordin Sparks, "100 Years."

Chancellor Warhol started out in fashion while still a student at Tennessee State University, going on to launch his own clothing line, Marti McFli. But after teaming up with Nashville-born producer, Ducko McFli, he's pivoted to music and "hasn't looked back," as he says. Inspired by fashion, art, and film as much as he is by music, Warhol calls N.E.R.D. one of his biggest influences and he's collaborated on projects with artists like Chuck Inglish and Mikky Ekko; one of his highest profile gigs to date was when he opened for Kendrick Lamar at a concert at Nashville's War Memorial. He's currently working on a new release, Until The Light Takes Me, planning an international tour and creating a short film/art installation to accompany his upcoming record.

A producer, emcee and DJ, Amerigo Gazaway is known for his innovative remixes, mashups, and digital sampling. The son of internationally-recognized jazz trumpeter Gary Gazaway and Brazilian-born artist Tatiana Mindlin, as a kid, Amerigo was heavily influenced by Nashville radio where he learned about hip-hop and jazz. At around 12 or 13, he became very interested in computers and beatmaking, and by 14, he'd gotten his first set of turntables and fell in love with hip-hop and the idea of fusing together different genres. His work includes mashups "Fela Soul" (Fela Kuti/De La Soul), "Bizarre Tribe" (Pharcyde/A Tribe Called Quest), and Yasiin Gaye" (Yasiin Bey/Marvin Gaye) and he's collaborated with the Pharcyde on "Still Got Love" (remix) and with fellow Nashville artist L'Orange, among others.

L'Orange's music makes you think of smoky jazz, film noir scores and soul. In a word -- it's seductive. He got his start with music at age 11 when he became fascinated with listening to jazz and playing the bass, and at 16, he produced his first hip-hop beat. In 2013, he signed to Arizona-based record label Mello Music Group to make The City Under The City with rapper Stik Figa. The following year, he inked a multi-album deal with Mello. Time? Astonishing!, L'Orange's collaborative album with legendary wordsmith Kool Keith, came out last week.

While not a hip-hop artist by definition, we're including jazz and R&B singer Kiya Lacey in this list anyway due to her collaborations with many of Nashville's best and brightest rap acts including Petty and Derek Minor. Her Fail In Love EP dropped on April 19, showing off pipes as smooth as Ciara's or Aaliyah's and futuristic, synth-heavy production. Currently she's in the midst of planning some as-yet-unannounced shows and tracks.

Signed to Nashville's Goldhouse Records, the Florida-born crooner blends soul, R&B, and hip-hop to create a beautiful, melodic sound similar to Frank Ocean and the Weeknd. In mid-July, he dropped a 5-track LP called V2, a sequel to part 1 of his "V Preview Series." He's also hard at work on three new music videos.

A chief player in Nashville's hip-hop community, Petty's candid and smart lyrics fuse west coast and southern styles, echoing the honesty of NWA, but with a unique southern resonance. While his music revolves around clichÃ©s such as money, weed, and girls, he also incorporates social and political commentary on topics like police brutality and racism. In December, he was one of the first rappers to answer Samuel L Jackson's challenge to end police brutality. He can be heard on Kiya Lacey's track "I Know" and he recently collaborated with Don Trip and Dee1 on the track "Don't Ever Land" for Don Trip's album, GodSpeed.

Brown got his start at only 10-years-old, rapping and performing for friends to cheer them up when circumstances were tough. Inspired by his older musician peers, Brown began taking his career more seriously at age 17 and a huge turning point came at age 20 when he freestyled over Rapsody's "Extra Extra" song. He sent her his version, and she offered feedback, further fueling his passion and motivation. He is currently working on a track with Alabama rapper/singer JayDotRain for Rain's #TheDixieRenaissance.

Formerly known as OpenMic, Mike Floss is one of Nashville's hottest hip-hop artists on the scene. With a sound reminiscent of J. Cole, Floss grew up around music as his father, Rod McGaha, is a jazz musician. Freestyling at the back of the schoolbus and during lunch as a kid, he went on to release his first tape in 2011. Since then, he's collaborated on various tracks with fellow Nashville artists such as Ducko McFli, Syk Sense and Mike Ewing among others.

BlackSon may be the youngest artist in this article, but don't let his age fool you. The Nashville native is making huge moves including a recent collaboration with Kid Sister and King Chip on the Key Wane-produced banger "All I Need." He got his start as a writer and performer for a local spoken word troupe called Southern Word and a while later, BlackSon and his friends went on to form their own group called BlackCity. While BlackCity wasn't a rap group initially, it has evolved into a strong force in Nashville's independent hip-hop community and has helped strengthen and solidify BlackSon's talents. In 2013, BlackSon's older brother Myke quit his job and built a recording studio in their house. Since then, BlackSon has worked feverishly on writing, making demos, and intense freestyle sessions he calls "rap workouts." Last August, he released a demo called The BlackSon Rising and he's is also working on a new project, which will be released later this summer.
You May Also Like
Break the Internet ®