10 Other Awesome Things Diddy Could Have Said After Punching Drake 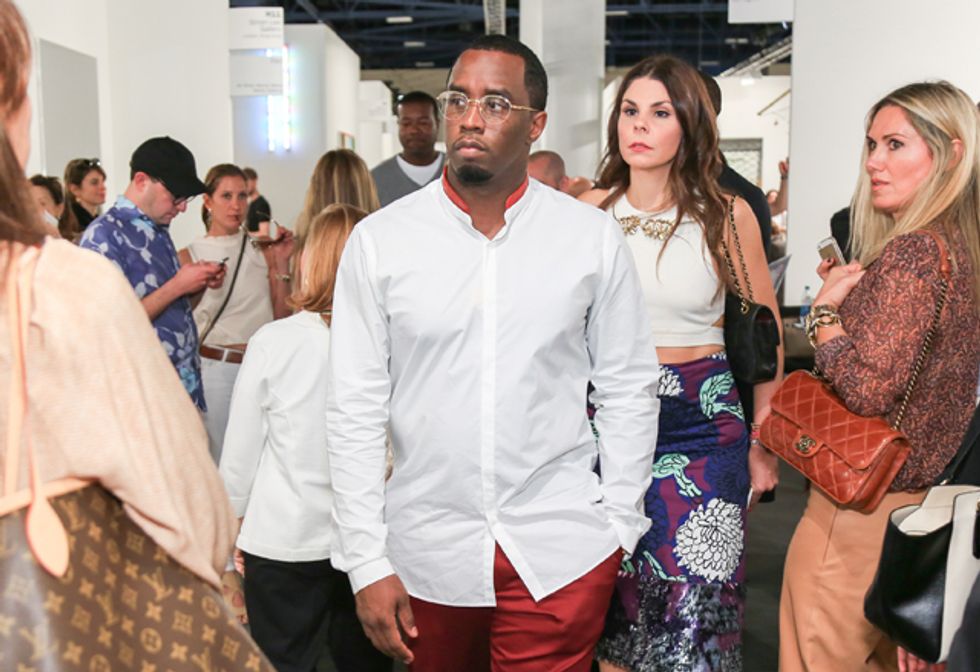 Diddy, on the hunt for Drake at Art Basel. Photo by Benjamin Lozovsky/BFAnyc.com

The heroic Americans over at TMZ finally got to the bottom of Diddy's alleged assault on Drake during Art Basel. Apparently, the rapper-on-rapper feud was all because of a beat that producer Boi-1da gave to both Diddy and Drake. While Diddy decided to sit on the track, Drake turned it into his hit, "0-100" and, as they say in the biz, this was "a huge no-no." So when the two ran into each other in Miami Diddy took the opportunity to exact revenge; he punched Drake in the shoulder, aggravating an old injury and sending the sensitive rapper to the hospital. However, the best detail from the not-so-badass scuffle was that Diddy yelled out, "You'll never disrespect me again!" with the cadence and phasing of a cheated-on husband in a soap opera.

Scored on a scale of emotion and drama, Diddy's final words were A+, but even Diddy can admit that Drake is the reigning king of both of those realms. With that in mind, we thought that we'd humbly offer up some insult-to-injury suggestions culled straight from Drake's own lyrics. Here's 10 other things that Diddy could have said after punching Drake, below.

2. "Wish you would learn to love people and use things, and not the other way around."

3. "They always say the hottest love has the coldest end!"