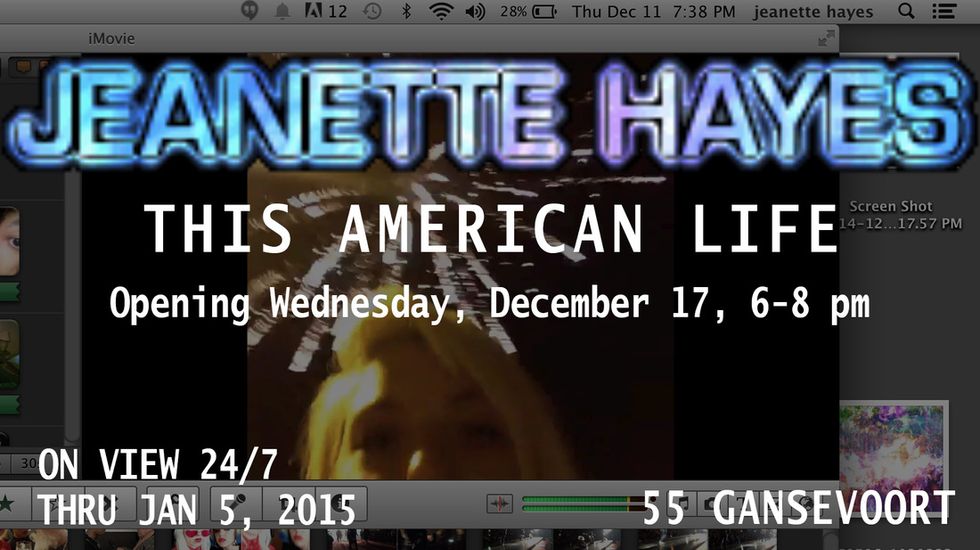 Ellie Rines' 55 Gansevoort Gallery (55 Gansevoort Street) premieres a new video by Jeanette Hayes tonight, December 17th, 6 to 8 p.m. The 30-minute clip titled "This American Life" is a compilation of moments recorded over the last three years by the 26- year-old artist and internet star currently living in NYC. It will screen in a continuous loop -- 24/7 -- in the tiny space. 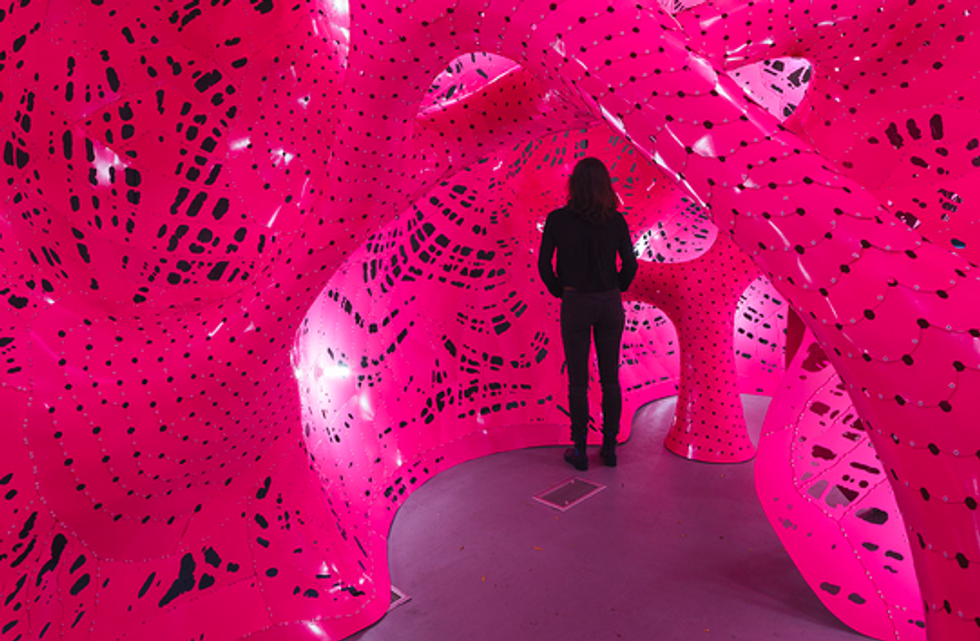 The cool "Situation NY" installation by Jana Winderen and Marc Fornes at Storefront for Art and Architecture (97 Kenmare Street) is only up for a few more days, and on Thursday, December 18, 7 p.m., there's a special evening at the space with "collaborative improvisations and solo intercessions."  The night features sound artists, programmers and musicians from the New York Supercollider Meetup. Participants include Daniel Palkowski, Dave Britton, David Reeder and Nicholas Colvin. 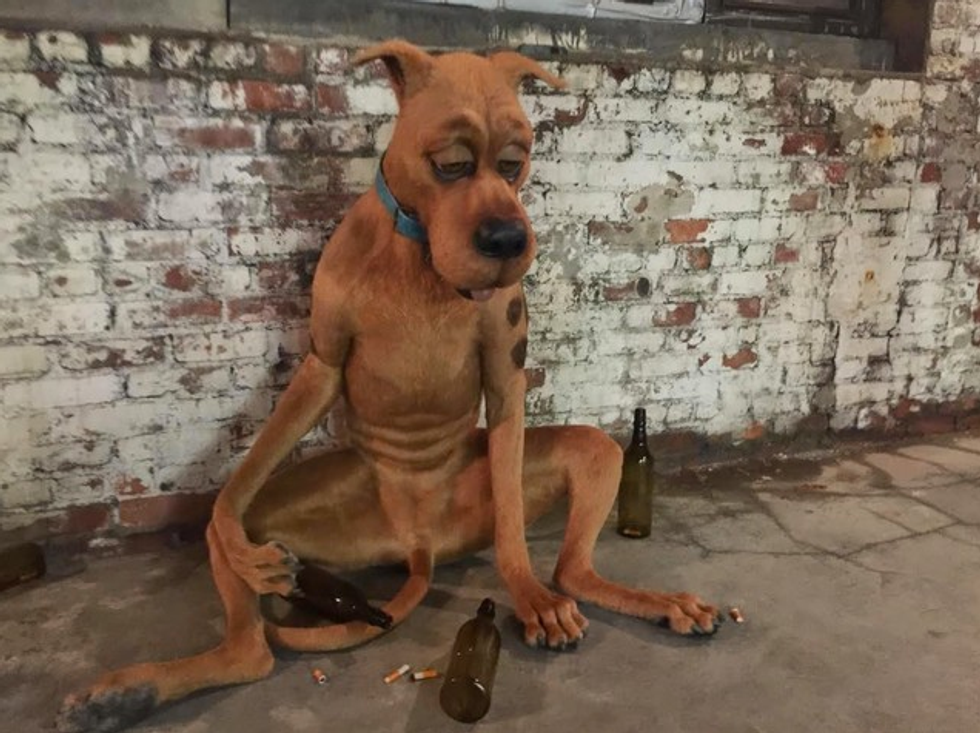 Also wrapping up this weekend is Dan Colen's "The L...o...n...g Count" show in Walter De Maria's former studio that's located in an old electrical substation at 421 East 6th Street.  The building was purchased in August for $27 million by Peter Brant who plans --- or, at least everyone is hoping he plans -- to convert the space into a permanent art center.  You can check it out by appointment only via (646) 549-8446. 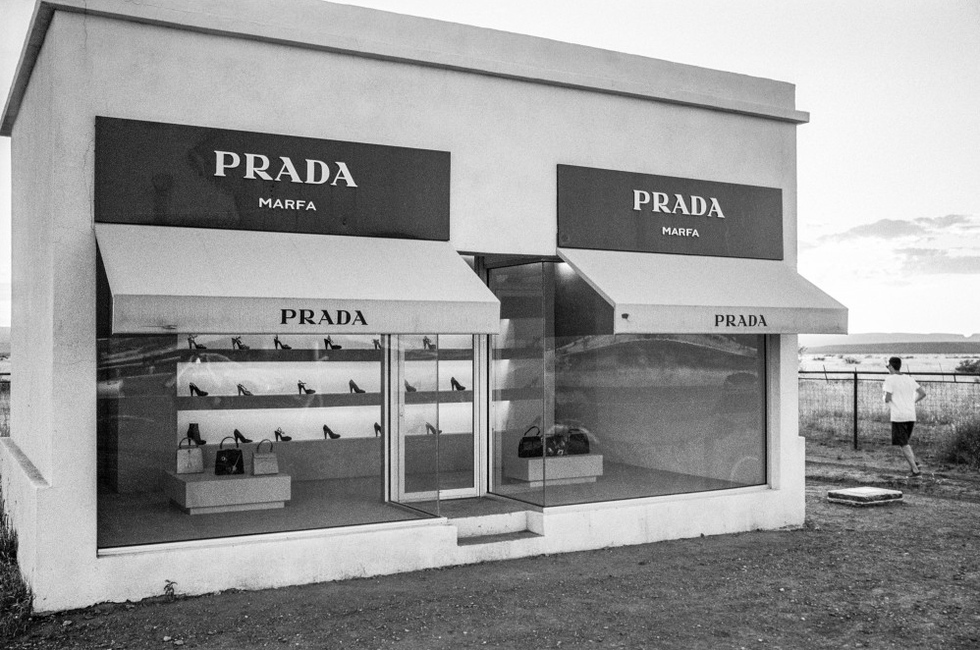 Leila Heller Gallery (568 West 25th Street) opens a big group show called "Time To Hit the Road" on December 19th.  Curated by Alex Gerson and Matteo Zevi, the exhibition features works by artists that participated in the duo's Land Art Road Trip in the summer of 2013 and explores "how the creative journey has inspired their artistic practice." Around thirty artists are involved and the show is up until January 10, 2015. 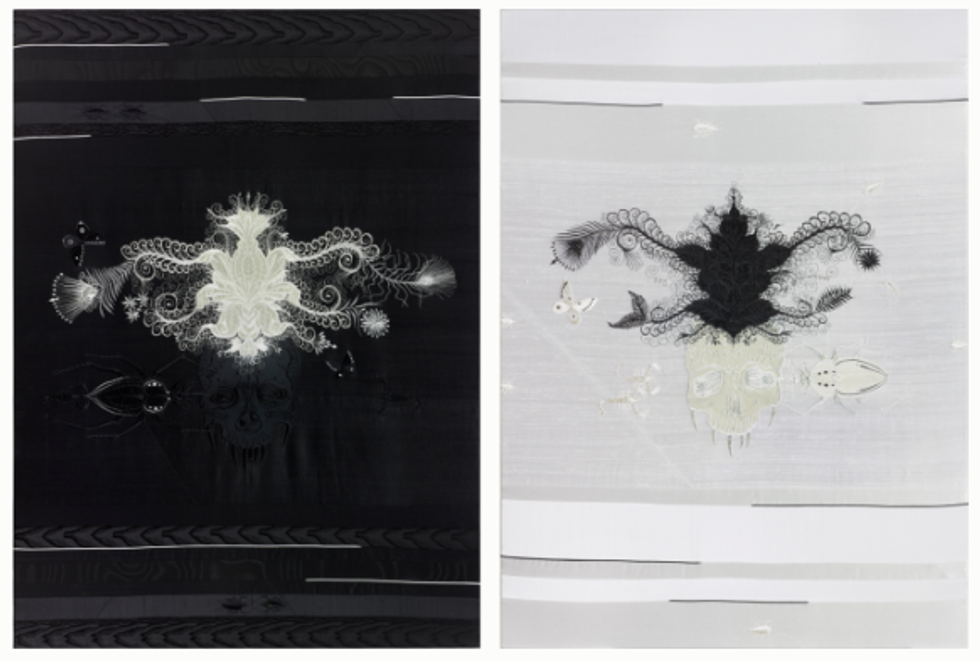 A show of "intricately designed and embroidered paintings" by the Italian artist Angelo Filomeno opens on Thursday, December 18, 6 to 8 p.m., at Galerie Lelong (528 West 26th Street). For the exhibition, "The House of Magic Affection," over a dozen recent paintings and two sculptures will be on view and the artist will be present during the opening. The exhibition is on view until the end of January. 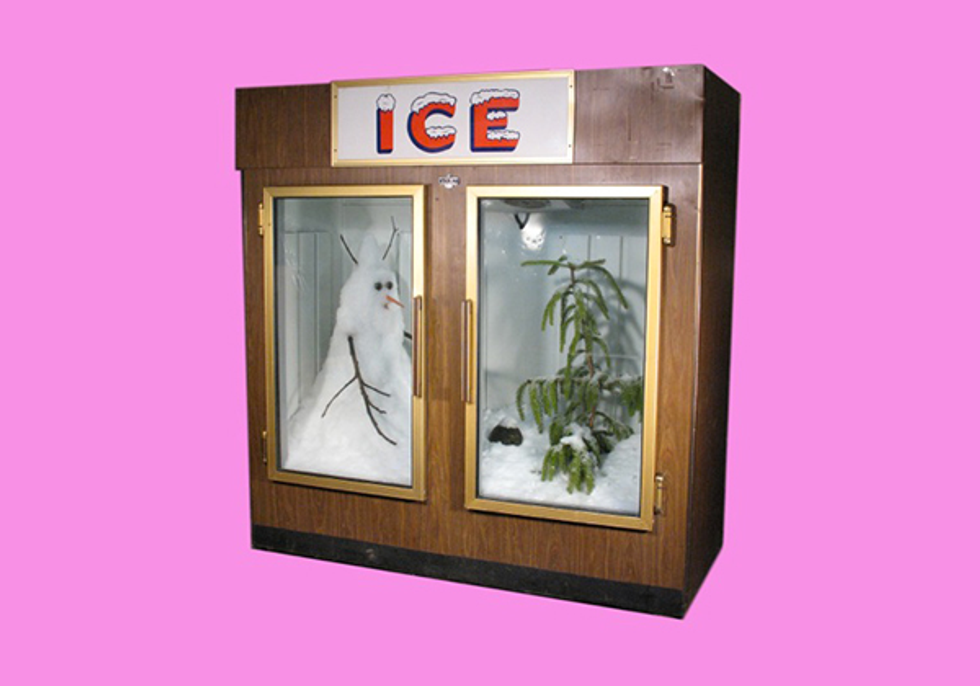 On Thursday, December 18 there's a reception with the artist Bruce Conkle for his exhibit "The Wooden Carrot" at Frosch & Portmann (53 Stanton Street), from 6 to 8 p.m. Conkle, who lives and works in Portland, Oregon, explores "man's place in nature" with his Captive Snowman series featuring "real snowpersons" on "life support" in big freezers -- don't forget to pay the electricity bill. 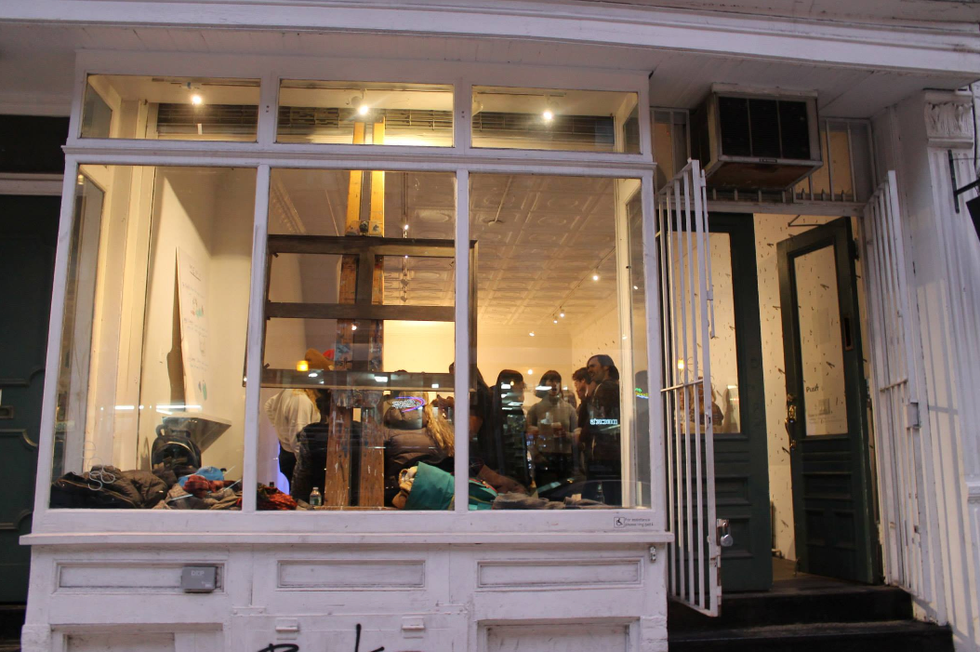 The closing reception for New York artist Chris Domenick's "You are Apple/Pear" is also on the 18th from  6 to 8 p.m. at RECESS (41 Grand Street). Domenick explores the "historical genre of the still life and its accompanying fruit basket" using three photography still-life tables and a blender on a "kitchen island." 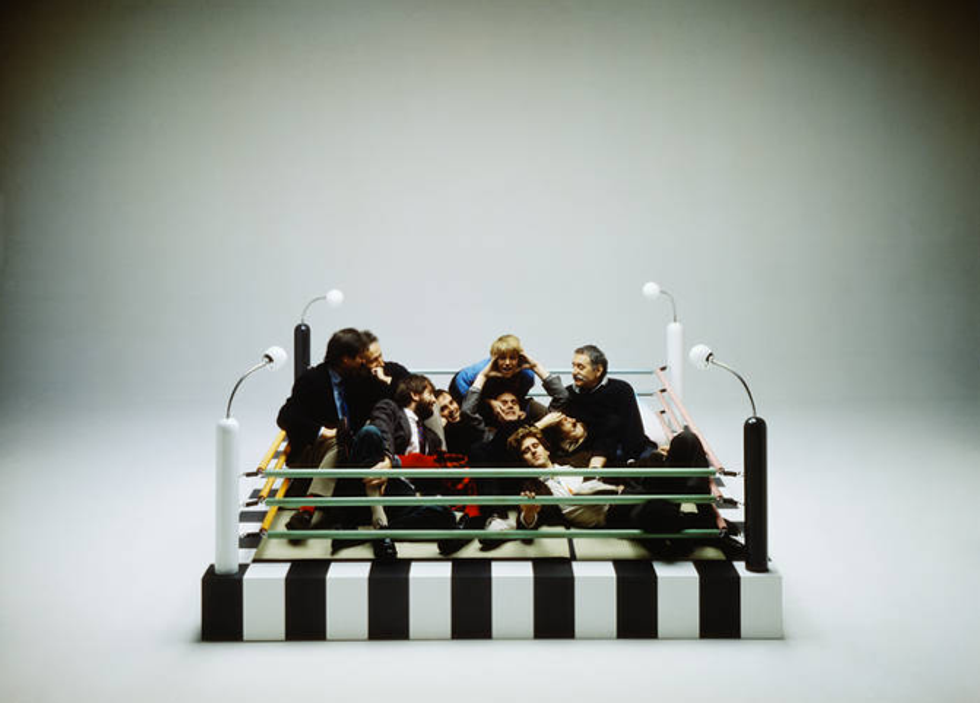 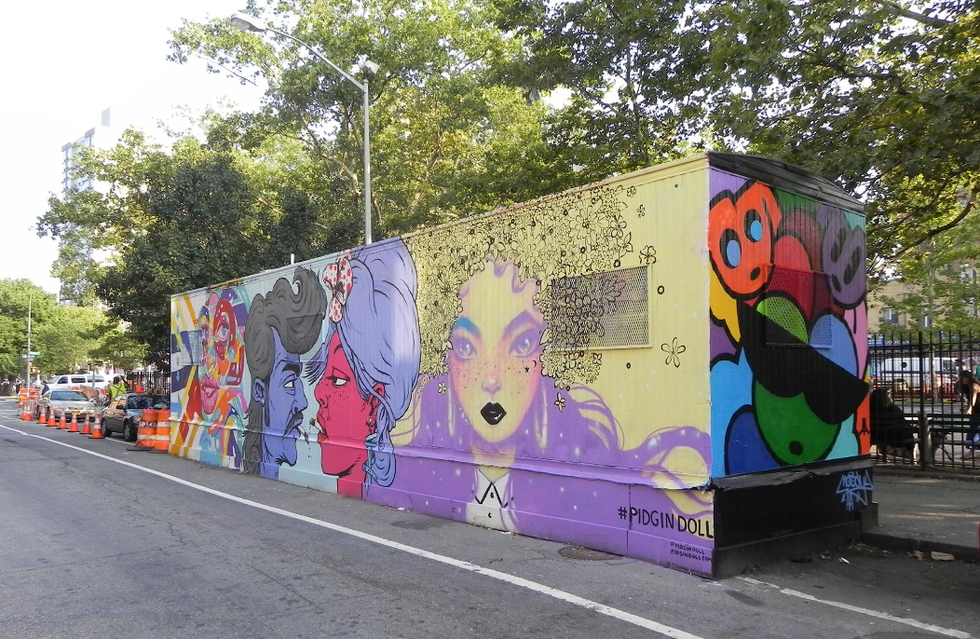 The artists participating in the sixteenth edition of the Centre-fuge murals will be working all weekend from December 18th to the 21st, covering a trailer parked at First Street and First Avenue. The results will then be on view through February 12th, 2015. Look for works by Arbiter, Basil Sema, BK, Foxxface, Joshua David McKenney, Lexi Bella and others. For three years, this public art project has transformed a DOT trailer into a rotating street art gallery. 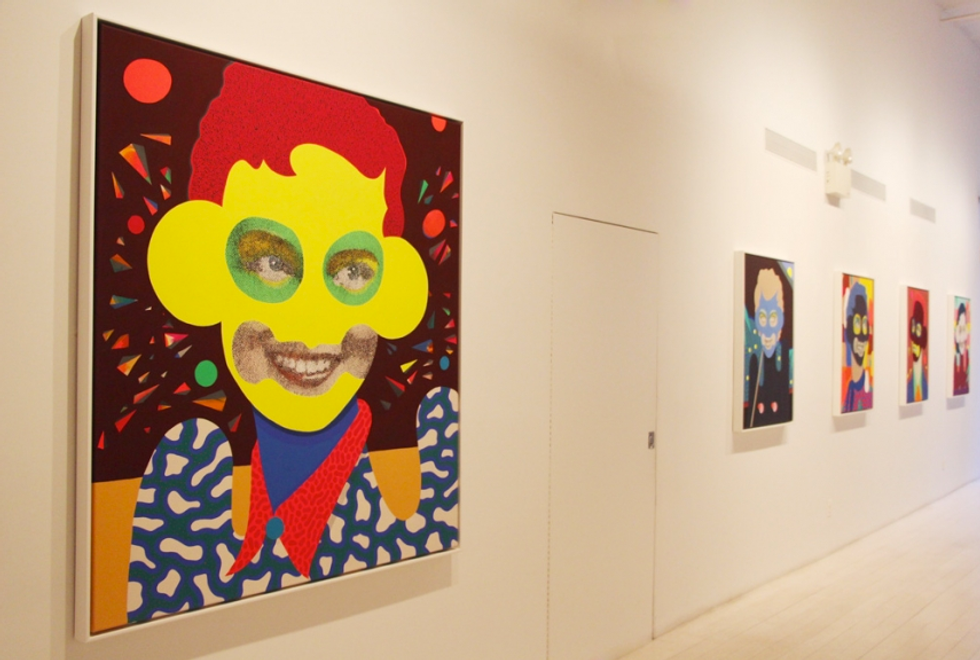 Check out the current show, "2033, Original Works Created in 2014," by the UK artist Paul Insect at Allouche Gallery (115 Spring Street) up through January 11th.