Things are little slow on the gallery-opening front here in NYC.  Why?  Everybody is off to London. 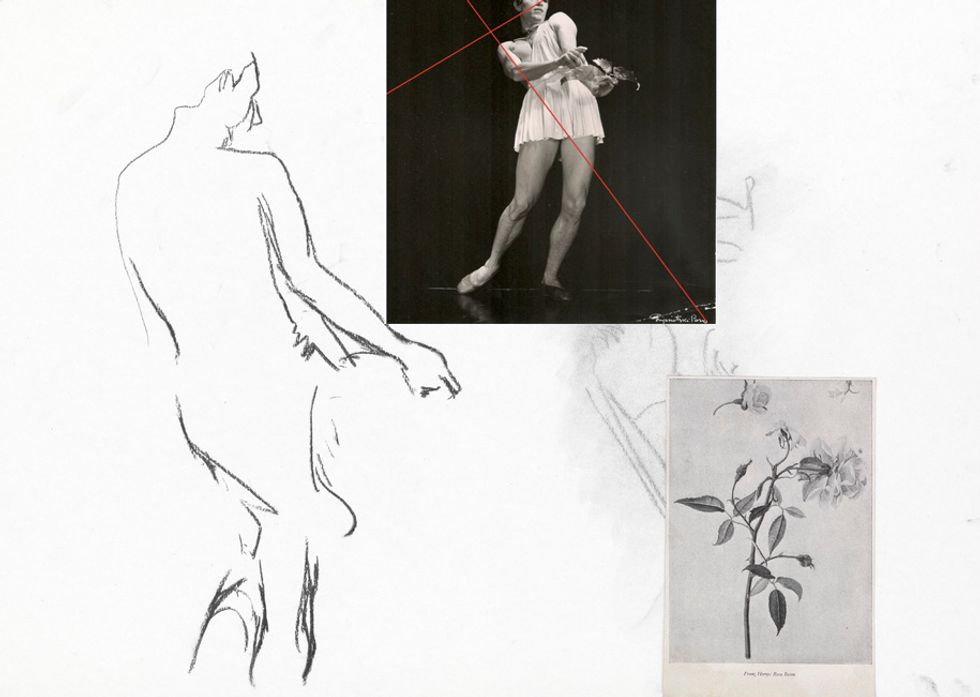 Nick Mauss.
The latest editions of FRIEZE London and FRIEZE Masters open this week and run through October 18th in Regent's Park. This year, they invited UK designers Barber & Osgerby to tweak the interior of the fair's tent -- that's the duo that worked on the Ace Hotel in Shoreditch.  FRIEZE also started a new spin-off called LIVE where they've asked several galleries to present dance and performance art. Kim Gordon and DJ Juliana Huxtable are doing a collab, dance performance with New York artist Nick Mauss and the Northern Ballet.

The London art and design fair known as PAD is also running from October 15 to 19 in Berkeley Square; the Moniker Art Fair, the Other Art Fair  and Kinetica are all in the Old Truman Brewery; Christie's has their Multiplied Art Fair in South Kensington from the 17th to the 20th; and the Sunday Fair takes place from the 15th to the 18th at the University of Westminster.

Cooper Hewitt and El Museo del Barrio are hosting a series of programs on the impact of Latinos on American design.  The free events kick-off on October 15th, 6:30 to 8:30 p.m., at EMdB's El Teatro (1230 Fifth Avenue at 104th Street) with three "fashion legends": Maria Cornejo, Francisco Costa and Narcisco Rodriguez.  Watch for more presentations coming up in the new year. 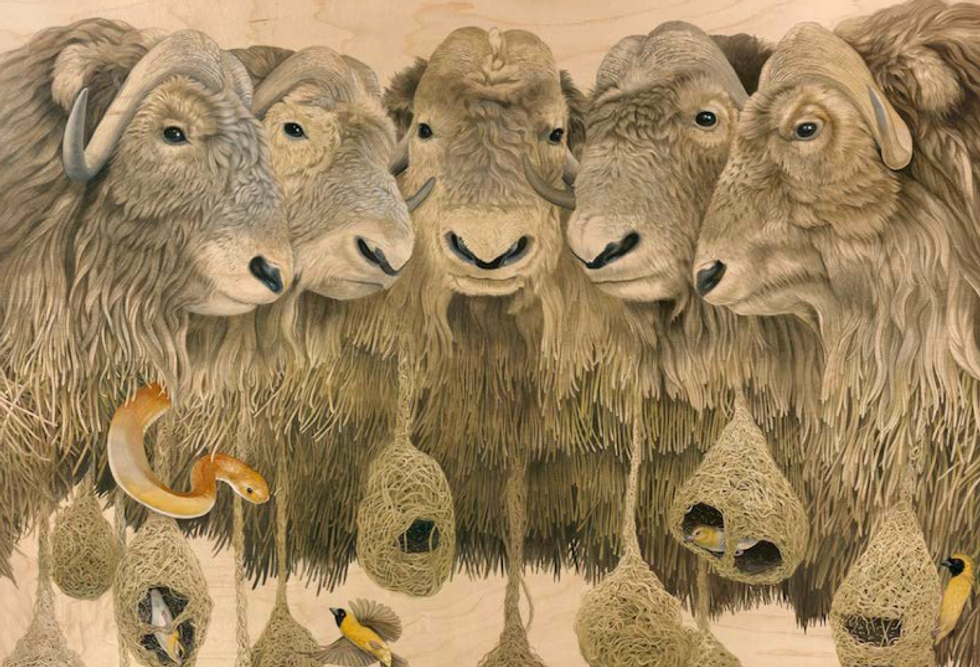 Strength in Numbers by Tiffany Bozic
On October 16th, 6 to 8 p.m.,Joshua Liner Gallery (540 West 28th Street) opens two new shows: "Qualia" by Tiffany Bozic and "Likelihood of Confusion" by Alfred Steiner.  For the former, Bozic "explores the notion of how we perceive information and experience the world around us" and the latter, Steiner "reflects on the pervasive nature of media and advertising."  (Our apologies to both for the overly-simplified descriptions.)  Both shows are on view until November 15. 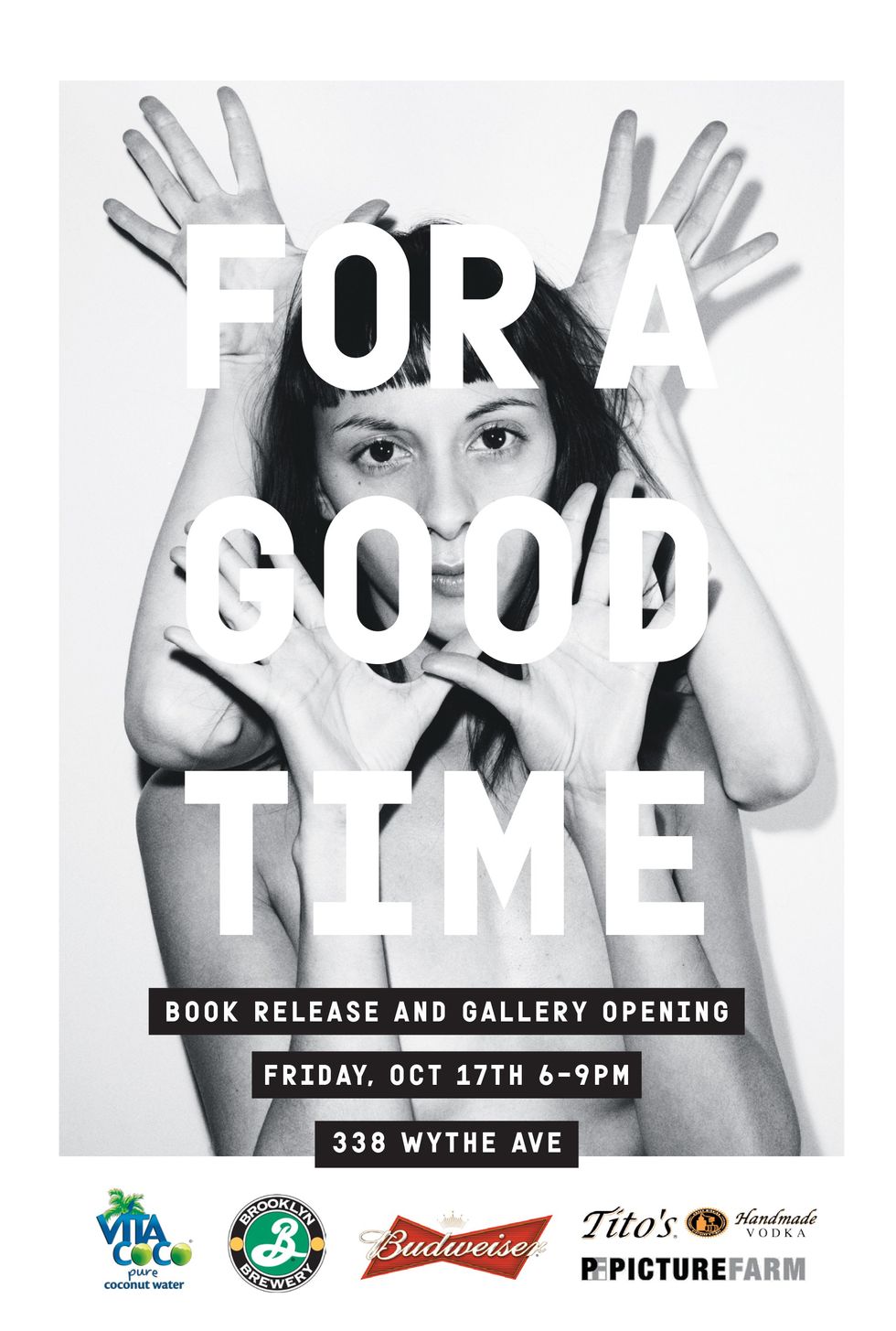 NYC-based artist (and Paper contributor) Eric T. White has a solo show of large-scale photographs at Picture Farm (338 Wythe Avenue, Brooklyn) opening on Friday, October 17, 6 to 9 p.m.  The exhibition, "For a Good Time," features White's "re-imagining of the classic nude photo," plus there's an accompanying 68-page monograph featuring 46 photos in an edition of 1,000.  Up until October 25th. 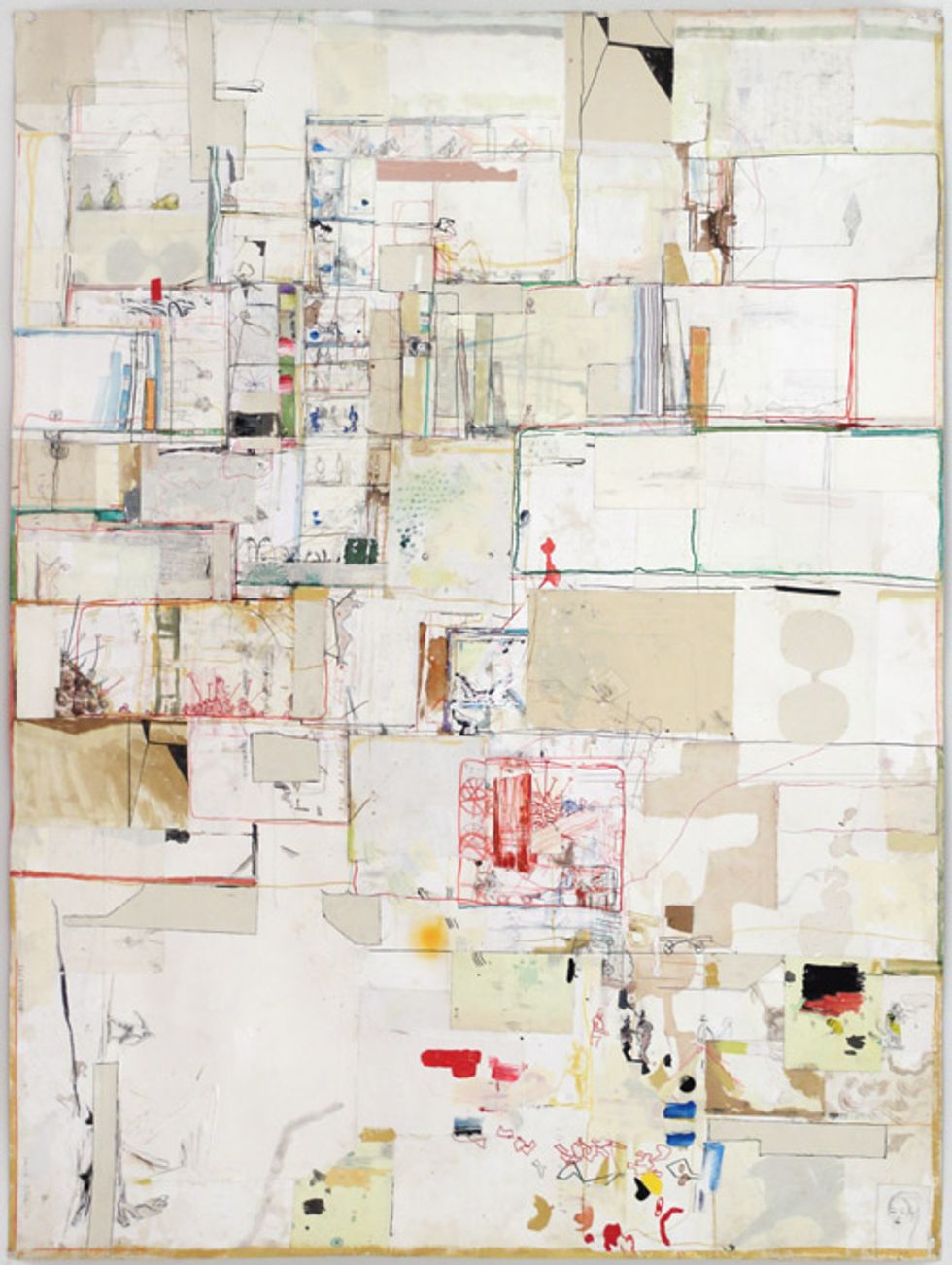 Jack Shainman Gallery ( (524 West 24th Street) opens an exhibition of new works by the acclaimed contemporary artist El Anatsui on Saturday, October 18th, 6 to 8 p.m.  The show is one half of a two-part collab with Mnuchin Gallery (45 East 78th Street), but the second part on the Upper East Side doesn't open until October 28th.  These are the artists first shows since his big 2013 exhibition at the Brooklyn Museum. 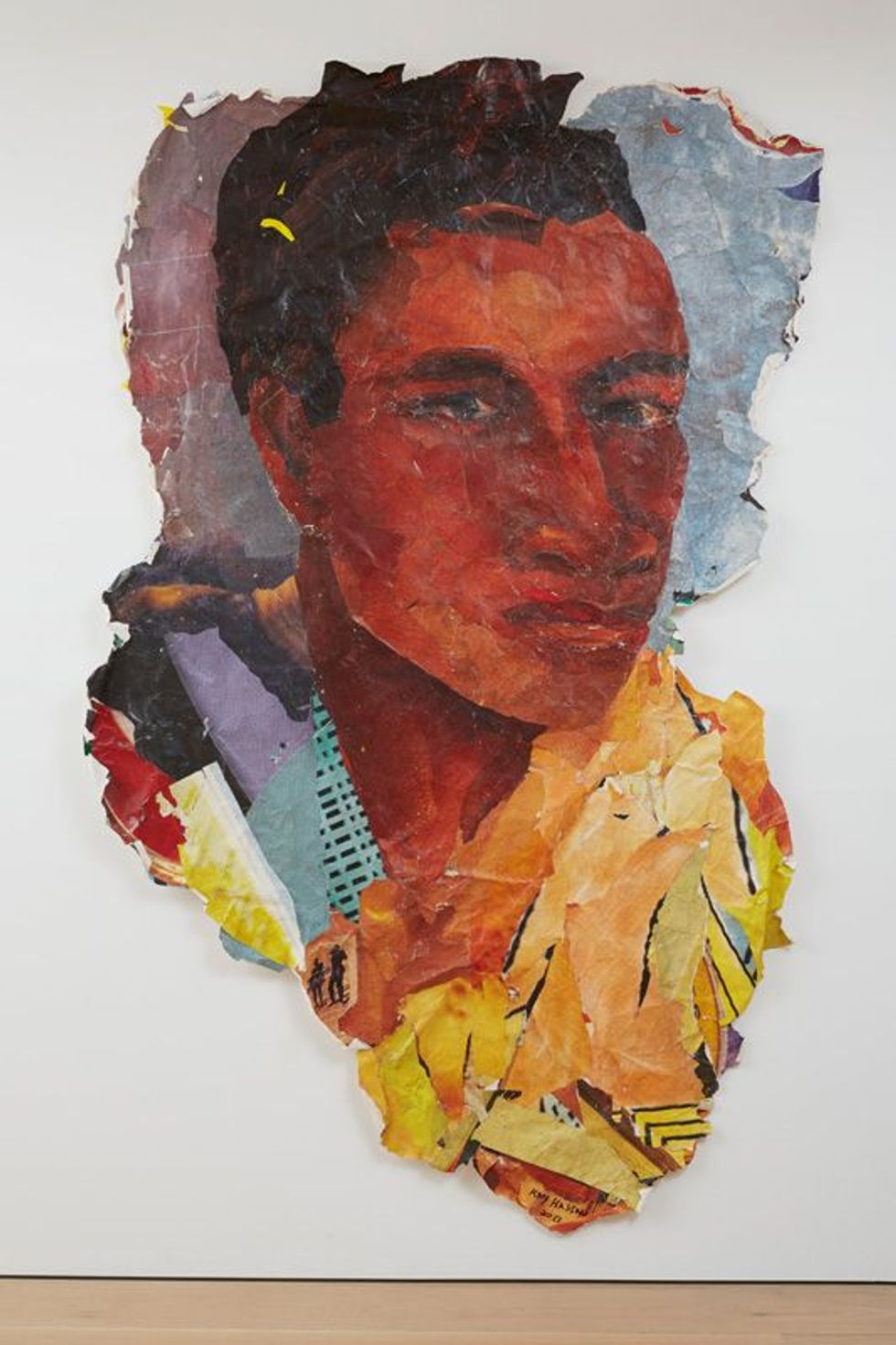 Kay Hassan
Shainman also has another show, "Everyday People," opening on the 18th at his 513 West 20th Street space.  It features recent work by the South African artist Kay Hassan including "portraits created from scraps of discarded billboard posters" and an installation called "Passage of Time" that includes "a collection of vintage radios playing old-school classics like Billie Holiday and Count Basie."  Up until November 15th. 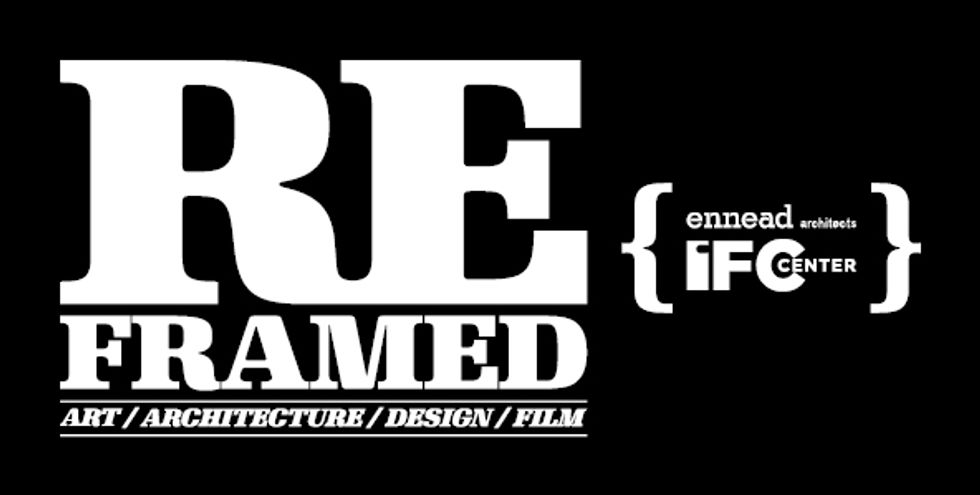 If you're in Times Square around midnight, be sure to check out the "takeover" of all the electronic billboards by Japanese artist Ryoji Ikeda with his work called "test pattern (times square)".  It only lasts for 3 minutes, 11:57 p.m. to midnight, and will on view every night until October 31st. 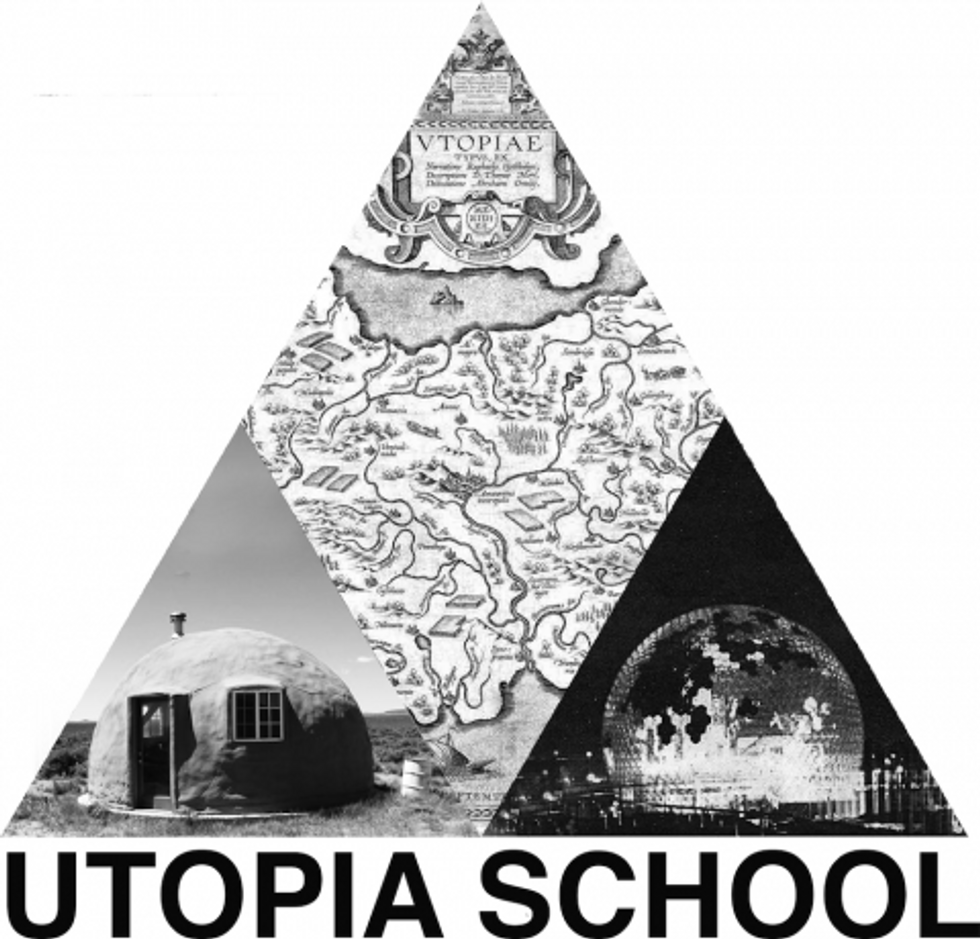 Also still running until the end of the month is Flux Factory's "Utopia School" (39-31 29th Street, Long Island City).  Here's their description: "Utopia School is a month-long social center hosted at Flux Factory for the purpose of studying Utopian experiments throughout time, as well as practicing our skills towards building new free spaces and practices. These classes, screenings, discussions and games will be connected by the essential question: What kinds of information are useful for re-imaging the future?"