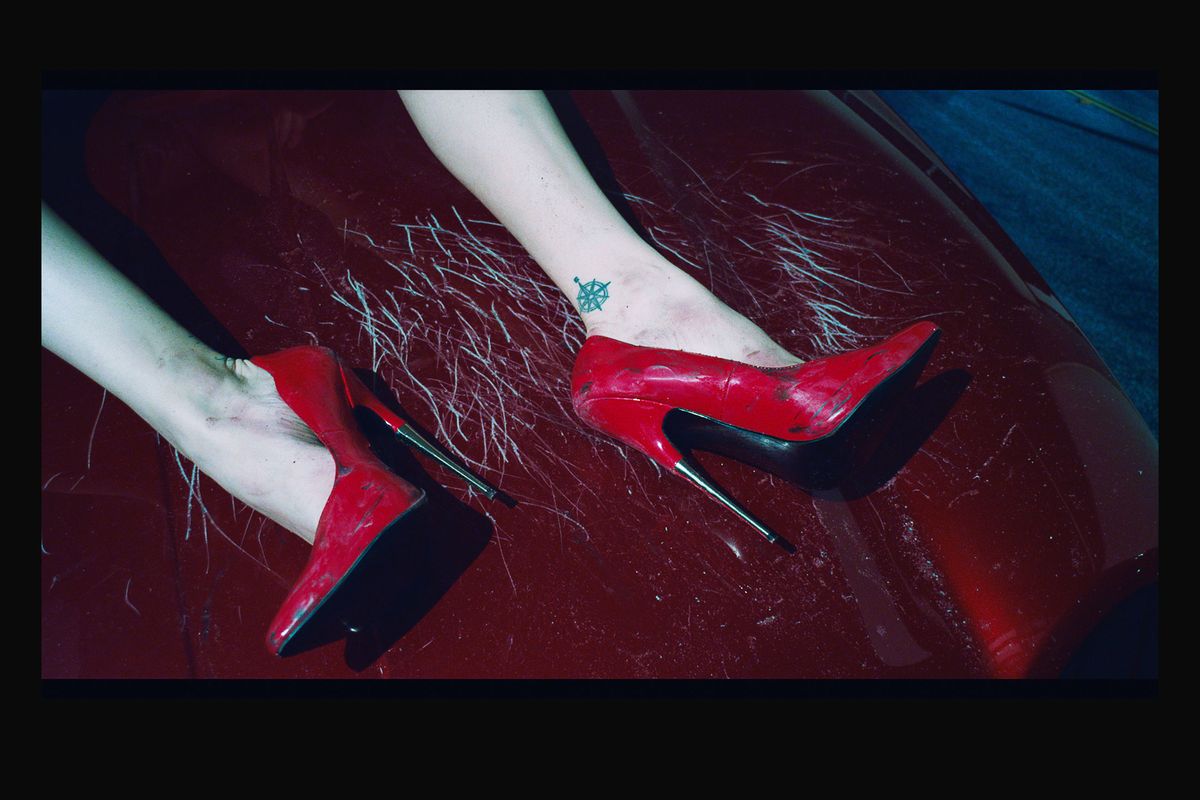 
Half Gallery's Bill Powers moves into Andre Saraiva's Cafe Henrie (116 Forsyth) for a series of one-night-only exhibitions starting Thursday, September 28, 6 to 10 p.m. Austin Eddy is first up, and he's showing three new paintings. Paul Sevigny follows on the evening of October 19. Before moving to its current location on the Upper East Side, Half Gallery was housed on Forsyth.

From Steven Klein and Visionaire

Visionaire 67 FETISH launches September 29 with a limited edition of 200 hand-numbered copies, each with 10 archival photographic C-prints by Steven Klein. These "art prints" are a first for Visionaire co-founders Cecilia Dean and James Kaliardos. To coincide with the release, a large-scale print from the series is featured in Sotheby's (1334 York Avenue, 10th floor) "Photographs" auction on October 5. The auction's pre-sale exhibition runs from September 30 to October 4, 10 a.m. to 5 p.m. daily except Sunday, when they open at 1 p.m.


From September 28 to October 1, you've got a great opportunity to check out Zaha Hadid's incredible building on the High Line at 520 West 28th Street. DUPLEX put together a group art exhibition called "Timeshare" in several of the building's apartments, along with a program of 30 short films that will be screened in the building's private IMAX theater. The film series, "Reframed," was programmed by Candace Moeller and Rebecca Celli — with around 10 different films screened daily, Thursday through Saturday and selected works on Sunday. All the details are HERE.


The FLAG Art Foundation (545 West 25th Street, 9th floor) opens the first U.S. survey of Ashley Bickerton on Thursday, September 28, 6 to 8 p.m.. and on view to December 16. Bickerton lived and worked in NYC in the early 80s and was part of the East Village gallery scene. His work sometimes combines painting, photography and sculpture into something he refers to as "Commodity Art." He moved to Bali in 1993, where he still lives.

Check out the "Casual Art Fair" in Seward Park (Essex & Hester) on Sunday, October 1, noon to 6 p.m. Part of the Hester Street Fair, this second-annual event "plays with the context" of the normal art fair by creating an affordable space for everyone: galleries, collectives, retail, DJs, performers, food etc. It's FREE and open to all.


@GirlSeesArt has a pop-up group show called "Uncommon Beauty" opening on September 28, 6 to 10 p.m., at 208 Bowery. On view until October 12, the exhibition features nine artists that look at "subjective beauty ideals" via various media. The first 100 visitors get a signed print by Lara Minerva and a tote bag. This is the first show curated by the popular Instagram blog.

MoMA opens "Items: Is Fashion Modern?" on October 1 and on view until January 28, 2018. The exhibition, organized by Paola Antonelli, features 111 items of clothing and accessories from the 20th and 21st centuries. Look for everything from Levi's 501 jeans to Y-fronts and safety pins — all with a focus on the object, not the designer.

Jack Shainman Gallery (513 West 20th Street) opens "Andres Serrano: Torture (2015)" on September 28, 6 to 8 p.m., in their newly-renovated space. The images demonstrate Serrano's reaction to the treatment of Abu Ghraib detainees. This is the artist's first gallery exhibition in NYC in nine years. Up until November 4.


Sara Kay, founder of the Professional Organization for Women in the Arts, is opening a gallery on Thursday, September 28, 6 to 8 p.m., at 4 East 2nd Street. The inaugural exhibition, "A Limitless Vision," is a survey of Audrey B. Heckler's collection of outsider art.

ONGOING AND WORTH CHECKING OUT:

Cooper Hewitt (2 East 91st Street) looks at "Design in the Digital Age" via Dutch designer Joris Laarman and his team. Now thru January 18, 2018.