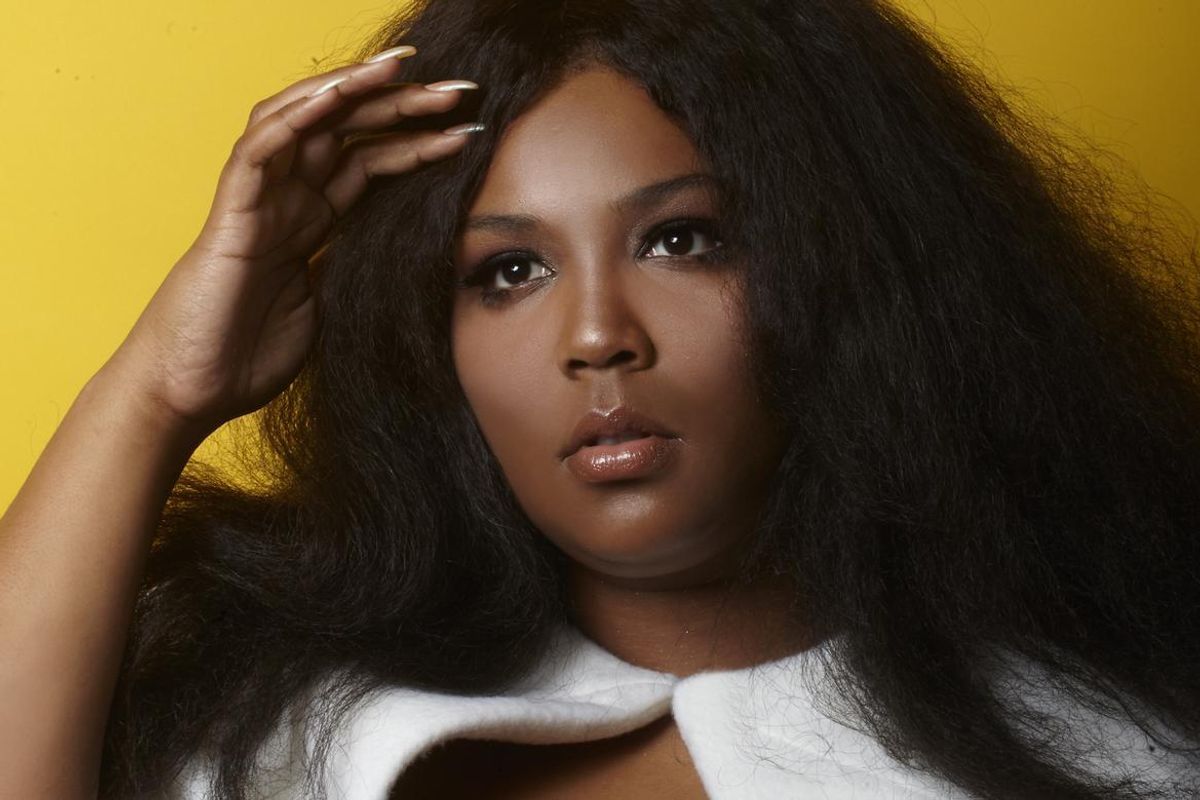 While Adele and Justin Bieber dominated our playlists last year, our eyes are on the new wave of hitmakers coming in 2016. It's looking like next year will bring releases from David Bowie, Santigold and maybe even Britney Spears, but we're placing our bets on 10 up-and-coming artists from the pop, hip-hop, R&B and rock worlds that will make waves. So give these acts a listen and be on the look out for big things from them all in the new year.

Body-positive rapper (and PAPER Beautiful Person) Lizzo is one artist you don't want to sleep on in 2016 . The 27-year-old can simultaneously rap about Sixpence None The Richer ( "Batches and Cookies") and be brutally honest about being comfortable in your own skin. She just released a new record BIG GRRRL, Small World last month and opened for Sleater-Kinney on their reunion tour this year. Next year you'll be able to catch her on quite a few tour dates in the U.S.

The latest band you should be listening to from Philly's vibrant DIY scene is indie-folk duo Kississippi. The band just released their latest EP We Have No Future, We're All Doomed in November, a dreamy record perfect for winter and getting out all of your feels. Fans of Waxahatchee, Hop Along and Sharon Van Etten will be enamored by the band's woozy, wintry vibe.

Day Wave is the solo project of Jackson Phillips who makes dreamy, melancholy jams. If you missed his debut EP, Headcase, this year, now is the perfect time to get caught up before he puts out his next tracks in early 2016. If you love Real Estate and Best Coast, Day Wave is the happy medium between the two.

Brit multi-instrumentalist/singer/producer Jack Garratt is something special. Through R&B-infused electropop beats, he makes music that hits you square between the chest. If you need any more proof of Garratt's street cred, he just won the 2016 BRITS Critics Choice Award. His debut album, Phase, is slated to be released February 19th, 2016.

LA four-piece Transviolet is making a name for themselves with haunting pop music that's found fans in Katy Perry (she gave their song "Girls Your Age" a shoutout on Twitter) and Google (the band is featured on the most recent Android commercial). With only one self-titled EP out, we're expecting a lot more to come from them next year.

New Orleans is lucky to have Pell. The 22-year-old rapper just released his latest album LIMBO last month, produced by TV On The Radio's Dave Sitek. Pell's music is genre-fluid touching on R&B, pop and gospel and collaborating with everyone from synth-pop artist White Sea to rapper G-Eazy.

It's easy to think that Joseph is actually one person but, in fact, Joseph is a trio of sisters who play dark folk-pop that will make you cry (in the best, most cathartic way possible). The band released their debut record Native Dreamer Kin back in 2014, but we're betting there's going to be more to come next year, especially since Spotify thinks they're bound to break in 2016.

Scottish singer KLOE makes music that's 'pop AF' according to her Facebook profile. At 19-years-old, the up-and-comer is recently signed to IAMSOUND (the label home to Charli XCX and Florence + The Machine) and knows how to make dramatic pop songs that will get stuck in your head. Her debut single "Touch" is going to be your new go-to pop jam. We're hoping there's an EP coming in early 2016.

Athens, GA band Mothers write songs that serve as raw confessionals, revealing a beautiful vulnerability that shows through singer Kristine Leschper's vocals. With debut album When You Walk A Long Distance You Are Tired coming in February, we're excited to see people catch onto their sound.

Sweden really does have the best pop music, and LÉON does little to disprove our theory. The 21-year-old makes relatable breakup gems, which you can hear on her debut EP Treasure.