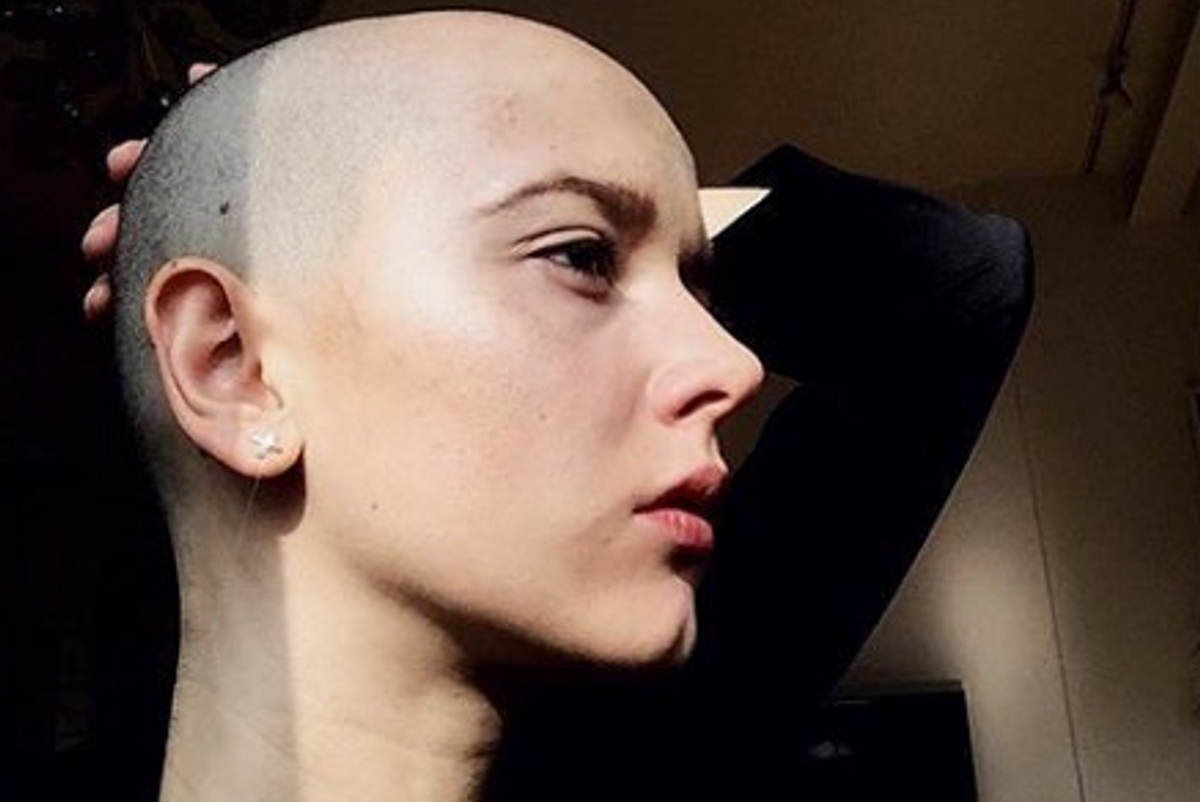 It's festival season and although there are so many gals ripping the music industry a new one, there are still a whole lot of female musicians who aren't getting the recognition they deserve. These 10 artists hitting SXSW this week, however, are not only über-talented and queens of cool, they also prove women are more than capable of holding their own on the bill.

Tei Shi, the Argentinian indie pop singer now based in Brooklyn, performs at SXSW this year on the heels of releasing her debut album Crawl Space. The singer, whose 2013 EP Saudade was named a "layered masterpiece" by Noisey, combines shimmering vocals, pulsing basslines, sultry synths and a vulnerable-yet-cool-girl attitude to create something at once both familiar and new.

LA duo-now-quattro Girlpool have been on the rise for a hot min now. Best friends and founding members Cleo (guitar) and Harmony (bass) are carving out their own path in music, both sharing the lead vocals for their gauzy folk-rock tracks. While Girlpool have just released their second album Powerplant incorporating a full band (drums and all), the record still has the DIY-punk vibes that made the two who they are. These girls are on the rise and you might just kick yourself for missing them.

If you like your pop served ice cool with a bit of Polish bite you'll like Brodka. The Pop Idol alum (she won when she was 16) could not be less of a reality star. Her vibe is mid 60s, electro-alt-pop, it makes you want to lose your friends, drop a tab and dance alone in the middle of a crowd like it aint no thang. The songstress has a huge European following, which only got bigger after 2016's Clashes, which was her first English album. This girl is one to watch, both at and outside of SXSW.

Recommended track: "Up in the Hill"

This 25-year-old Chicago native and former spoken word poet has had a hell of a year. In addition to releasing her highly anticipated mixtape Telefone to critical success, Noname was named one of Forbes Hip Hop Cash Princes of 2017 - alongside Young M.A. as one of the only two women on the list. The talented lyricist is an early Chance the Rapper collaborator, gaining instant notoriety for her verse on "Lost" from his 2013 Acid Rap mixtape and joining Chance, T.Pain, gospel singer Kirk Franklin, and Eryn Allen Kane on the jubilant "Finish Line/Down" on 2016's Coloring Book. Noname's practiced, soothing flow touches on such profound themes as life, death, God and love in the aftermath of grief. Though she's already been in the game for a minute, we have a feeling she's just getting started.

The 22 year-old-singer and songwriter behind Rihanna's smash hit "Bitch Better Have My Money" credits her musical upbringing for her finely-tuned ear. The daughter of a guitarist, and Bourelly says she "learned music like another language" as a child. Now, Bourelly uses her songwriting prowess to channel the pain she experienced as a child and a teen, first when her mother died of cancer and then during her turbulent teenage years, getting into trouble in the streets of hometown, Berlin. The young songstress released two EP's last year to critical acclaim: Free the Real (Pt. I) and Free the Real (Pt. 2), and penned another Rihanna song for her cult album Anti, "Higher." Bourelly's unique voice, expressive lyricism and signature fearless attitude make her an exciting artist to watch.

Recommended track: "What If"

It's rare that you see women making straightforward punk music, which makes Bleached, the Los Angeles-based band composed of three women, that much more of an anomaly. Nevertheless, Bleached consistently deliver the most fun punk music around. I have a hard time believing you'll be able to get through one of their sets without throwing a fist in the air and jumping around the crowd.

Recommended Track: "Can You Deal?"

Colleen Green is from Massachusetts but her music sounds right in place in L.A., where she currently lives. The 32-year-old solo artist ("Colleen Green isn't a band, it's a person," she once said) has built a legion of fans anxious to hang onto her every last word, which she's very good at putting together. Her last album, 2015's I Want to Grow Up, proved that she had what it took to match the effortless success of bands she admires like The Descendants, and it only seems to be getting bigger from here.

Sylvan Esso have only released one album so far but that self-titled record was fun, energetic, and assured enough to amass the duo a very loyal following. Lead by the powerhouse voice of Amelia Meath (formerly of Mountain Man), the band's particular sound—all looped vocals, tongue-twisting lyrics, and bass-heavy synth beats—is the kind that sounds even better live than it does on your Apple earphones (if that's possible).

The name Jamila Woods first became recognizable when the 27-year-old R&B singer appeared on Chance the Rapper and Donnie Trumpet's uplifting "Sunday Candy" to sing the chorus. The singer, who, like Chance, hails from Chicago, doubles as a music teacher but that didn't stop her from releasing one of 2016's best albums in the form of the immaculate HEAVN.

After dropping the viral hit "Glen Coco" in 2014, Chynna quickly took the underground rap scene by storm. The New York-via-Philly musician has a flow that's smooth as butter, effortlessly switching from rapidfire delivery to a sing-songy cadence that makes her music anything but stale. The 22-year-old models in her spare time, but it's apparent that music is her first passion—and thank God for that.