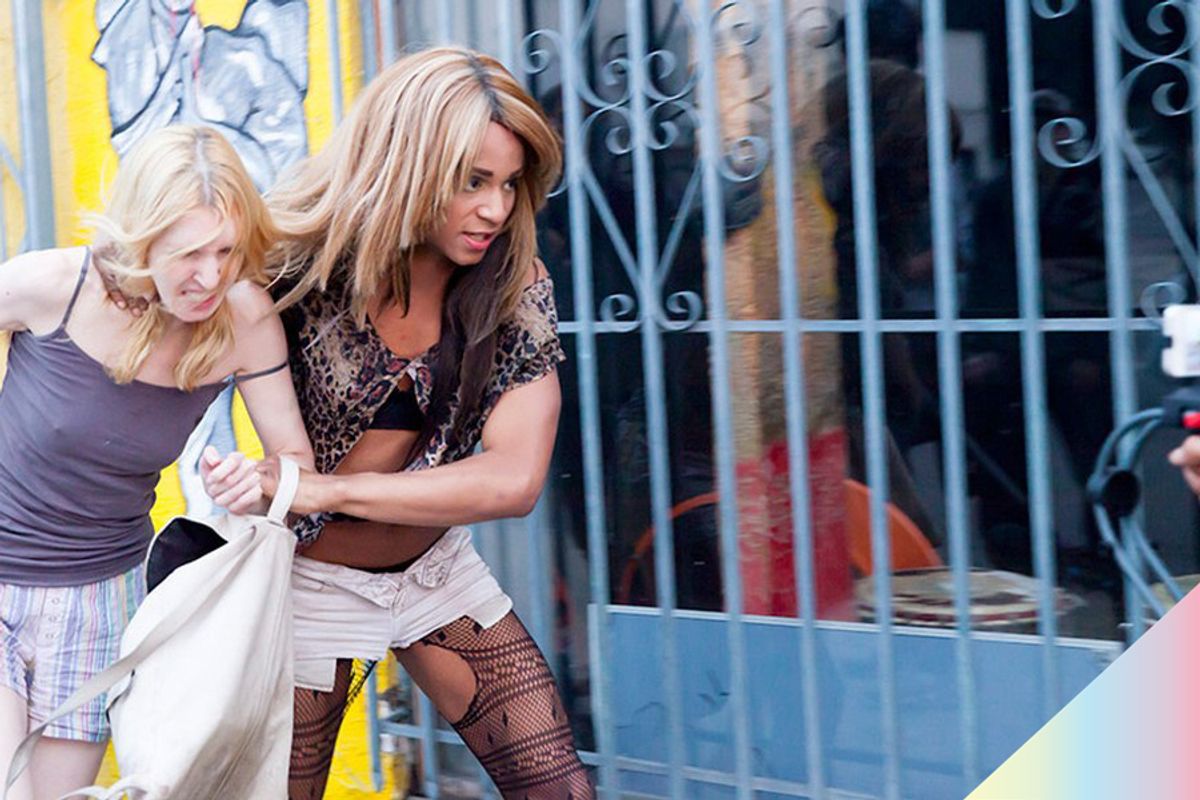 10 Great Queer Movies You Can Watch on Netflix Right Now

There's nothing more fun than hitting up all the parades and parties you can during Pride Month. But sometimes, you're just not in the mood and prefer to wind down at home and pop in a good (or laughably horrendous) movie. The Pride festivities outside shouldn't prevent you from taking some time to yourself, but to keep the Pride spirit going, we collected some of the best films that you can stream from your trusty Netflix account. Whether you're throwing a Pride movie party or taking your popcorn and wine to bed, we've got your movie needs covered.

You can never go wrong with watching anything David Lynch on movie night, but Mulholland Drive is just perfect for a Pride celebration — creepy enough to give you a good spook, creative enough to keep your eyeballs peeled, confusing enough to keep you intrigued, and queer in a way that's utterly confident right-off-the-bat.

The Way He Looks

Many times, attraction happens not due to looks, but because of one's personality and soul, something that especially rings true in The Way He Looks. Blind high schooler Leo is striving for love and complete independence, and on that journey, starts to fall in love with a boy named Gabriel, who gets close to Leo while working on school projects and starts helping him manage life on his own.

Bare doesn't seem to be up to much on the surface, but what lies beneath is a raw and well-stylized portrayal of a potentially dangerous relationship. Dianna Agron portrays a young woman in the hot Nevada desert, whose attraction to another woman leads her on an adventure full of drugs, psychics, and unexpected stripping, which becomes a path to accepting her sexual liberty.

Quick flings and one-night-stands are something that everyone is used to dealing with, but no movie goes more in-depth on fleeting relationships than Weekend. Strangers become lovers for the weekend as gay men Russell and Glen discuss becoming something more than a weekend fling, a meaningful watch in the age where app-originating hook-ups and online dating are especially prevalent in the gay community.

Blue Is the Warmest Color

There's nothing quite as naive or innocent than a person's first love, but those feelings become even more complicated when a teenager realizes their first attraction is to the same sex as themselves. Blue Is the Warmest Color portrays this common coming-of-age story with vividness and grace, showing 15-year-old Adele as she accepts her love for another woman and deals with the sexual and heartbreaking emotions that come wit it.

Paris Is Burning depicts how ball culture created by black, gay, transgender, and Latinx people in New York City shaped the gay culture and slang we love and celebrate today, calling attention to the contributions of oppressed minorities and how they made balls and clubs a safe space for all of us today. The legendary documentary is a must-watch for anyone even remotely interested in what it means to be loud and queer.

Milk portrays the life of Harvey Milk, the infamous gay rights activist and first openly gay man to be elected to any public office in California, with remarkable accuracy and a penchant for emotional impact. Starring an all-star ensemble of actors including James Franco and Sean Penn in the title role, and written by openly gay screenwriter Dustin Lance Black, the movie landed eight Oscar nominations, with Black and Penn winning for their tremendous contributions.

Transgender representation is film is always important, but especially when its done with as much humor and emotional cadence as Tangerine. The edgy film follows a transgender prostitute, Sin-Dee, and her trusty sidekick Alexandra as they attempt to hunt down her pimp boyfriend once they find out that he cheated — during Sin-Dee's 28-day prison sentence. It faces the prominence of sex work in the trans community head-on and gives a radiant portrayal of backstabbing and true friendship.

How to Survive a Plague

How to Survive a Plague is one of the more recent documentaries that covers the early years of the AIDS epidemic, and their fight to get support from the government, the medical world, and the public at large. It's an essential watch that teaches the breadth of this deadly disease's impact, still a prominent but sensitive topic in the LGBT community today, and how we can help support those who fight the disease and fight to find a cure.

Because everyone needs a good laugh.