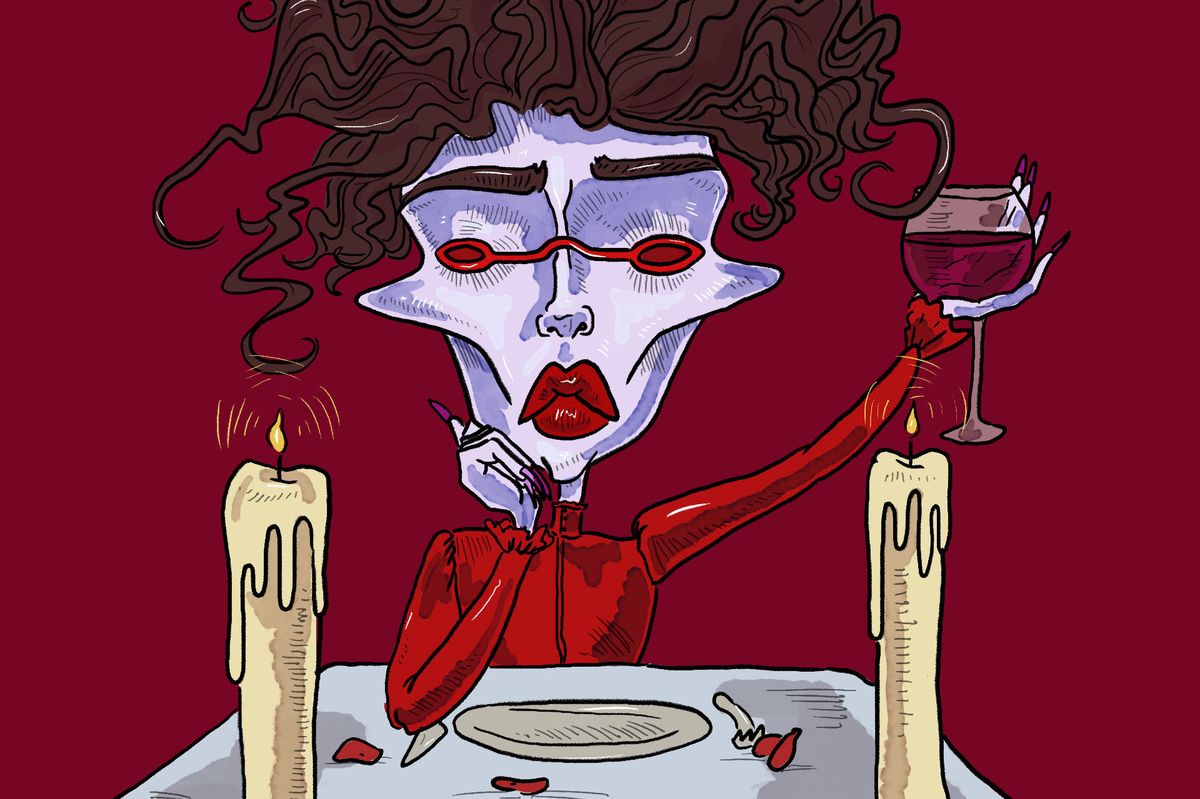 10 Disaster Dates To Make You Feel Better About Being Single

Valentine's Day is just around the corner, and with it, scores of young singles developing a crushing self-hatred as they confirm to their friends and colleagues that yes, once again, they'll be entering this year's holiday dateless and bloated from eating too much Talenti. But it's important to remember that being single and alone is actually, for the most part, much more enjoyable than spending time in the company of another person whom you cannot freely fart in front of. Need proof? Here are 10 dates I've actually gone on that we can both agree are less pleasant than spending this V-Day burrowed under your sheets, avoiding natural light and scarfing down X-tra Cheddar Goldfish.

One time I had sex in my college dorm, while my roommate was in his bed two feet away suffering from the swine flu and pretending to be asleep.

- The man I had sex with was a security guard at the Boston State House.

- In no world would anyone ever call this a date, but I do.

I once went out with a man who confessed he had received botched plastic surgery on his lips and then recommended I got lip injections as soon as possible.

- He said he was trying to quit smoking, but I had stressed him out so much that he bought and smoked two whole packs of cigarettes on our date.

- He had really bad back acne.

- A rat ran over his foot while we were at the bar.

A Tinder man and I met at a bar, and two minutes after seeing me he decided he felt ill and patted me on the back, then never contacted me again.

I once was supposed to bring a man to an open bar party I'd been invited to, and was waiting for him to arrive in the Whole Foods next door. He never showed up and I ended up getting kicked out of Whole Foods for trying to use the bathroom without making a purchase.

- He stood me up again the next weekend.

- He did the same thing to my friend.

- A few months later I was walking down the sidewalk (popping a zit), and I saw him across the street and we made eye contact.

I once was supposed to see a movie with a man off OkCupid, and we decided to FaceTime first to make sure we weren't serial killers. Then I went to the movie theater and he never showed up.

- We were supposed to see Spring Breakers.

- I don't entirely blame him because my voice over FaceTime sounds like a shrill Midwestern housewife who's late to pick up her boys from gymnastics.

- That's also what my voice sounds like not on FaceTime.

I once went on a date with this rapper, and he invited me to come to his show the next week. I showed up with my friends, got really drunk and he left the show without saying hi, so I went into a fancy hotel next door and started bawling.

- The rapper recently texted me asking to promote his new album.

- I'm also pretty sure he doesn't know my name?

- I somehow ended up giving him two crystal wine glasses for free.

Unfortunately the night I lost my virginity I also puked out of a moving cab and kept leaving during the sex to go puke in the bathroom, where I ended up farting really loudly in front of all of his roommates.

- I had a nose zit back then that made me look like Rudolph.

- He transferred out of our school after the experience.

One time I went on a date with a girl and I asked her if we "should kiss," and she said "if you have to ask then the answer is no."

- We had just seen The Curious Case of Benjamin Button.

- My arm started trembling violently while we held hands because I was holding it in a weird position.

- Her dad got in a car accident on the way to come pick her up.

I had a girlfriend in middle school and we kissed in my bedroom for about three minutes, but then my best friend at the time jumped out of my closet and said "gotcha."

- She had orange braces and I had silver braces.

-I was wearing a North Face quarter-zip and shoes made out of recycled car tires.

- I asked her to Homecoming a few weeks later and she said she couldn't because she "had a boyfriend."

I once went on a lunch date with a man and we didn't make eye contact once. He ordered not-yet-shucked oysters, which he proceeded to shuck, flicking bits of oyster juice and flesh all over our corner of the restaurant.

- He told me in detail about his fellowship at the Whitney.

- Yes, he was a performance artist and stood motionless in art galleries with needles sticking out of his skin.

- Again, we did not make eye contact even once.