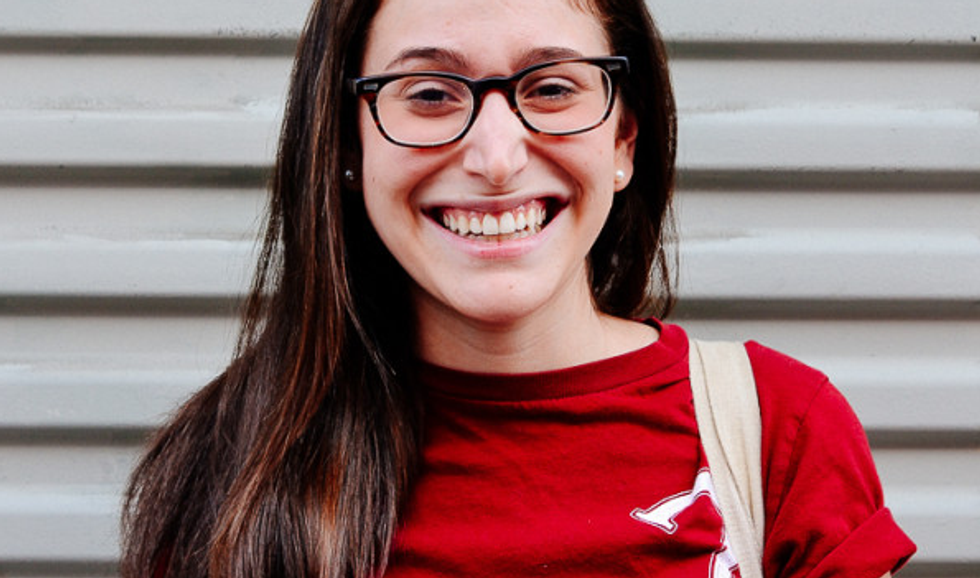 10 Comedians You Need to Know

by Tyler Gillespie
PAPERMAG
What does the host of the Air Sex World Championships have in common with a guy who started a BeyoncÃ© flash mob inside a Target? They're both on our list of ten comedians you need to know now. From stand-ups to YouTube sensations, Late Night writers to cult favorite bloggers, scope our list of the most vital funny people blowing up in 2015, presented in alphabetical order.

If you like jokes about cats, hot men, and insecurity then you'll love Joel Kim Booster. Like a Millennial Jerry Seinfeld, this Brooklyn-based comic has a gift for turning everyday banalities into pithy zingers during his stand-up sets. He's also an award-nominated playwright for Kate and Sam Are Not Breaking Up, and he co-wrote the popular web series Kam Kardashian, about a long-lost K sister. His Twitter game is on point, too.

Recommended: No Fats, No Femmes, No Asians: Adventures in Identity

A few take-aways from watching Gaby Dunn's videos: she loves Doctor Who, likes to hang out with her "close friend" Jill, and she "didn't come to this Open Mic to fuck you." Aside from those fun facts, this LA-based writer and performer mixes sharp wit and social commentary in her stand up sets, and she's currently helping write a "reboot of SNICK" for Nickelodeon. Keep an eye out for her on your Facebook feed, starring in a BuzzFeed video or two.

Recommended: Gaby Dunn Gets Back On Stage

In case you need some convincing about why you should start paying attention to Cameron Esposito, know this: Jay Leno once called her "the future of comedy" plus she's really good at wearing jean jackets and/or vests. Currently on tour around the country, Esposito recently released her comedy album Same Sex Symbol, boasting the tracks "Woman Who Doesn't Sleep with Men" and "Buy or Steal Kids," and, along with performing, she also writes a stellar bi-weekly column about comedy for The AV Club.

Recommended: Her standup set on The Late Late Show with Craig Ferguson.

It's only a matter of time before Todrick Hall takes over the entertainment industry. This former American Idol contestant sings, acts, orchestrates BeyoncÃ© flash mobs in Target, and produces hilarious parody videos like "All that Azz" and "Bitch Perfect." He's a pop culture mash-up who recently went on a holiday tour called "Twerk the Halls" and is set to have his own docu-series on MTV this year. Basically, he gives the internet all the LIFE (#splitsontrees).

Recommended: "I Really Don't Eat This Much Salad"

Conner O'Malley was the guy in high school who always wore black hoodies and cracked sarcastic jokes and who now, somehow, grew up to be cool. A writer for Late Night with Seth Meyers, O'Malley also stars in off-the-wall videos on Funny or Die and created an A+++ Vine series where he yelled at strangers in fancy cars. As well as in the internet sketch group Sad On Vacation, he performs with the Upright Citizen's Brigade group "Good Girl." Whenever we've seen him perform, he's weirded us out. And that's a compliment.

Recommended: The Shrek is Real

If there's one thing Rebecca O'Neal knows about, it's the comedy hustle. Once a writer for places such as Vanity Fair and Gawker, O'Neal left New York for Chicago to focus on stand-up. And it's starting to pay off. In the past two years, she's performed at Portland's Bridgetown Comedy Festival, at the Laugh Factory, and on NPR.

Mallory Ortberg rules the internet -- well, at least a corner of it where bookish people swap jokes. Co-creator of the popular blog The Toast, Ortberg writes thoughtful essays and tweets on topics ranging from Jonathan Franzen to Lisa Simpson. We're obsessed with her ongoing series "Mallory Captions Western Art History" and have a soft spot for her new book, Texts from Jane Eyre, published this past November.

One of the first times we saw Wes Perry was in his one-man production Don't Act Like A Girl, which, among other things, told his coming out story. After this show, we knew we had to see him perform as much as possible. His comedy is bold and on any given night you might see him mixing everything from burlesque to improv and show tunes. In Chicago, he currently hosts the show No Boys Allowed at the Annoyance Theatre.

The only thing bigger than Chris Trew's beard is his bonkers stage personalities, which include the professional wrestling manager and rapper Terp2it. He's released three albums under this moniker and headlined comedy festivals around the country. One of the leaders of a growing improv movement in the South, he co-founded the New Movement comedy studio in Austin, Texas in 2009 and he has since launched its sister-theater in New Orleans, where he currently resides. Also, FYI, he's the host of the Air Sex World Championships.

'Twenties' on BET Proves Everyone Starts From Somewhere