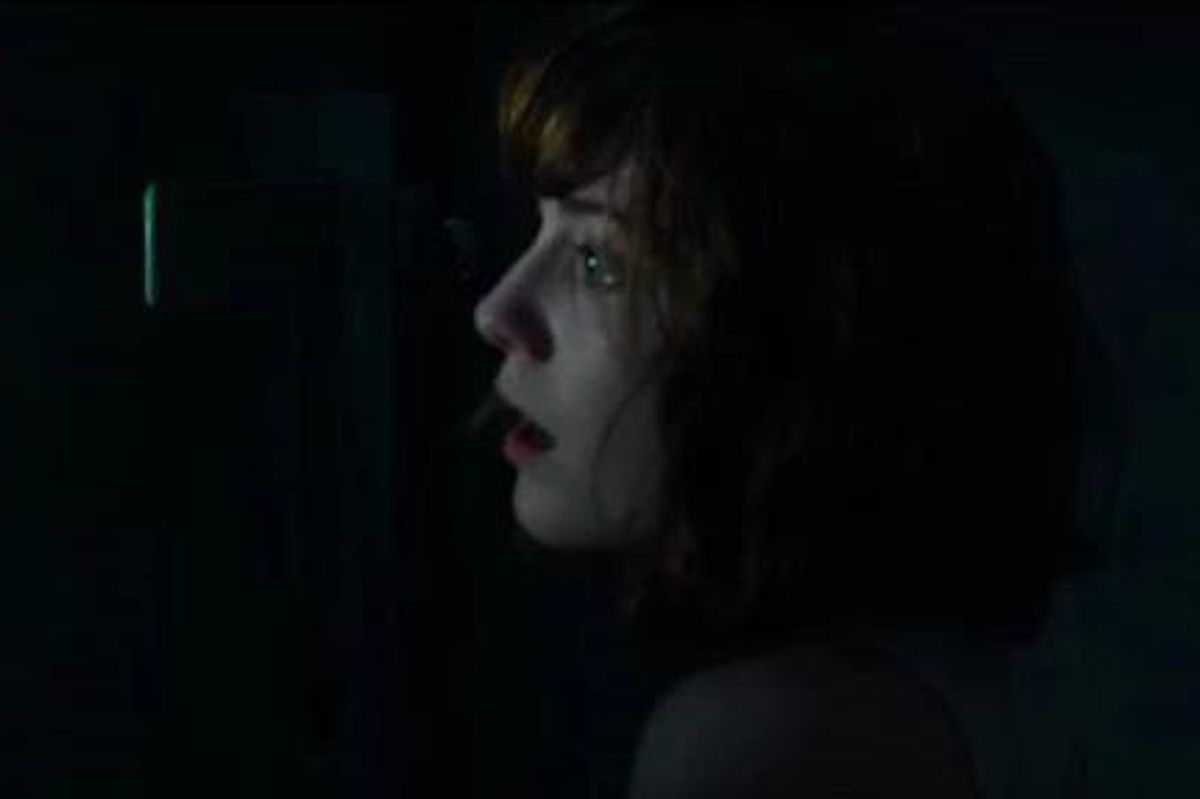 The movie, out March 11th, is described as a 'spiritual sequel' to 2008's Cloverfield--the found footage/monster movie where a behemoth creature from the ocean destroys Manhattan.

As with the marketing for the first film, not much is explained in the 10 Cloverfield trailer, but we see the trio of actors playing board games in an underground bunker, while Fun Boy Three's cover of The Go-Go's "Our Lips Are Sealed."

They're periodically distracted by thunderous booms shaking the ceiling--hinting that perhaps the monster from the original, or some other gargantuan evil, has since moved on from NYC, and is laying waste to the world above.

Quickly, we understand the movie's tag 'Monsters Come In Many Forms,' as the bunkmates begin turning on each other--Goodman appearing to be the most dangerous, (or maybe the most sensical).

An apocalyptic thriller with elements of The Shining and Misery? Sign me up!