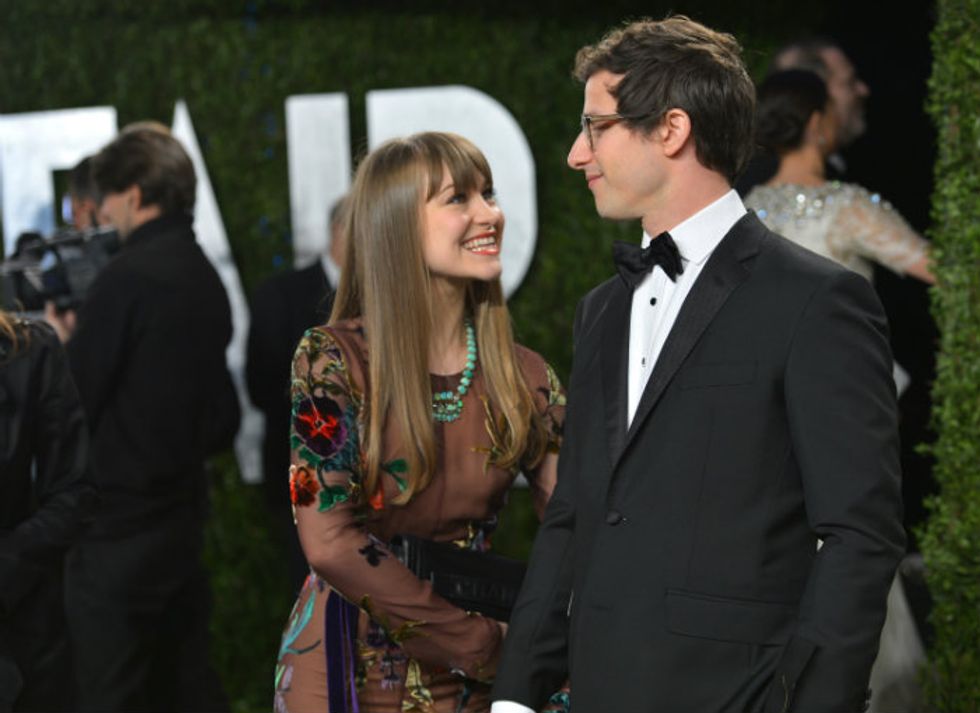 With the recent breakups of Chad Kroger and Avril Lavigne and Jennifer Westfeldt and some dude named Jon Hamm, the venerable institution of celebrity romance has come under fire yet again. It's part of a long tradition of proclaiming the death of love after big, visible breakups, which is kind of weird when you think about it -- is the ability of other, famous people to stay in a long-term relationship (at least publicly) indicative of the strength of the concept of love and commitment? Maybe! (Then again, maybe Western ideas about romantic love really should just die already?) At the very least, there are still a number of celebrity couples for you to latch on to, in case you'd forgotten. Here are the ten celebrity couples keeping hope alive for you:

Chris Pratt and Anna Faris
It's hard to imagine this couple's home life as anything other than adorable and goofy. They got together before Pratt's meteoric rise to superstardom from The Guardians of the Galaxy through Jurassic World (even before he started appearing on Parks and Rec), while Faris stars on underrated CBS sitcom Mom. Think about what it's like when they both get back from a long day at the office. -- Eric Thurm
Ellen DeGeneres and Portia De Rossi
One of the more inspirational celebrity duos, the marriage of Ellen and Portia was one of the first high-profile gay weddings, and as much as she's now mostly associated with her daytime talk show and taking selfies, Ellen's role as a pioneering out celebrity is hard to understate. These two have been going strong for over a decade -- let's hope they keep going. -- ET
(via Getty)
Andy Samberg and Joanna Newsom
Maybe one of the most confusing couples ever, comedian and actor Andy Samberg quietly married artist Joanna Newsom in 2013. Do you think after he comes home from the set of Brooklyn Nine-Nine, Andy Samberg listens to Joanna Newsom play the harp as he lies on the couch with his eyes closed? Do you think they feed each other grapes? We definitely didn't write any fan fic saying that. Nope. -- ET
(via Flickr)
Rhea Perlman and Danny DeVito
These two had a rough patch a few years ago, separating briefly after 30 years of marriage -- which, god bless -- but reunited and are still going strong as showbiz' ultimate cool af lovebugs. Plus, they dress their dachshunds in tutu dresses. Mad respect. -- Elizabeth Thompson