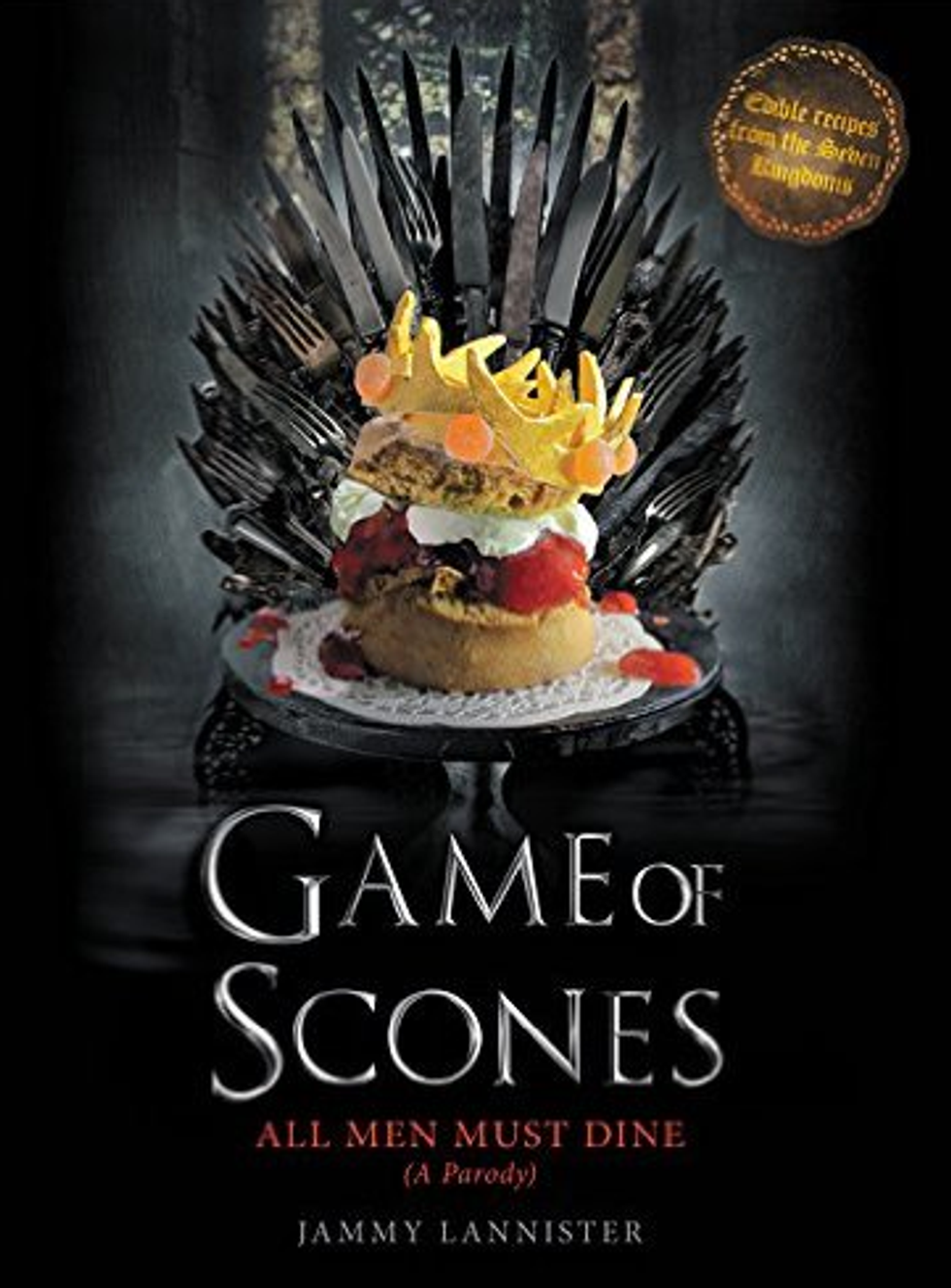 10 Books You Should Be Reading This Fall

It's fall, which means we're entering cuffing season and an excuse to never leave our apartments. But whether you find that winter fling or not, there are still plenty of great ways besides "Netflix and Chill" (R.I.P.) to keep yourself busy while you hibernate. Take a cue from all the kids back at school and stock up on some of this season's best reads, ten of which we've chosen below.

"I don't care if you don't believe me. The best secrets are beyond belief," writes singer/mode/ actress/PAPER cover star Grace Jones in the introduction to her memoir. A few revelations: "Shaving my head led directly to my first orgasm;" "I went on a ride with the Hells Angels once;" and "[Fela Kuti] just tried to marry me and my sister Pam."

Game of Scones: All Men Must Dine (A Parody) (November 10)
Jammy Lannister

The name says it all. The dessert cookbook is divided into cleverly-named sections (eg. "Dinner is Coming"), and the author behind the pseudonym is a well-kept secret. The best picture in here features an "Oberyn's Smashing Surprise" -- a chocolate egg decorated like a face and filled with red jelly so that when you press on the "eyes," the thing explodes into a gory, faux-bloody mess. Another recipe calls for "some meringue, some strawberries, and some cream" alongside "a whole lot of incestuous loving."

Patti Smith can do no wrong. She has enjoyed a stellar music career, exhibited drawings, and won the National Book Award for her memoir, Just Kids. Now she's back with a travel memoir featuring her dreams, her participation in "the Continental Drift Club" (an obscure society within the global earth-science community), a reference to Comme des GarÃ§ons, and a photograph of Sylvia Plath's grave. Smith relates her travels to Berlin, French Guiana, Mexico City, Scandinavia, and beyond. Could she be any cooler?

Vertigo is the latest from Dorothy, a small press in St. Louis that publishes two books, mostly by women, per year. Walsh, a British writer and illustrator, composes clear, lyrical prose about women at odds with the people that surround them, from strangers to family members. In Paris, at an oyster restaurant, around archeological ruins, on a plane, and even at home, the narrators of Walsh's stories struggle to understand their positions in the world.

If you're a Marilyn Monroe fan, this one's a must-have. The book includes rare and unseen photographs, behind-the-scenes notes, and interviews. The multi-talented Wills is known for his work as an author, independent curator, photographic preservationist, and editor. Marilyn: In the Flash is the most recent of his glamorous productions.

If you're into sweeping multi-generational novels that weave together romance, violence, and history, Isabel Allende's work is a safe bet. In Allende's newest installment, Alma Belasco escapes Poland in 1939 for San Francisco, where she lives with her aunt and uncle and falls in love with the son of their Japanese gardener. Another storyline involves a friendship between Alma's grandson and a careworker many decades later.

Over the past ten years, Scott Schuman made a name for himself by photographing people and their clothing around the world. The Sartorialist: X brings together some of his most intriguing images, often arranged to surprise -- two bikini-clad women on a beach, followed by two gray-haired women in a small town, followed by a man swinging a cricket bat. If you need a little fashion inspiration this season, check it out.

Lincoln Michel may be best known for editing Electric Literature, a go-to site for artist interviews, reviews, long-form essays, and short fiction. Now, Michel is showcasing his own writing talents in his first book, a story collection. In "Our Education," the teachers have disappeared from a grade school, and "The River Trick," features an apartment building in which most of the tenants are trying to commit suicide. Need some light to read by? Michel is working on a candle with writer Tanwi Nandini Islam as part of her #GetLit series of candles inspired by contemporary books.

Sean Smith's biography of Kim Kardashian West just goes to show that no matter how many hours of reality television you tape, or how many selfies you take, there's always more to the story. Smith dives into the megastar's childhood, sex tape, divorce, clothing, and more. There are details about North West and Caitlyn Jenner, but the story is, of course, really all about Kim.