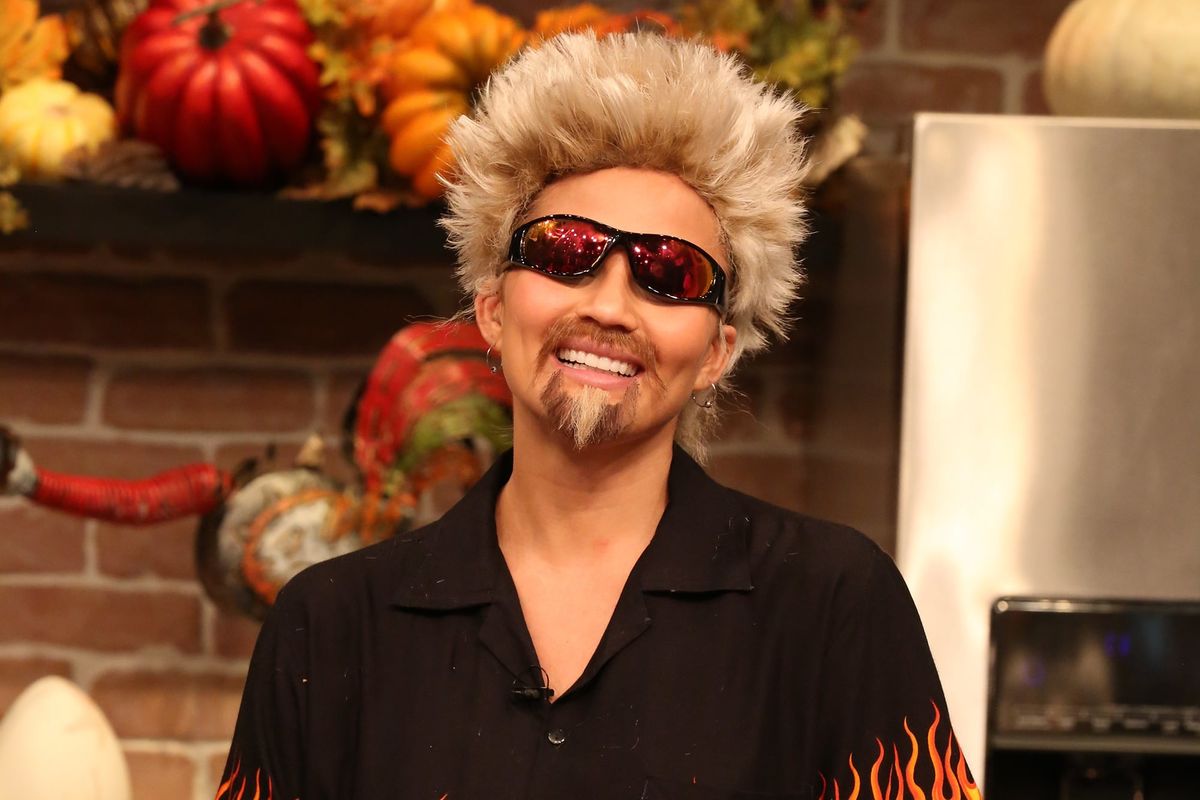 Celebrities pulling out all the stops for Halloween is hardly groundbreaking. They are, after all, (ostensibly) rich, have the resources for creative outsourcing and likely grasp the headline-generating industrial complex which can see them overtaking the celeb news cycle for 15+ minutes with a creative, over-the-top or eye-catching costume. Halloween's a prime opportunity for a celeb to show off their pop cultural lexicon as well as their sense of humor. With no dearth of Barbies, Catwomans and Poison Ivys to look back on, with Halloween (and Thanksgiving) 2020 canceled, what better time than now to revisit some of the best A-list costumes of years past.

Celebs like Beyoncé, Heidi Klum and Neil Patrick Harris are just a few celebs who have become both regarded and celebrated for how seriously they take their costuming each year. "It was my mom's favorite holiday and every year since I was a kid, we would dress up as our idols or try to outdo our costume the year before," says actor Colton Haynes, who could have had more than one entry on below's list if I were feeling more generous.

Below, a look at 10 of my favorite celebrity Halloween costumes from years past.

The next best thing to a Harry Styles-Elton John duet (which I'm confident we'll get in our lifetime) has to be Styles' take on John's iconic sequined Dodgers uniform, first worn by John at his 1975 sold-out Dodger Stadium shows. With this look, Styles did what Taron Egerton could not.

Lupita Nyong'o as Dion from 'Clueless'

As Richard Wright once said to Samantha Jones in a hand-written letter on Sex and the City: "Style for style." And that's exactly what this look is, with one of Hollywood's most stylish leading ladies paying homage to one of cinema's most memorable (and quite unsung) style icons, Dionne Davenport. Bonus points to Nyong'o for including the nose ring and bedazzling Di's gigantic cell phone.

For lovers of a deep cut reference, this is some step-right-up worthy fare. It's a costume that works without context (dude has a really bad bloody nose!) but is enriched when you realize Sprouse is parodying a bloodied Fabio after he got hit by a goose on a Busch Gardens roller coaster in 1999.

Game honoring game. The year was 1998 when Cher stepped out at Bob Mackie's Halloween party dressed as Cleopatra. When Trinity The Tuck sings "the body is here" in RuPaul's song "Category Is," she's clearly speaking about this Cher look, which even gives her iconic naked dress a run for its money.

It's simple, but effective; DIY but creative. For Halloween 2017, soon-to-be Selina Kyle Zoë Kravitz and her equally sexy husband Karl Glusman stepped out as Tyler Durden and Marla Singer (AKA Brad Pitt and Helana Bonham Carter) from Fight Club. 20-plus years after the film's release, the fact that this image unquestioningly evokes the film's gritty/putrid appeal while also making me reverse course on my "please no more remakes/reboots" rule has allowed this moment to live, as the blue birds say, rent free.

"She represents so many qualities I have on the inside," Haynes says about his Miss Piggy costume, which is equal parts mesmerizing and terrifying and took the actor 6.5 hours to get into. It's less Pigathius Lee and more if Miss Piggy ditched her fellow Muppets and started an OnlyFans. The breast prosthetic is Jaida Essence Hall-level fierce.

Sometimes it's less about the execution and more about the concept, a point Katy Perry proved when she brought Jane Lane to life with her pal Shannon Woodward as the titular Daria Morgendorffer. Simple but effective. And though she'd go on to a "bigger is better" approach in the subsequent years (as a Cheeto in 2014 and as Hillary Clinton in 2016), the less ostentatious proved her best step up to bat yet.

Not since Bethenny Frankel v. Kelly Bensimon have two titans of the kitchen converged. Perhaps the only memorable thing to come of Tyra Banks's short-lived FABLife was Teigen conjuring some serious drag king je ne sais quoi with her take on the mayor of Flavortown.

Nobody tries harder than Rita Ora, and here is an instance where that pays off. This is less costume and more transformation. It shows a commitment to the bit, time, effort and money, all things Ora has to give. The creativity is a C+ at best, but the execution and commitment to the bit really bump up the score on this one.

Nobody goes harder at Halloween than Heidi Klum, but it's an effort that more often than not pays off. From her Planet Of the Apes-inspired look in 2011 to her old lady in 2013, Klum showed her willingness to not just get the job, but get the job done. But her best look came with a little help from prosthetics when she brought Jessica Rabbit to life in 2015. It's unhinged and therefore exactly what the doctor ordered.

In keeping with the putrid spirit of 2020, we can't dole out praise without casting at least a brief aspersion:

It was a cultural setback. The year was 2013. HBO had just canceled Enlightened. Robin Thicke was a person with name recognition. And Ellen, still riding high, decided to step out as Nicki Minaj for the Halloween episode of her show. Eliciting extreme "thanks, I hate it" energy, the look sets up a joke without a punchline, setting its sights on parody and landing somewhere between cringe and the hand over face meme. This costume would serve as something of a spectre of the years to come. Haunting!