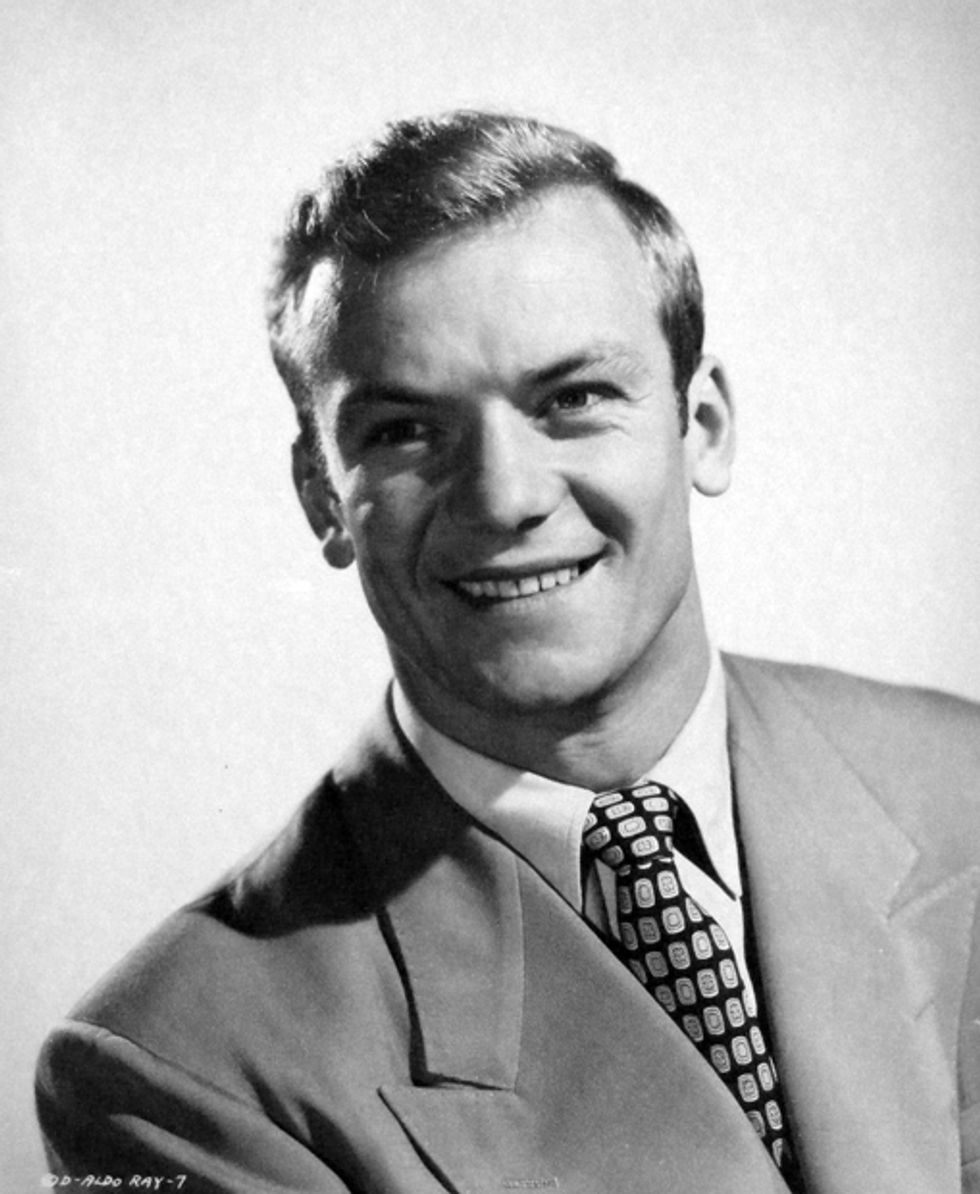 Movie star hotties are not exactly a new phenomenon. Come with me into the fan mag mentality of days past, when film icons were always worth mooning over. Here are 10 titillating pinup types of the golden age. All together, they comprise a fabulous list of the husbands that got away, but not in my mind.


ALDO RAY  (1926-1991)
A Pennsylvania-born Italian American, Aldo provided a sturdy film presence with a husky voice and a bit of a twinkle. He played opposite Judy Holliday (The Marrying Kind) and Rita Hayworth (Miss Sadie Thompson) and his presence was always felt. The guy was solid.

TY HARDIN (1930-)
Ty starred in the TV series Bronco and in very of-their-time melodramas like The Chapman Report and Berserk (opposite cougar Joan Crawford). In another remarkable achievement, he's been married eight times. But mainly he's notable for his very handsome Palm Springsy looks, which endure on celluloid.


FRED WILLIAMSON (1938-)
A football hero who became a movie icon a la Jim Brown, Williamson was in one classic film comedy (M*A*S*H), one Liza movie (Tell Me That You Love Me, Junie Moon), and a bunch of exploitation flicks (Black Caesar, Hell Up in Harlem). More recently, he stayed relevant with parts in From Dusk Till Dawn and Inglorious Basterds. Whatever his project of the moment, the man redefines hunk-a-dunka-do.

Via ImmortalEphemera.com
DENNIS O'KEEFE (1908-1968)
O'Keefe became an MGM player in the 1930s and kept working, partly thanks to his movie star looks. He did an occasional quality film, but generally nothing too distinguished (Topper Returns, Dishonored Lady). But who cares? Dennis had a square jaw, nice bone structure, and a lovely bit of a randy look in the eye.

JOHN GAVIN (1931-)
With his chiseled looks, Gavin could portray carnality without even trying. He did three extremely memorable films (Imitation of Life, Psycho, and Thoroughly Modern Millie) and he's also remembered for almost getting to be James Bond and for definitely being the U.S. Ambassador to Mexico from 1981-86. Accept no imitation of Gavin. He's the man for me.

ALAIN DELON (1935-)
Alain was alternately called the French James Dean and the male Brigitte Bardot, but he was his own homme, smoldering in art films like Purple Noon, Rocco and His Brothers, and The Leopard. The guy didn't make it as a Hollywood star, but he did make it as a real-life romancer, having been linked with Romy Schneider, Nico, and other lucky people. C'est si bon.

MICHAEL PARKS (1938-)
A motorcycle riding TV star, Parks played one of the ultimate roles -- a scantily clad Adam in The Bible -- as well as helping populate '60s swinging romps like The Idol and The Happening. Tarantino re-anointed him by putting him in Kill Bill films and Django Unchained. Any movie with him in it is a welcome exercise in Parks and recreation.


KEIR DULLEA (1936-)
A handsome, somewhat otherworldly actor, Dullea debuted in 1961's The Hoodlum Priest and went on to films like the missing person drama Bunny Lake is Missing (in which he played a psycho) and 1968's sci-fi classic 2001: A Space Odyssey, in which he gave Hal a run for his gigabytes. Keir Dullea, not gone tomorrow.


TOM TRYON (1926-91)
From I Married a Monster From Outer Space to the hyped dud The Cardinal, the handsomely cheekboned Tryon didn't attain first tier movie stardom. But he then wrote the book The Other and he also came out of the closet, making it big as a novelist/gay. Interestingly, one of his books was the basis for Billy Wilder's cult film Fedora.

HENRY SILVA (1928-)
A New York actor of Sicilian and Spanish descent, this guy always projected an interesting, uncertain ethnicity and reliably played heavies, with roles in The Manchurian Candidate and Johnny Cool. He was cool all right. Henry had "it."
You May Also Like
Music